Within about a year of construction wrapping up, an upscale East Bay multifamily community has changed hands. 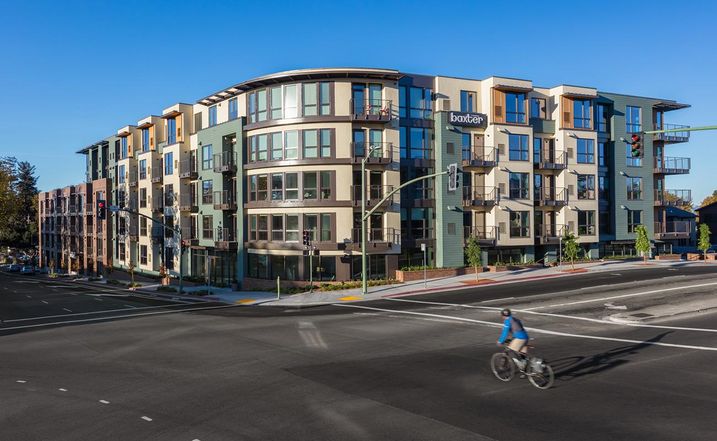 Developer SRM Development has sold Oakland's Baxter on Broadway apartment community for $81M, or about $623K per unit, according to brokerage Moran & Co.

Spokane, Washington-based SRM had worked with equity partner USAA Real Estate on the development of the property, which sits at 4901 Broadway in Oakland's Temescal neighborhood.

The joint venture finished construction last year and filled about 95% of the units by the time it closed on the sale of the property on March 31. The buyer, a family office of Dr. Peter Wang and Grace Wang looking to execute a 1031 exchange, sees Baxter on Broadway as a "generational investment," according to Moran & Co. managing partner Jeff Williams, one of Moran & Co.'s brokers representing the family office.

"[The buyer] liked the growth in Oakland and the quality of the building, which was quite frankly built for a longer-term hold," Williams said.

Baxter on Broadway is near UCSF Benioff Children's Hospital, the Alta Bates Medical Center and the Kaiser Permanente Medical Center, and it is accessible to life sciences hubs in nearby Berkeley and Emeryville.

Amenities include about 7.4K SF of retail space, a fitness center, a bike storage and repair room, a pet washing station and a rooftop deck. The community is also within about a mile of MacArthur and Rockridge BART stations.

One-bedroom rents at Baxter on Broadway start at a little more than $3K, according to Zillow.