As the City of Oakland works to direct its growth, city leaders hope to adopt impact fees in a way that helps support affordable housing, transportation and capital improvements without discouraging development, says Mayor Libby Schaaf. 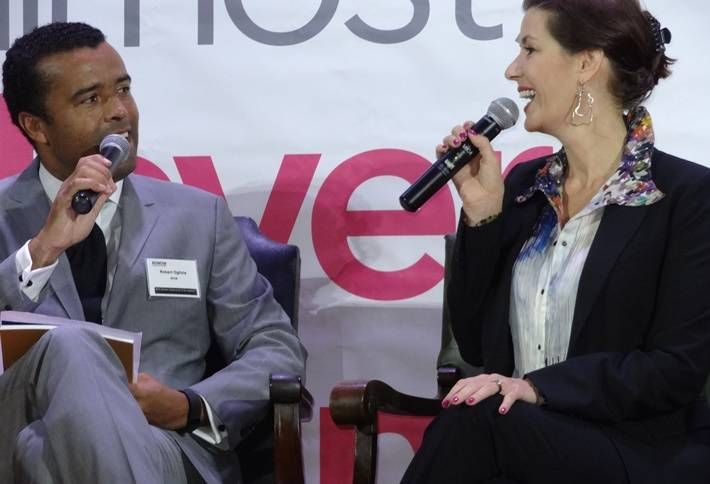 Libby told the more than 400 attendees at our Oakland Construction & Development: Red Hot Real Estate! event this week the city is unique, and it's important to preserve that and help those who have lived in Oakland for generations stay there. Libby spoke on stage at the Scottish Rite Center with moderator Robert Ogilvie, director of SPUR.

She said a comprehensive set of impact fees will be rolled out in an intelligent way, most likely phased in with affordable housing first. A lot of consideration will be given to projects that are entitled but not vested yet, creating an incentive for them to be built, she said. 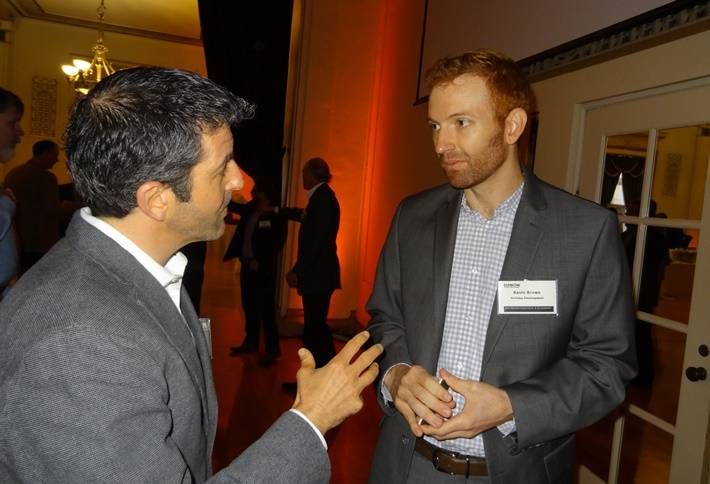 That was a concern for developers on one of our panels, who said impact fees could bring a chilling effect to attracting capital if not implemented carefully.

Fees are coming, but the devil's in the details, said Holliday Development partner Kevin Brown (right, speaking with David Plotkin of William Duff Architects). He said a lot of developers have worked on projects for years and have a lot of money in them. Impact fees on those projects could throw off the financial equation. People need time to see it coming and incorporate those fees into their deals, he said. 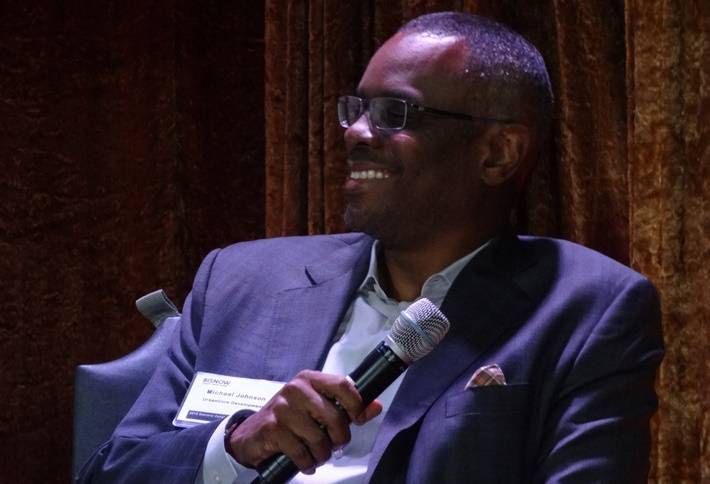 Low-rise residential, which costs less to build, is just starting to see capital commitments, he said. The next step is to be able to show investors prime properties, such as 1200 Lakeshore, where larger units rent for more than $4k, in support of high-rise investment, he said.

His worry is that development impact fees could chase away capital. Investors like to see what's already happening in an area, Michael said, and The Grand Apartments at 100 Grand Ave is the only high-rise built in recent years in Oakland. 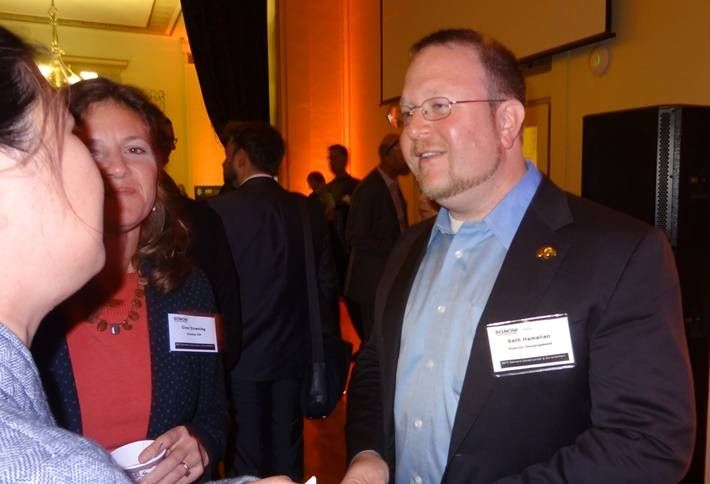 If it weren't for The Grand Apartments, "we would have an impossible conversation with capital right now," said District Development Managing Principal Seth Hamalian (right, speaking with Nik Tan of State Teachers Retirement System of Ohio and Ginn Willow Downing of Ackerman-Ziff at the event), because it is the only comp for high-rise construction.

Seth said Oakland still needs some more "precedent projects" that developers can highlight to attract capital for additional development, especially high-rise development. Capital tends to have a herd mentality, he said, so any phase-in of impact fees should take the need for reaching critical-mass levels of development into consideration. 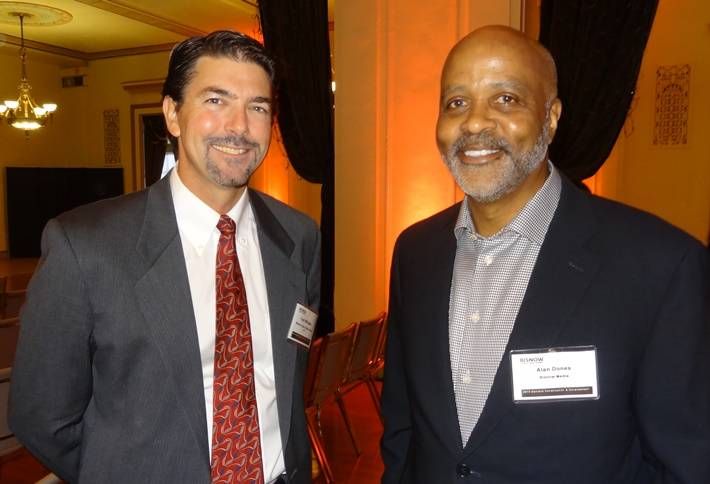 When it comes to capital, Alan likens it to a junior high school dance where everyone waits for the first person to head onto the dance floor before they join in. "We need some capital to show up and start dancing," he said. 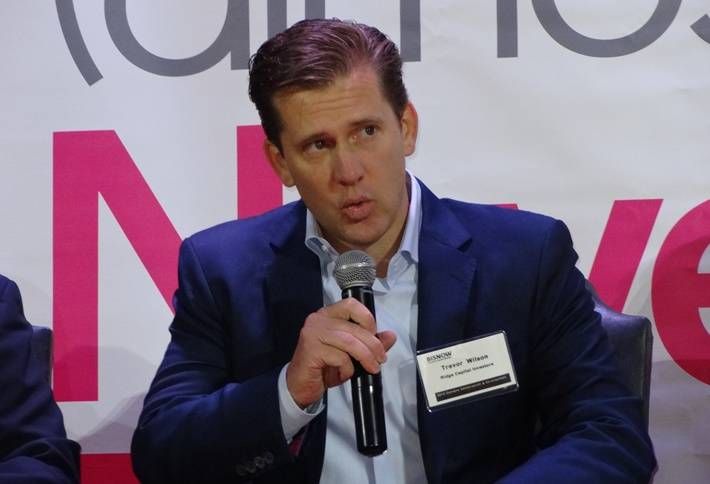 Ridge Capital Investors managing director Trevor Wilson said Oakland is finally starting to draw capital on its own, not just due to its proximity to San Francisco. Trevor doesn't see high-rise office space happening for Oakland right now. Instead, he's seeing major repositioning of existing buildings. That wave will happen first. A high-rise building would need a large tenant to anchor it before it could be considered, he said.

One concern? That there's a widening spread between what buyers want to pay and sellers want to get for properties on the market, creating a "choppy time from a valuation standpoint," Trevor said. 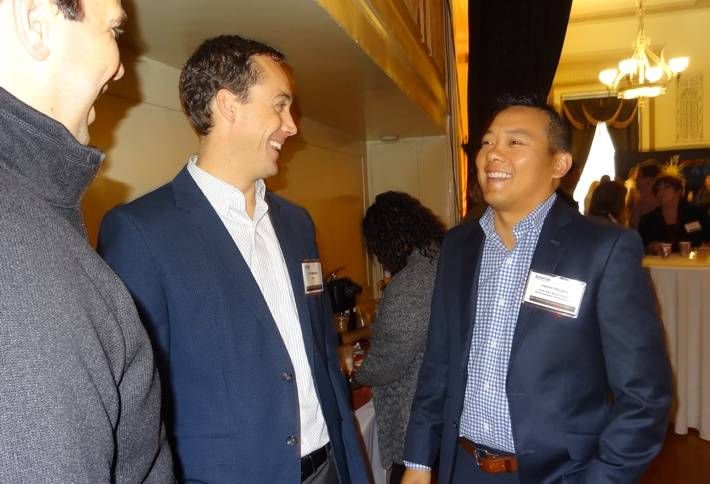 Incorporating affordable housing into projects through density bonuses could be an additional way to create affordable housing beyond impact fees. Michael's company, UrbanCore, has partnered with fellow panelist Jason Vargas, associate director of the East Bay Asian Local Development Corp, on the proposed LakeHouse Tower, a $178M mixed-income project that will bring together 270 market-rate units with 90 affordable units in the same community. That's Jason, right, speaking with Zachary Greenwood and Keith Manson of CBRE.

Jason said there needs to be a multifaceted approach to solving the housing crisis. The East Bay Asian Local Development Corp is working on several projects where it has teamed up with companies to incorporate affordable housing into their market-rate projects, Jason said. As new development comes to Oakland, it's important to provide housing opportunities for the people already there, he said. 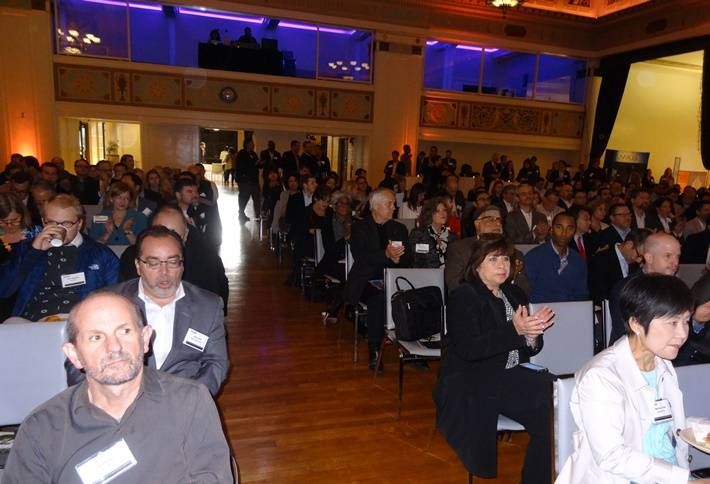 If jobs are growing, so is the demand for housing, Seth said, and any conversation about affordability has to include new supply. Limiting market-rate housing by taxing it is not the answer. Seth pointed out that a housing bond should be a priority for Oakland, since impact fees are really only a drop in the bucket compared to what a well-executed housing bond could do for the city's affordable housing stock.

Alan said developers need to do some soul-searching when it comes to keeping Oakland affordable. People who have been displaced because they can no longer afford to live in Oakland are a political reality, he said. In the end, it isn't just about building affordable housing, but finding ways to help residents afford those homes through raising their income-earning capacity.