Several large-scale projects in Contra Costa County could transform the suburban county into a thriving employment center with live-work-play dynamics. The region’s biggest challenge will be actually getting to that point. Many investors and developers think the county is well on its way. 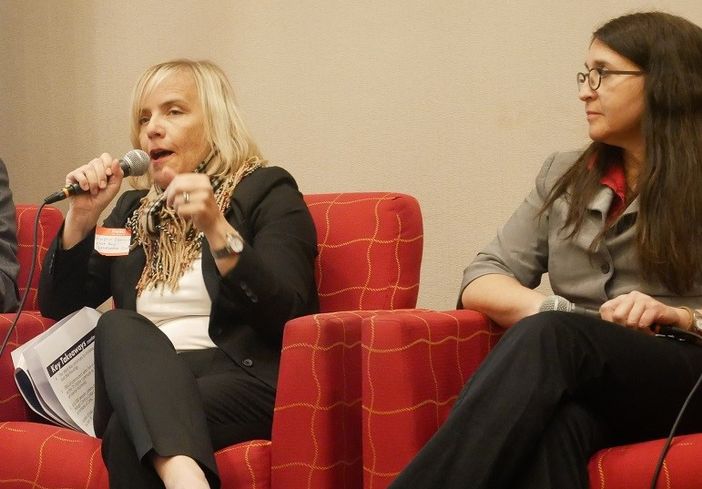 “What is wonderful about Contra Costa County is that it is unmatched quality of life if you can afford to live here in terms of work, play, live opportunity,” East Bay Leadership Council President and CEO Kristin Connelly said during Bisnow’s recent Future of Contra Costa event. “I’m a huge champion of the East Bay. We are poised to be the center of the mega-region in Northern California because of our assets.”

While more development is occurring in Contra Costa County, many cities are struggling to be attractive to employers, and many residents are still commuting elsewhere for their jobs. The East Bay Leadership Council found that 78% of Contra Costa workers commute to Western Alameda County, San Francisco or San Jose, Connelly said.

Cities like Walnut Creek and Concord are having to build more housing to meet the needs of current and new residents.

“When you’re seeing the South Bay having a 10:1 job-to-housing ratio, we’re the ones in the East Bay and the suburbs having to pick up the slack because of that,” City of Walnut Creek Mayor Justin Wedel said. 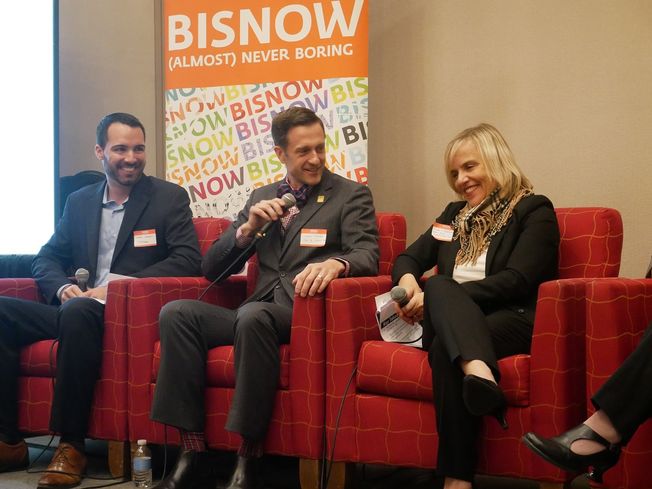 Cities are working to create better balances that can be attractive for employers seeking a live-work-play dynamic.

“I think part of our challenge is … that we need to have a really compelling vision for Contra Costa County being a real commercial and exciting place that isn’t just a place where people live,” Connelly said.

She said there are many entrepreneurs starting businesses in the county. Many sectors, such as agribusiness, healthcare and food science, are flourishing and growing in the area, she said.

But cities can't be too accommodating to businesses, otherwise their plans could backfire.

“The challenge is you want to be flexible in your planning, but you don’t want to be so flexible that developers and businesses don’t see themselves in that space,” she said. “You actually have to make some choices.”

Wedel said those two areas will be the city’s primary development spots for many years to come. 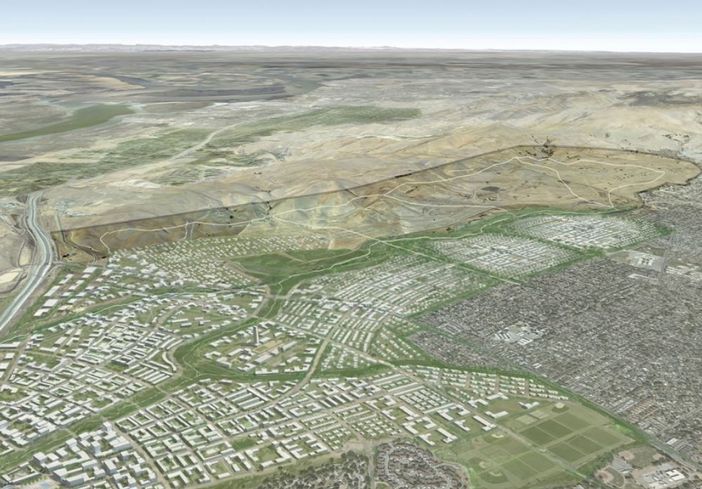 In nearby Concord, a huge master-planned development in the works could attract large employers. The city partnered with FivePoint to develop 2,300 acres at the Concord Naval Weapons Station that will create one of the largest developments in the entire Bay Area.

“The location of this property is going to facilitate a revitalization in our area,” FivePoint Senior Director of Development Sheela Jivan said.

Of the 2,300 acres, 800 acres will be open space while the rest will be developed for 13,000 housing units, up to 6.1M SF of commercial, including a 2.3M SF office campus, and a tournament sports park, Jivan said. The master-planned community will include 25% affordable housing. 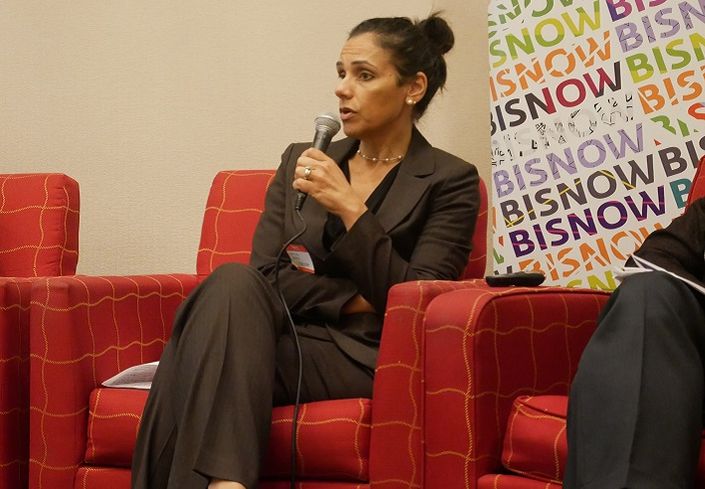 Sustainability and smart city technologies may be incorporated into the master-planned community as well, she said.

“The streets will allow for an enormous amount of walkability and transit, and we believe that it’s going to make a big impact on vehicle miles traveled and again on sustainability,” she said.

The project will be developed in five phases. The first phase is in early planning stages and is expected to create 4,400 housing units and about 1.7M SF of commercial.

FivePoint doesn’t expect to break ground for about three to four years and won’t start building for at least five years, Jivan said.

The biggest challenge for this project will be to anticipate the needs of future users. That means planning for different technologies, such autonomous vehicles, even if they aren’t ready by the time the development is built.

“You don’t want to be dead in the water by the time you’re out of the ground. You don’t want your ideas to be old,” she said. “This project can evolve over time and meet the needs of the community and the property without losing the intention of the plan.” 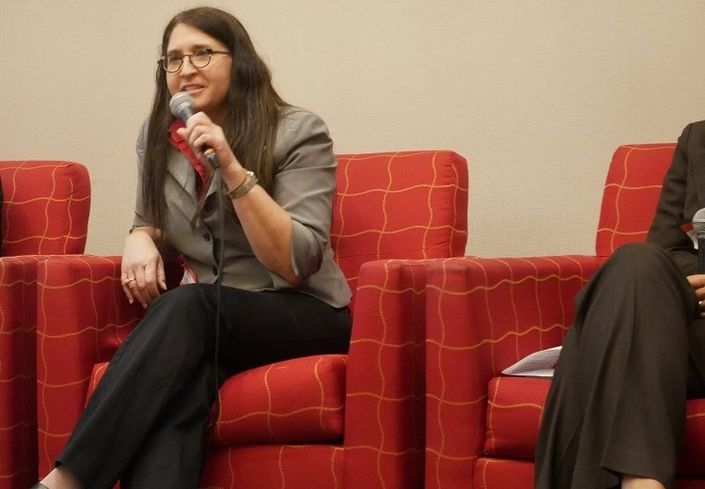 The property was previously entitled for almost 10,000 residential properties, has room for up to 16.7M SF of commercial and was valued at just under $30M, she said.

“It is an amazingly well-located asset. It has amazing views of the bay,” Lundin said.

Additionally, ferry service in Richmond is expected to start in January, which can help bring more people to and from the property.

The developer plans to reinvigorate the property, rebranded as the Shops at Hilltop, into a dense mixed-use property that can attract people from all over the Bay Area.

The first phase will build up the entertainment and lifestyle components, Lundin said. About 100K SF to 150K SF of restaurants are planned that will be a mix of Indian, Asian and Hispanic foods, she said.

There also will be a shuttle available for people living and working at Hilltop that will bring people to nearby BART stations and the ferry, Lundin said.

The second phase could incorporate outlet shops and office components. LBG is considering converting former anchor stores into creative office space to create more of a campus feel for workers who would have easy access to food and entertainment, Lundin said. 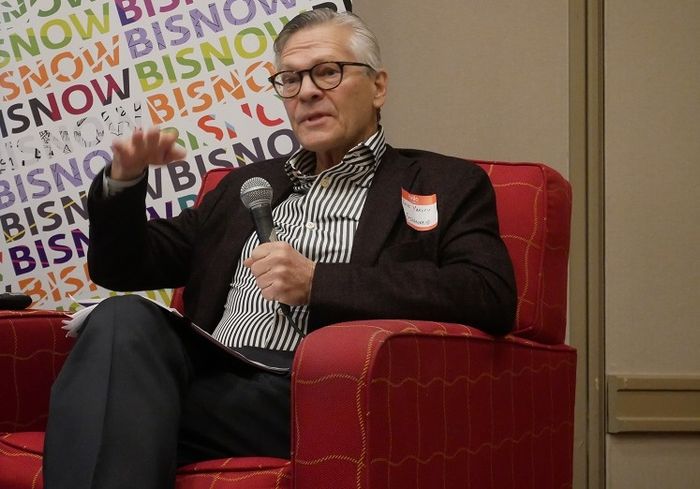 In East Contra Costa County, the Streets of Brentwood retail property may also undergo a dramatic transformation now that it is under new ownership.

Fairbourne Properties President and Managing Director David Harvey said his company bought the property earlier this year for about $85M and has plans to turn the troubled open-air shopping center into more of a mixed-use development. The center is already a huge draw for the region with an AMC Theatres with a revenue of $750K per screen.

As full-priced apparel retailers continue to struggle, Fairbourne Properties is looking into replacements for the vacancies whether that be restaurants or entertainment components or health clubs. Harvey said he also anticipates some of the vacant land on the other side of the property could be turned into a residential component.

Harvey said Brentwood is already a strong market for a retail center, especially as more people who have been priced out of elsewhere in the Bay Area are turning to Brentwood as an affordable option.

“One of the most fundamental things we looked at was the rapid housing growth in Brentwood and how rapid the population growth is in Brentwood,” Harvey said. “That fundamentally improves the retail environment.”