Autonomous vehicles are poised to dramatically change cities' roads, from congestion to safety to commuting patterns, but developers think the innovation will also have a profound impact on the types of buildings that can be constructed. 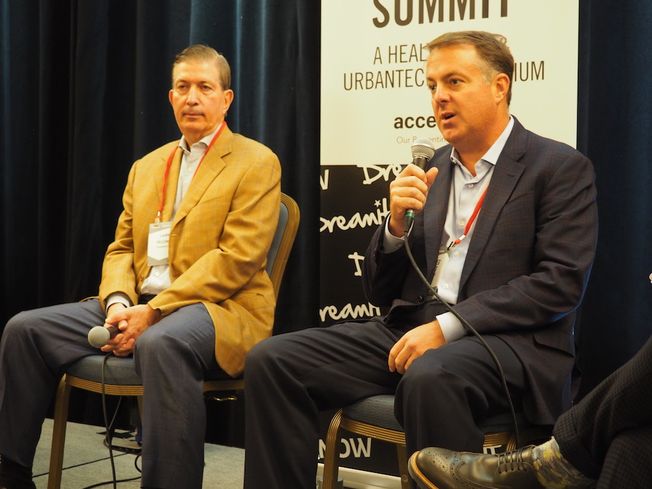 The greatest constraining factor to urban real estate development, ZOM Living CEO Greg West said, is parking. Building entrances for people to walk in is easy, he said, but constructing entrances and garages to store hundreds of cars is a major challenge.

If autonomous vehicles can drop people off at work and not have to remain parked there all day, he said it could open a world of opportunity for development.

"Ultimately what that means is developers will be able to build in urban places without any parking at all," said West, speaking last week at the Dreamit x Bisnow Innovation Summit in Tampa.

Designing buildings with parking garages requires creating wide podiums on the lower levels with a slimmer tower rising to the upper floors, West said, but the opportunity to build without parking would completely change that.

"If you take that podium away you can have a slender tower on a smaller piece of real estate," West said. "It's much less expensive to build, and it makes it possible to build on lots of places in cities that were previously not possible to build on because of their adjacencies, size and configuration. I think the evolution of technology and the requirement of parking to be in a building is really going to change cities in a very dramatic way."

Self-driving cars could also have an impact on the office market, increasing the demand of some locations. Feldman Equities CEO Larry Feldman said downtown office markets, which have already been outpacing their suburban counterparts, could see a further boost from autonomous vehicles.

"One thing that could happen with self-driving cars is downtowns might become stronger than they are now," Feldman said. "If you look at self-driving cars and realize you could be whisked into the city at 100 miles per hour where the traffic lights are synced up and it could bring your car right to the doorstep of your high-rise office building, you realize that the downtown — which is already a great, walkable environment where there's a tremendous amount of networking occurring — can actually accelerate."

While the developers agree on the substantial transformation self-driving cars could spark in the future, the projects they are currently building must still accommodate the commuting patterns of today.

"It’s unavoidable right now," Feldman said. "We have to build [parking] in order to market the property."

Feldman said he went through financial analyses for an ongoing project in Tampa to explore the possibility of designing parking garages that could be converted to other uses, but ultimately the math did not pencil.

"After analysis, we came to the conclusion that it didn't make sense; the premium costs were so great we elected not to do it," Feldman said. "And I say that with chagrin, because I really feel like 10 years from now, we may be tearing the garage down." 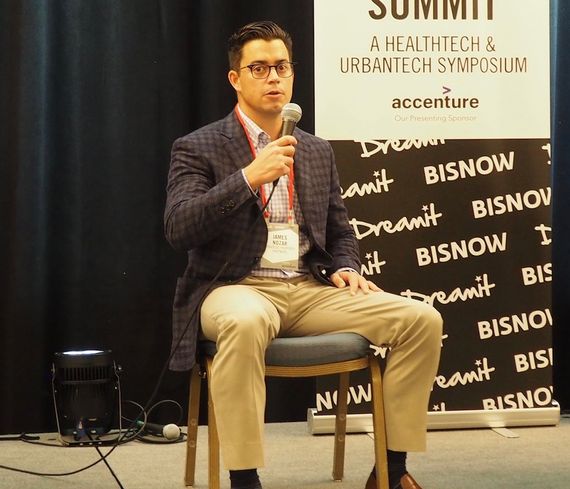 "It's a huge driver in our portfolio," Nozar said. "Land is not the driver for us in Tampa, as it is in other markets. It's parking."

He said SPP also analyzed the cost of designing flat-plate parking garages that could be adapted to other uses, but found the cost was twice as much as building a traditional parking garage.

"We're constantly fighting that battle because we don't know what it's going to look like in 20 or 30 years," Nozar said of parking garages. 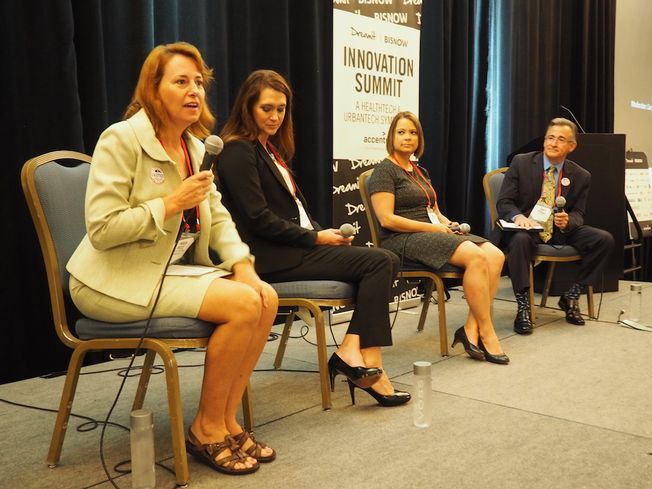 While self-driving vehicles may change the paradigm in the future, Tampa Downtown Partnership's Karen Kress said she has been working on ways to reduce the city's dependence on cars today.

Tampa last month opened a 2.7-mile streetcar route that will provide free rides for at least three years before charging for service. It also introduced new, nonstop downtown bus service, and it has a point-to-point electric vehicle shuttle system that riders can book with an app through their phone. Additionally, Downtown Tampa is working to build more bike lanes, improve pedestrian safety and unveil shared electric scooters, she said.

"We can't expect to drive for every single trip and park for free or cheaply in front of our door," Kress said. "There's too many of us who want to be in this growing, revitalized area. We can't all fit with our cars. So someone needs to make that a priority and put the pedestrian at the top, and I think that's happening now."