The Hotel Industry Has Mixed Feelings About Opportunity Zones

When it comes to the new opportunity zone program that gives investors a hefty tax incentive in return for investing in designated opportunity zones that are in mostly low-income areas, many hotel executives are still leery of the federal program and how to take advantage of it. 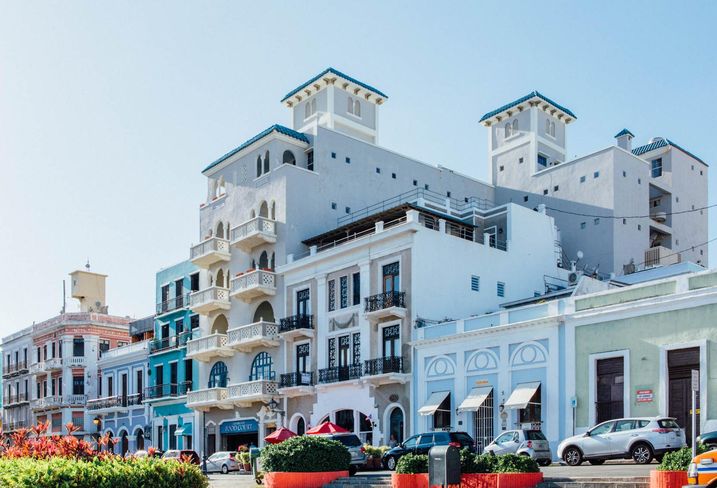 Courtesy of Lifeafar
This part of Puerto Rico is a designated opportunity zone.

“These [designated] opportunity zones are usually in the third-tier areas,” Shephard said. “If someone wanted to build a hotel there, they would have already done it.”

One year since it was passed under President Donald Trump’s Tax Cuts and Jobs Act in 2017, the opportunity zone program has generated a lot of excitement, optimism and cautiousness.

But as the commercial real estate industry waits on the federal government to release the second round of guidelines, hotel executives and hospitality experts aren’t quite sure what to make of the program yet.

Last year, state governors — using census information — designated certain areas in their states as opportunity zones. These zones are for the most part low-income or distressed areas that may not have historically seen a lot of commercial investment.

The program allows investors to roll over capital gains from another investment or traditionally invest in a business or property in a designated opportunity zone area in exchange for a deferment or elimination of capital gains depending on how long they hold the project.

"This [legislation] happened pretty quick," said Radisson President, Americas Ken Greene during a panel at the Americas Lodging and Investment Summit or ALIS conference in Los Angeles. "I think it’s a real opportunity if you’re in the right marketplace."

Marriott International Chief Development Officer Eric Jacobs said there is not a day that has gone by that a broker has not contacted him about a site in a designated opportunity zone.

“I think we’re early,” Jacobs said. “Everyone is still trying to understand it and how it works.” 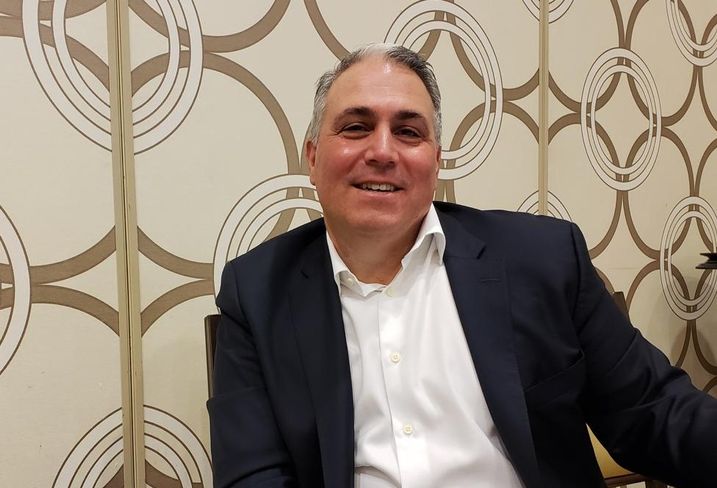 Local Framework is the acquisition arm of Palisades Hospitality Group, an owner and operator of restaurants and hotels nationwide.

Since opportunity zones are in challenged neighborhoods, those areas may not fit the strategy of many hotel groups, he said.

"Hotels are kind of laggers," Skikos said. "They are not really pioneering in terms of changing the profile or the face of a community. I think you'll see hotels towards the end [of a gentrifying neighborhood]."

The cycle of a gentrifying neighborhood usually begins with traditional office businesses and restaurants coming in the area first, then housing development begins to pop up before hotels set roots, he said.

"Hotels piggyback off other businesses," he said.

There are exceptions with some of the designated opportunity zones, he said.

There are opportunity zones that are in up-and-coming neighborhoods such as Hollywood and the Historic Square area of Santa Rosa or near colleges.

"As long as that location fits with what we are working on, then we'll look into it," he said.

Berkadia Managing Director Kyle Stevenson said another issue with opportunity zones is that many are in heavy industrial areas.

"Some of the locations of an opportunity zone works better for industrial or warehouse use and not necessarily a location where a hotel would go," Stevenson said.

"Hotels want to go to a main location," Stevenson said. "They want to be near the White House or New York's Times Square but those aren't opportunity zones because they don't need any help."

"It’s still a neat program that people are still figuring it out," Stevenson said. 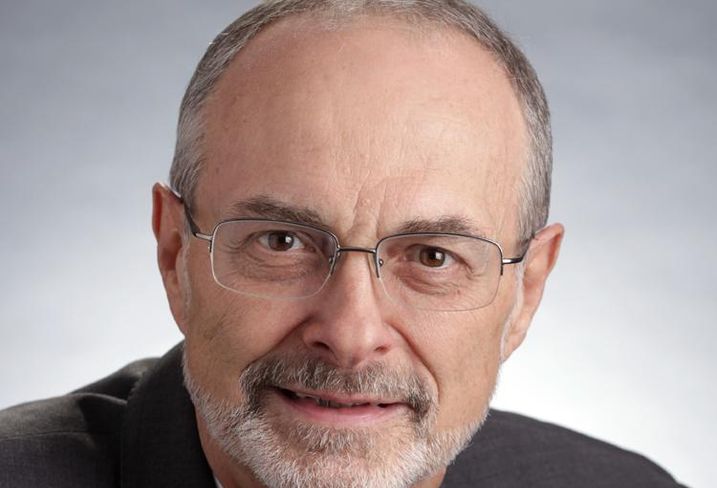 Why Opportunity Zones And Hospitality Could Be A Perfect Fit

CHMWarnick Managing Director Rich Warnick is in the midst of raising money and creating an opportunity fund to invest in a proposed hotel and resort in a designated opportunity zone in Arizona.

Warnick did not want to disclose too much information on his project because of legal reasons but he is bullish on the federal program.

"Hotels are an ideal fit for this program," Warnick said. "Not only do you get those positive changes such as the step up in basis and the complete elimination of capital gains tax after 10 years, you also have an advantage on the time value of money.

"I like it when we are raising money for a project in an opportunity zone — it's an added incentive for someone to put money into a deal and an added bonus in terms of the kinds of returns they are going to realize on that investment," Warnick said.

CHMWarnick is not the only hospitality group raising money for an opportunity fund to invest in opportunity zones.

Last month, CIM Group announced it had plans to launch a $5B opportunity fund. Starwood Capital Group is raising $500M to invest in opportunity zones, according to reports. CIM Group and Starwood both have hotel brands under their umbrella.

"It works out perfectly," DLA Piper partner Darryl Steinhause said. "A motel or hotel can do all the things that law is intending the program to do, which is provide new developments in these zones; provide jobs in these zones; provide jobs for those that live near these places and it's an active business that will drive traffic into the area. It should be a good result."

Atlas Hospitality Group President Alan Reay said there is already a lot of demand from local investors and franchise operators. He said hotels in opportunity zones will also get a boost in business with this new program.

"There are a number of older larger hotels in secondary and tertiary markets that have struggled to keep up with new competition and have been unable to attract investors due to the large cost to upgrade and/or convert to a new brand," said Reay, whose company has been assisting sellers and buyers that are targeting opportunity zones. "The tax breaks now being offered in these opportunity zones will attract new investors not only for hotel investment, but into other commercial properties in that area, which will then increase hotel demand, so all round a win-win."

But Warnick, Steinhause and others caution investors.

"An opportunity zone can't turn a bad project into a good project," Warnick said. "In my view a project frankly should be looked at without the benefit of an opportunity zone. Don't look at it as if it's free money."

"A bad deal is still a bad deal," Steinhause said. "You want to make sure your hotel development is in the right place to be successful." 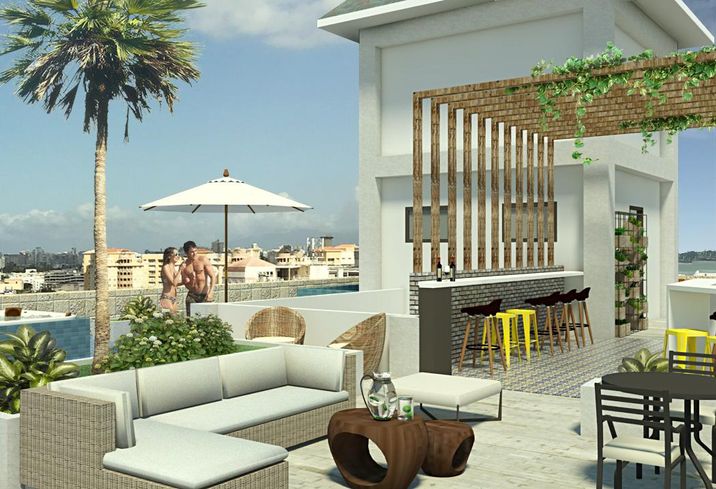 For Lifeafar's Shephard, his Colombia-based real estate development and community-based hospitality company is aiming to capitalize on investment in opportunity zones in Puerto Rico.

Hurricane Maria ravished the American territory a couple of years ago. Now nearly all of the small Caribbean island — 98% — has been deemed an opportunity zone.

The property is currently a mixed-used building being used as a hostel and apartment with ground-floor retail.

The company plans to raise $16M in an opportunity fund and reposition the property into a 61-room hotel and residences with a rooftop bar and a ground-floor restaurant, fitness center and coworking space.

Shephard said there are a lot of reasons to be bullish on his company's investment in Puerto Rico. Puerto Rico is on an upswing, he said.

The property sits a few blocks away from a cruise port. Puerto Rico is also actively looking to boost its tourism sector as a way to rebuild after Hurricane Maria.

Though Puerto Rico was facing some economic instability before the hurricane, officials hope the new opportunity zone program could generate $600M in new investments.

"We would have done this deal even if it wasn't an opportunity zone," Shephard said. "Even without the tax credit, the project is very lucrative. Along with other tax incentives the government has been passing, this [opportunity zone] is icing on the cake with cherries on top."