With high demand for housing along the East Bay 880 corridor and a lack of untouched land, adaptive reuse is becoming an important pathway to build more housing and mixed-use projects.

During Bisnow’s East Bay 880 Corridor Update, MLC Holdings President Charles McKeag said most of his company’s projects in the pipeline along the 880 corridor are reuse opportunities. He said everything from underused parking, former car dealerships to former big-box retail is being converted into housing. One such project will convert a former car dealership into a mixed-use site with 140 townhomes, a hotel and retail.

The changes to the retail environment, especially with retail requiring less square footage, is becoming an ideal reuse opportunity, he said.

“It has not been an easy opportunity because local jurisdictions look to that as a tax base,” he said.

Jurisdictions are hesitant to convert the land into other uses, but municipalities have started to change their outlook more lately to allow for more housing, he said.

McKeag said not all reuse opportunities have been viable, especially in the industrial sector where there is already a lot of competition for the space available.

With industrial vacancy so low in the East Bay, industrial users are willing to pay top dollar for land and can close quickly, compared to an up-to-two-year process to close a land deal for residential, he said. Only small industrial sites have been worthwhile since they are not large enough to be useful to industrial users, he said.

In Union City, one of the biggest adaptive mixed-use projects along the East 880 Corridor is underway. Station District will create a mixed-use community with hundreds of housing units from Windflower Properties and 1.2M SF of office from Woodstock Development. The site also will include ground-floor retail and a public plaza.

For the retail component, Woodstock Development President Kirk Syme said it can be difficult to plan for what is needed. He said he anticipates the retail to be a mix of service-oriented retailers, like dry cleaners, nail salons, fitness and restaurants. Syme said his company is working with a nearby shopping center that needs an overhaul to come up with a tenant mix that works with what is coming to the Station District.

He anticipates the Station District will also have success in leasing given its location and current demand.

What is adding to demand in the 880 corridor is a scarcity of land for development and redevelopment along the peninsula.

“There’s been a decades-long move from west to east, particularly from the peninsula to the Hayward area,” Syme said.

Demand For Housing Along 880 Corridor Persists

As people move farther from jobs or toward more affordable areas, transit-oriented developments also have been increasingly in demand. TODs near BART are in more demand, and a state bill would give BART more authority over developments on its land.

Assembly Bill 2923 would require BART to rezone vacant land for housing and retail. This is creating some contention with local jurisdictions that want to maintain their control over how these projects are designed, East Bay Economic Development Alliance Executive Director Darien Louie said.

Design that might work in Oakland might not work in Union City or Newark, she said. It has also been difficult for developers who don’t want to upset their relationships with cities if they pursue a project on BART land, Louie said.

Panelists said demand for housing along the 880 corridor also has been high, especially for affordable housing. Lowney Architecture founder and principal Ken Lowney said three years ago, his firm was hardly working on any affordable housing projects, but now it is working with just about every affordable housing developer in the Bay Area and most, if not all, are using modular construction.

City Ventures Director of Development Samantha Hauser said the 880 corridor also has benefited from people wishing to maintain their roots in the area. The developer, which has a 36-townhome project that is all-electric and solar-powered in Union City has had demand from people who grew up in the area and are coming back from college. 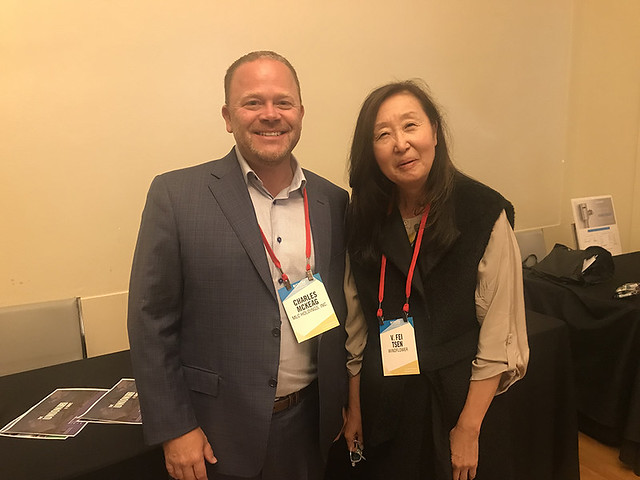 Confirmed! You are subscribed to the Bisnow Oakland Newsletter.