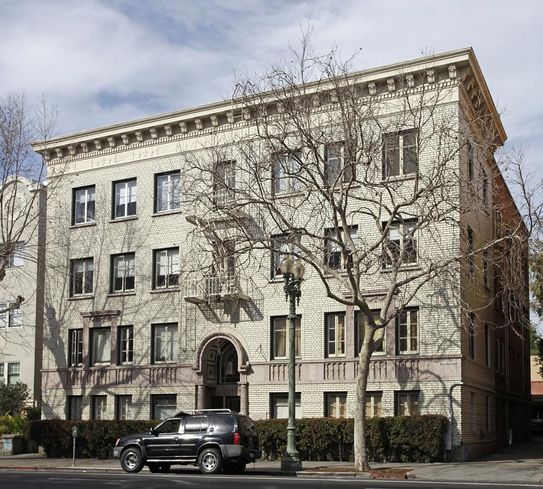 Courtesy of JLL
An Oakland property owned by Mosser Capital.

Mosser Capital has secured $58.5M in financing for the recapitalization of a nine-property Oakland portfolio, JLL said Thursday.

French bank Société Générale supplied the capital through a seven-year floating-rate loan, which was arranged by JLL Capital Markets and includes interest-only payments for the first five years.

Mosser's deal follows other Oakland multifamily investors that have received financing even in a period of collapsing CRE transactions.

Earlier this month, Veritas Investments and Calvera Partners acquired separate parts of the same $29M Oakland multifamily portfolio. SRM Development sold its 130-unit Baxter on Broadway community for $81M at the end of March in a 1031 exchange.

JLL Senior Managing Director Peter Smyslowski and Director Bercut Smith represented Mosser in its deal, which involves an initial advance of $49.5M and an additional $9M for renovations and 28 ADUs.

Mosser was founded in 1955 and invests in workforce housing in West Coast markets including LA, S.F. and Oakland. Its portfolio includes more than 3,400 units.