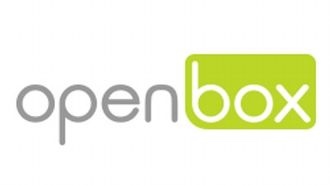 Who Is Rob Sparke? The Future Of Real Estate Automation Systems

Those who follow real estate technology have likely seen or heard the name “Rob Sparke.” But who exactly is he, and why did Open Box create him?

Rob is a fictional character created to help people understand the differences between traditional automation and Robotic Process Automation, or the software-enabled automation of manual, repetitive and rule-based human activities. Viewing RPA as a person — Rob, in this instance — creates a human connection, which is key to understanding the RPA behind Open Box’s new Real Estate Automation Engine.

RPA leverages the bot to interpret a computer system’s interface and execute steps just as a human user would. The organization trains Rob using demonstrative steps, rather than programming him with code-based instructions. The intention of Rob is not to provide another coding platform for IT users, but to provide an agile and configurable capability for non-technical business users.

Treating Rob as an employee rather than a software takes away the disruption from RPA adoption. While traditional technology deployments are complex and unpredictable, RPA avoids such risk by accessing the software as carefully as a human would. Sans manual programming, RPA can roll out in days or weeks, rather than months or years. Initial RPA installation thereby costs less, achieving return on investment faster and driving down expenses long after launching.

Open Box has taken RPA technology — already deployed across a myriad of other industries — and combined it with its 15 years of in-house real estate expertise to create the Real Estate Automation Engine. Armed with industry knowledge, Rob becomes more than just RPA, perennially growing and learning new skills and tech. In coming months, Open Box is already looking at ways to leverage machine learning, artificial intelligence and neural networks.

The Need For Rob

In today's business world, 59% of employees stay past office hours to complete their work. An additional 80% of skilled workers routinely fail to finish daily to-do lists, while 90% of workers spend 25% or less of their time developing creative business ideas.

Many real estate businesses have already taken steps to address these concerns through Business Process Outsourcing, although this strategy comes with its own set of challenges and frustrations. Outsourced deals in traditional offshore nations are shrinking in size due to rising labor costs and dwindling talent pools, placing greater strain on offshore BPO companies. With the pace of automation technology quickening each day, many of these businesses may cease to exist in the next few years.

Rob provides the opportunity to take back some of the control lost through outsourcing, and at a far more attractive cost. Onshore BPO resources cost businesses around $80K per year, while offshore BPO resources run at $23K. An effective rate for a virtual RPA worker could be as low as $10K.

Rob is entirely scalable and can grow in line with a company’s needs. Everything Rob does maintains a full audit trail, reducing compliance and business risk. Human error is removed completely, mitigating the possibility of information loss resulting from staff attrition. Rob never takes a personal day, is never less productive on a Friday, and he will never leave your company for a competitor.

On average, companies employing Rob could witness a 40% increase in their staff's ability to focus on customer-centric activities. Processing costs can be reduced up to 30% to 80%, with a return on investment achieved in quarters rather than years.

Open Box Software
Open Box delivers software & services to the Real Estate industry. We provide an end-to-end solution for our clients. From ERP implementations to custom software development, Business Intelligence, system integration and 24x7 helpdesk support. Our Real Estate focus gives us an unparalleled advantage to service the unique needs of the industry in an ever-changing technology landscape. We’ve worked with some of the leading names in global Real Estate for the past 15 years.
Confirmed! You are subscribed to the Bisnow New York E-Newsletter.
Most Read Stories
More Top Stories
Bisnow NY Newsletter
Bisnow NY Newsletter