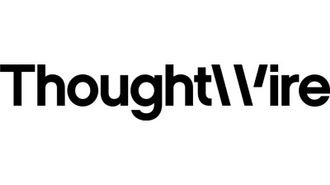 Along Toronto’s waterfront, a new neighborhood is emerging. Quayside, Google’s $50M plan to christen a former industrial area as an intelligent neighborhood, will use data to inform the services it provides residents, from finding open lounge chairs along the water to organizing block parties.

A grand experiment for the era of smart cities, Quayside speaks to a growing trend among urban areas to incorporate the Internet of Things into their infrastructure. But to evolve from experiment to reality will require a shift from individual services to leveraging a network of interconnected smart buildings, ThoughtWire CEO Mike Monteith said.

People spend nearly 87% of their time indoors, mostly in privately owned spaces. While IoT investment in outside infrastructure can improve the operation of a city, incorporating this technology indoors can unlock value for both occupants and owners in terms of safety, efficiency and building use. To further the development of data-driven urban environments, cities need to work with property owners to highlight the value of building these smart networks from the inside out, Monteith said.

“For smart cities to gain traction, we need to focus the agenda for smart cities toward smaller use case studies for improving areas like public safety and sustainability,” Monteith said. “That needs to start with connecting the information inside the built environment to a smart city context. In other words: How do we bring the inside out with purpose?”

Monteith recently gave a talk on this topic, and this is the vision ThoughtWire has for the future of smart buildings. Through its smart building suite, the company provides real-time situational awareness and operational intelligence to enable an improved IoT strategy. ThoughtWire’s product acts as the operating system for buildings, consolidating data across building infrastructure and automating environmental controls.

ThoughtWire’s PrecisionHub, for example, gives buildings and facility managers visibility into their buildings’ end-to-end operations and complete command and control over operations in real time. Everything from optimal lighting to wayfinding lights in the event of an emergency can be controlled from this central system.

One major driving force behind the adoption of smart building technology is safety. When a 911 call is received from a building, first responders often arrive on the scene with limited information about the building, the current emergency and the occupants, Monteith said. In a scenario where the building has a network of sensors tracking everything from HVAC performance to building occupancy, PrecisionHub could automatically relay that information to first responders.

“The promise is that you are getting first responders on the scene fully prepared when they arrived so they can reduce the amount of damage and get people to safety faster,” Monteith said.

By using this information to reduce risk, owner-operators can see increased value of their assets, Monteith said. This value compounds for the city as smart buildings communicate through data. Owners of CRE portfolios could bundle the data from multiple buildings in an area to remotely track operations and efficiency, and even prepare for severe weather events.

From a sustainability perspective, Monteith envisions a future where groups of buildings sync up with local weather alerts and fine-tune their energy utilization in anticipation of events like extreme hot and cold temperatures or simultaneously adjust indoor lighting use depending on the time of day.

“It’s about building an API and a trustworthy environment where data can be consumed and actions can be requested,” Monteith said. “It requires thinking about, for example, the relationship between buildings and utility providers. When utilities are under duress, a smart building can make the adjustment without waiting for phone calls.”

The result is not only a more proactive building operations strategy but also a more sustainable one.

“It has become more about networks of buildings becoming more efficient based on the availability of resources within the grid,” Monteith said. “I believe there will be this fascinating swarm effect when the buildings start to work more collaboratively without human intervention.”

A major hurdle for smart city adoption is redefining what it means to own data. In commercial real estate, information about a property can make the difference between closing a deal or losing to a competitor. The trick to making data sharing more attractive for individual property owners is the ability to provide more compelling use cases, Monteith said.

While energy efficient street lamps are less relevant to the owner of an office building, the ability to use data to improve tenant comfort — and in turn produce more leasing renewals — is.

As cities further embrace IoT infrastructure, it may also soon be part of an owner-operator’s role as a good corporate citizen to share data that improves the safety and overall well-being of residents.

“We are on the start of a journey where cities have been responsible for defining what a smart city is,” Monteith said. “It is far more important to focus on the broader built environment side of the story. The challenge has been that large-scale owner-operators have not had a seat at the table to set the strategies and agendas. But we are starting to see the built environment’s voice enter these conversations.”

Watch Monteith's full talk by clicking on the video here.

This feature was produced in collaboration between Bisnow Branded Content and ThoughtWire. Bisnow news staff was not involved in the production of this content.

ThoughtWire
At ThoughtWire, we’re the leaders in Operations Performance Management for built environments. We help hospitals and commercial buildings operate smarter, safer, and healthier by developing software applications for OPM. Since 2009, we’ve been changing how the world thinks about intelligent automation and process optimization. Today, our innovative OPM applications are empowering leaders in the built environments to connect previously unconnected systems, unlock high-value outcomes for patients and tenants, and put people in control of process change and optimization.
Confirmed! You are subscribed to the Bisnow New York E-Newsletter.
Most Read Stories
More Top Stories
Bisnow NY Newsletter
Bisnow NY Newsletter