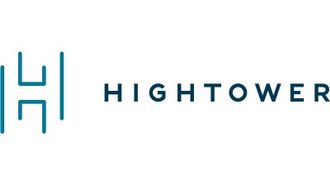 The commercial real estate industry has always been slow to adapt to technology, but with the recent tech boom that saw tech companies raise $1.5B last year, the industry may be shaken up soon. One of the biggest disruptors is Hightower, a cloud and mobile leasing and asset management platform that helps connect leasing and asset managers and brokers to a single dashboard that presents valuable data like inventory, deals, financial analyses, and tenant information.

Used by such companies as Vornado, Shorenstein and Invesco, the tech firm has revamped and added sophistication to the leasing and asset management process. But data is so important to Hightower and their clients - competitive leasing is a critical part of decision-making in commercial real estate. That’s why the company has partnered with Compstak, which uses a crowdsourced model to gather commercial real estate information. To figure out how this partnership not only benefits the two, but the industry as a whole, we sat with Hightower CEO Brandon Weber (left) and Compstak CEO Michael Mandel (right, with expansion director David Peterson).

A Partnership of Potential

When it comes down to it, Brandon says, the partnership was inspired by two things. First, is the “incredible set of potential scenarios and deals that could be unlocked.” With Compstak’s data in Hightower’s system, clients could perform in-depth competitive analysis and benchmarking in real time, which Brandon describes as a “Holy Grail” for the industry. Secondly, the two CEO believe that there’s a synergy between their companies, due to their “focus on delivering great product experiences to customers.”

In fact, Michael says, it was Hightower and CompStak’s overlapping clients that suggested the partnership in order to create a more detailed platform to budget spaces and developer strong counteroffers.

“At a certain point, it just felt like a no-brainer to fuse our data platform and Hightower’s leasing management platform to make the workflow better for customers,” he says.

But perhaps the biggest contribution that the partnership makes to Hightower’s platform is the addition of what Brandon calls “one of the most interesting data sets on the market”: lease transactions. Hightower can now bring users a day-to-day platform that can not only streamlines workflow, but provides an array of real-time competitive analytics to allow tenants to intelligently and quickly tailor their portfolios and transactions.

“With such a wide array of data, customers can visualize how they're competing against the overall market on an asset or portfolio level,” Brandon says. “They can better tell a story, answer strategic questions, and make micro-level decisions, avoiding leaving money on the table or missing deals.”

The Role of Tech and Data

With such obvious advantages, the question remains: just how much power do these two forces have, and why is it taking the industry so long to adopt it?

“Simply put,” Michael says “data doesn't increase or decrease the number of deals done, but it makes sure that they’re done quicker and at the right market rate, and that’s better for everybody: landlords don't want their space languishing on the market and tenants don't want to waste their time negotiating deals. It makes the market more efficient, informed and fair, and reduces the spread between bid price and taken price.”

In many ways, Michael adds, the power of data is like Pandora’s box, because once brokers and managers have discovered the power and simplicity of products like Hightower and Compstak, the “traditional ways” of processing data will no longer be acceptable. There has to be integrations to streamline the process, and that’s what the partnership accomplished, in his eyes.

Brandon agrees, saying that the industry has reached a “tipping point,” and now every major institutional owner and brokerage firm across the globe is moving their leasing and asset management to the cloud. We’re moving to a world where commercial real estate is going to be “a software powered industry.”

“I think many are finally getting that the world is changing to a place where your ability to leverage software and data to provide better service and make better decisions is going to be the biggest competitive advantage you can have,” he says. “I just hope every company realizes that."