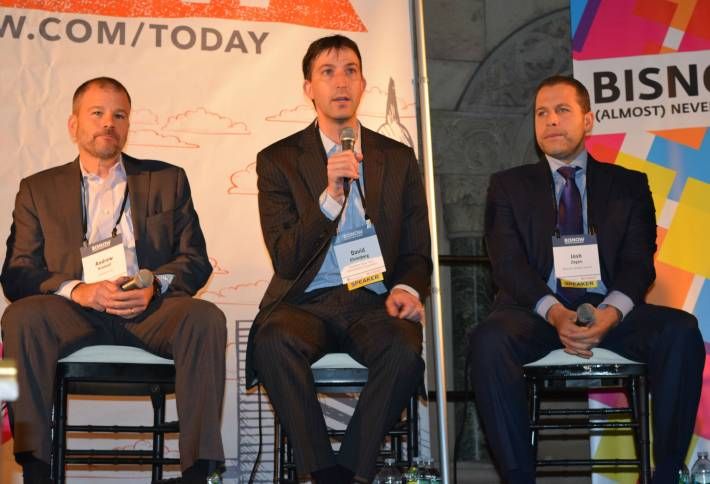 What inning is it for Brooklyn's development boom? Answers from panelists at Bisnow’s State of Brooklyn on Wednesday varied, but everybody agreed on one thing: we’re nowhere near the ninth.

Speaking on our office panel, Madison Realty Capital managing principal Josh Zegen (right) sums up the state of the office market in Brooklyn this way: In a borough that’d be the fourth-biggest city in the country if it weren’t part of NYC, where else can you find office rents under $30/SF?

But Brooklyn Navy Yard Corp president and CEO David Ehrenberg (center, next to his predecessor at the Navy Yard, Industry City CEO Andrew Kimball) says there’s got to be city and state investment in transportation befitting a city-within-a-city that has an estimated 16M SF of new office product in the pipeline. He points out that even though more transit will be needed to take Brooklyn office to the next level, 50% of employees at the Navy Yard walk or bike to work—something he says we should expect to become the norm in Brooklyn. 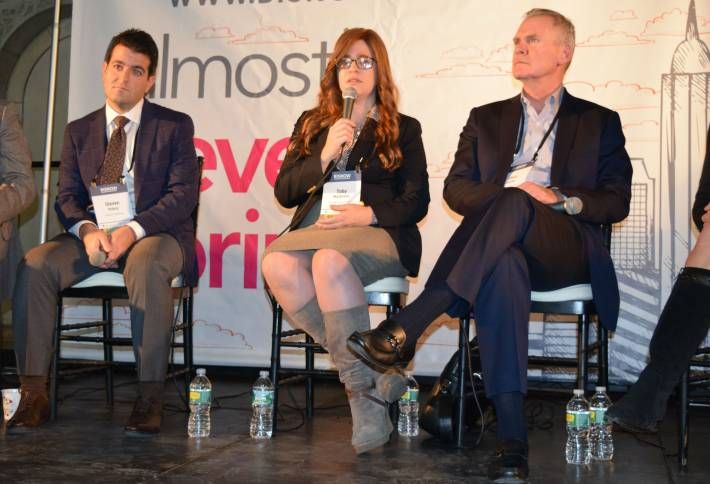 Heritage Equity Partners CEO Toby Moskovits (center, with Acadia Realty Trust COO Chris Conlon) says when she was growing up in Brooklyn, everybody called Manhattan “the city.” Well, she says, get ready to start thinking of Brooklyn as a city all its own, taking advantage of its potential with a retail scene to match that distinction.

Case in point: Forest City Ratner EVP Kathryn Welch says FCR is working on assembling the land for its "Site 5" project across the street from the Barclays Center. The site could have Class A office space and Kathryn says the goal is to bring in high-end retail like Brooklyn's never seen—something like the Time Warner Center.

Chris says it can be tough to create a retail experience in a new building that feels as authentic as young Brooklynites have come to expect. But at City Point, Acadia’s going to try by bringing in a food hall that’ll be “a chaotic mix of sites, sounds and smells,” plus a Trader Joe’s location and an outpost of the famous Manhattan staple, Katz’s Deli. 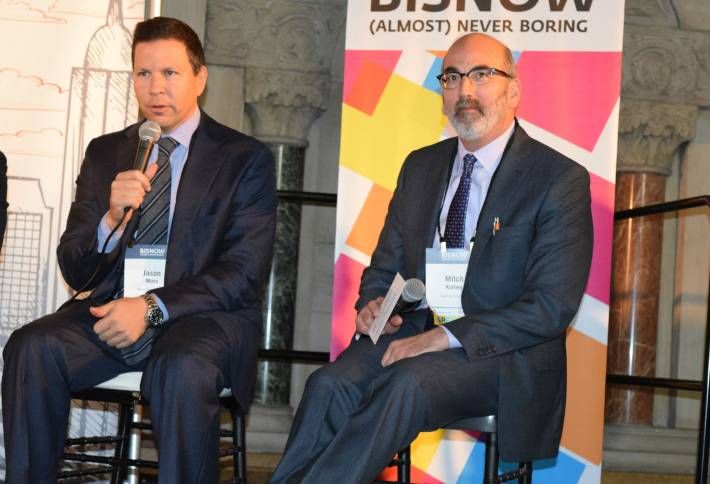 Muss Development principal Jason Muss (with Herrick Feinstein partner Mitch Korbey, who moderated the multifamily panel) points out that Brooklyn’s only now approaching the population it had in 1957. He calls the idea that the multifamily boom is nearing its end, or that developers will run out of land absurd. Think of it like this, Jason says: The Fed can print more money, and the city can make more land. Through zoning, that is. Any time the pickings get slim in that department, he contends, building denser and upzoning will mean there’ll always be land. 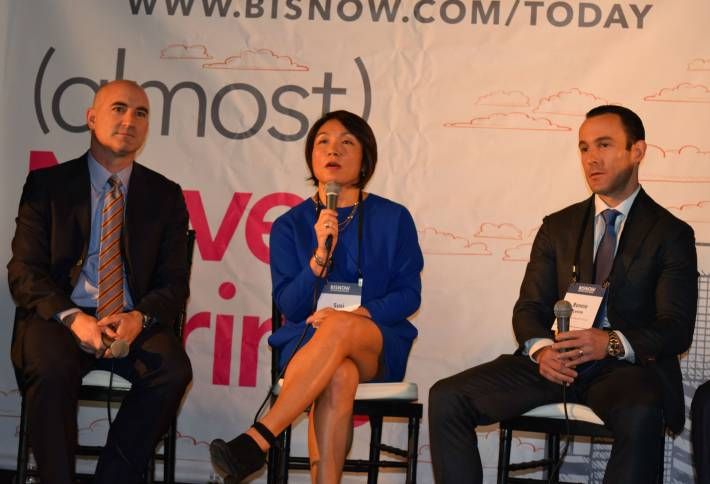 But that land’s getting pricier all over—and so are rents. Meridian Capital senior managing director Ronnie Levine (with Forest City Ratner EVP Susi Yu and Hudson Cos principal David Kramer) says the real issue’s not supply, but affordability. With lenders favoring rental projects, they’re getting built at a furious clip in Brooklyn, and market rents may tick in above what most renters can swing, even as supply grows. But David says Brooklyn’s about to join Manhattan as a borough where land costs so much that doing rentals may almost never make sense—which could help beef up the inventory of for-sale product as more developers decide their projects can only work as condos. 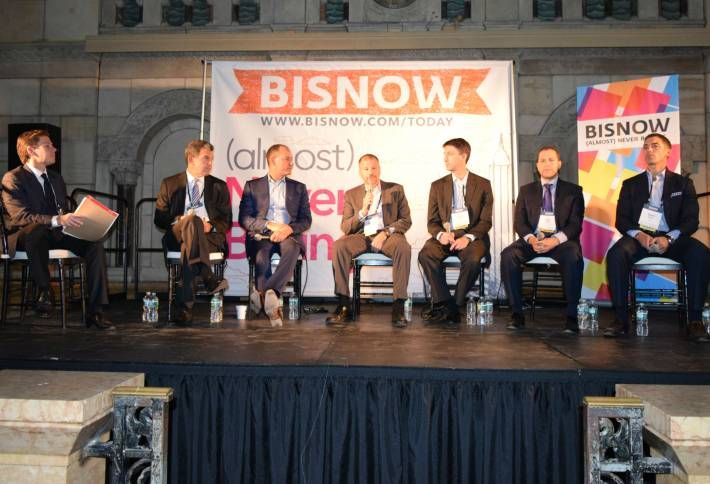 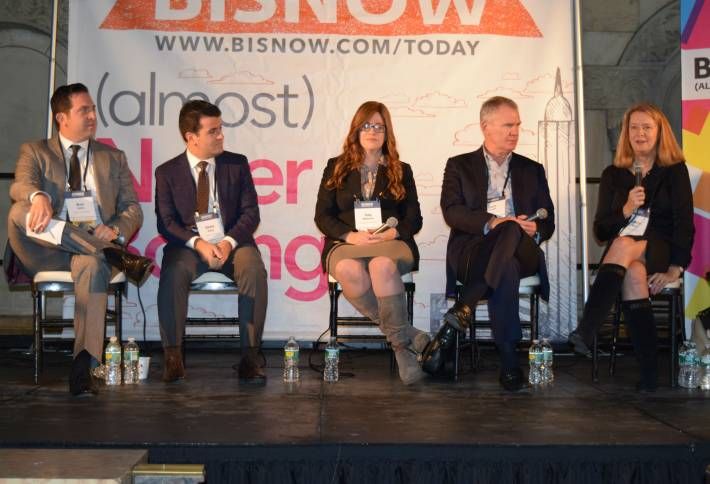 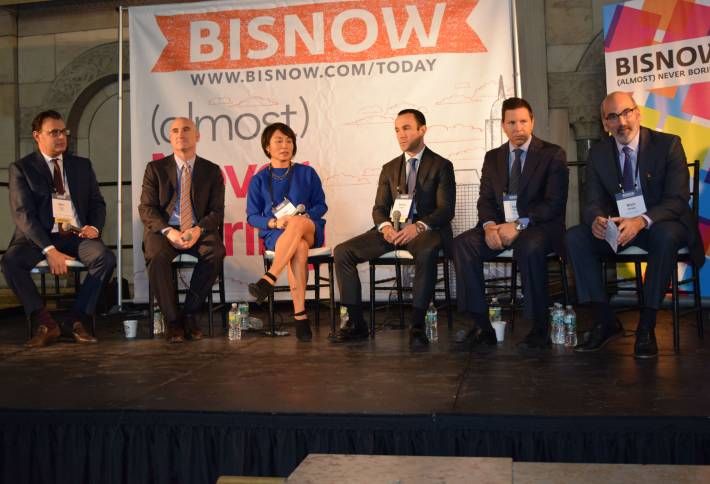