Should You Be Paying Attention To The Nitehawk Expansion? 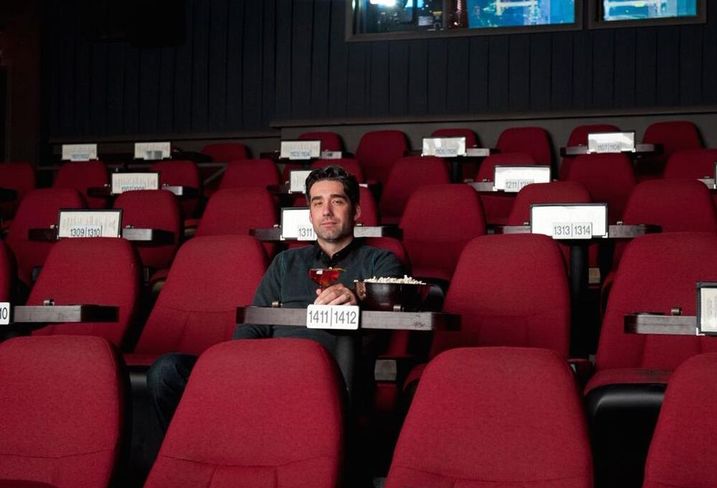 Earlier this month, we reported the Pavilion Theater in Park Slope was being converted into a Nitehawk Cinema, a chain that, according to the New York Times, hit massive success with its three-screen, dine-in boutique cinema in Williamsburg, serving food and cocktails alongside the newest indie and classic arthouse flicks.

Always interested in innovation, we wanted to see if the Nitehawk really had what it took to create a memorable experience and possibly expand outside of Brooklyn. After seeing a midnight showing at the Williamsburg theater and sitting down with founder Matthew Viragh (pictured), we’re giving you the lowdown on what could be NYC’s defining movie brand. 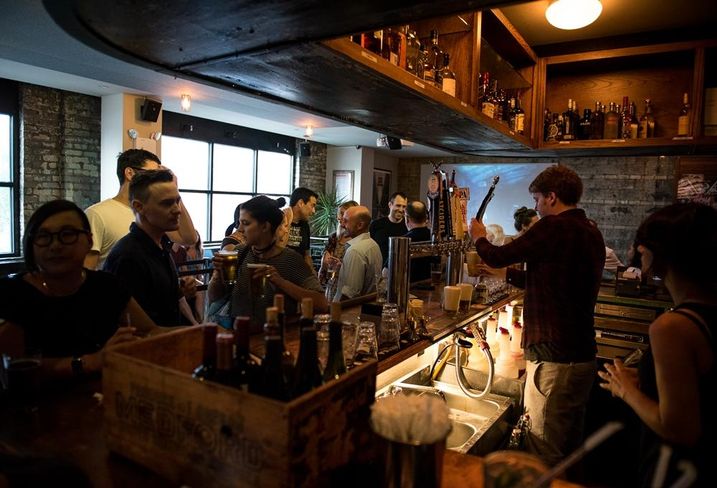 The cinema eatery concept isn’t revolutionary, Matt admits, seeing it in other parts of the country. The combination of creature comforts and interesting cinema created “a fuller experience” for Matt, and he was amazed and disappointed that such a profitable idea never made its way to NYC, a city that prides itself on its culinary and cinema scenes and heritage. Matt investigated, and discovered a Prohibition-era law in New York State that prevented alcohol service in a motion picture theater.

As he lobbied to have the law changed, Matt looked for a space in Brooklyn to make the concept a reality, not a quick and easy feat. Matt says it took him a few years before he came across a former movie theater that’s redevelopment stalled after the recession.

Matt and his team picked up the site, built around its warehouse elements, and filled the rest of the decor out with RePOP (a vintage furniture and design shop). It all came together in 2011, when the first location opened in June and Gov. Andrew Cuomo signed the law adjustment—allowing movie theaters to serve alcohol as long as they were a restaurant—a few months later. 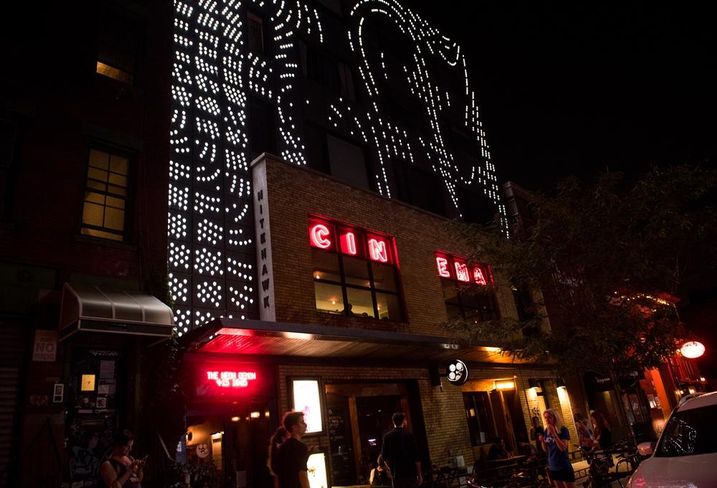 The theater’s exterior easily stands out on the low-key Brooklyn street with both its height and twinkling light exterior, giving the impression of a classic Tinseltown moviehouse. In fact, Matt says the whole theater—from entrance to exit—is tailor-made to create  a “video store era” movie feel, with neon lit signage, classic movie posters adorning the walls, and TV and movie footage from the '60s, '70s and '80s playing on the screens before the movies. 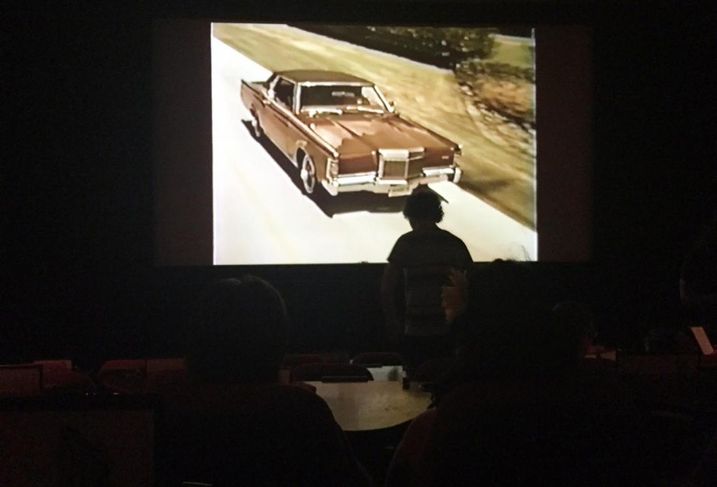 The Nitehawk also hosts a variety of events and film series, which can be based around a variety of themes and concepts, such as "crime” or “future cops.” Our showing of Harvey Keitel’s dark, bizarre Bad Lieutenant was part of the former series, with an upcoming showing of The Fifth Element part of the latter. Matt says these themes can help provide “entry points” for customers to experience more obscure films by having a better basis of knowledge.

But these 35mm, classic or new classic films can only be shown around midnight or at weekend brunches, as the Williamsburg theater’s limited space forces Matt to have new release films occupy normal business hours. Matt says he's also considering some weekday events, to tap into Nitehawk’s varied audience. 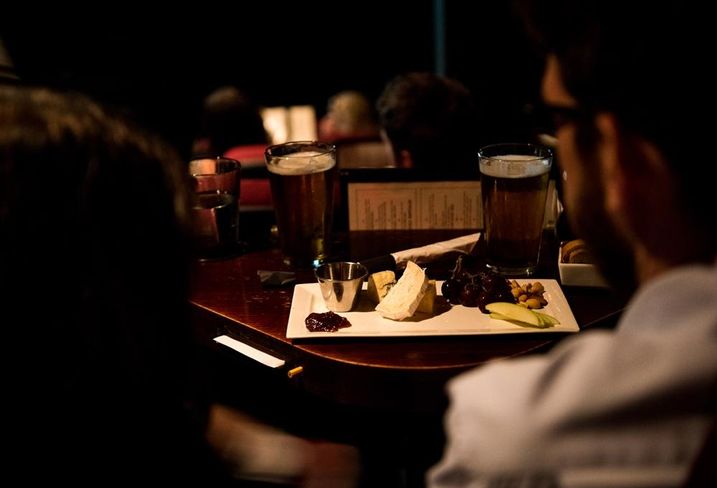 “We literally have something for everyone, from a casual cinephile to 35mm purists and film buffs, or hand-crafted cocktails to a Miller High Life,” he says. “We cater to a wide range of tastes, but our main focus is being an exceptional resource for our neighborhood.”

This variety is particularly noticeable in the menu, which, Matt says, is constantly evolving, but always remains locally sourced, house-made, easily shared and affordable. We ordered a few drinks, flatbread pizzas and even an ice cream sundae, and found the service to be quick and efficient, never breaking the flow of the watching experience. 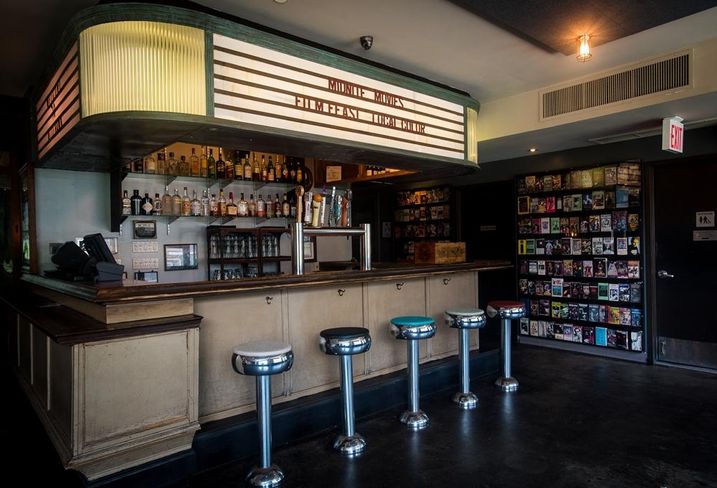 As the chain continues to expand—adding seven more screens with the Park Slope location, set to open next year—Matt expects the Nitehawk’s offerings to continuously grow and evolve, showing new release films alongside the expanded schedule of classics and giving everyone a bit of what they want.