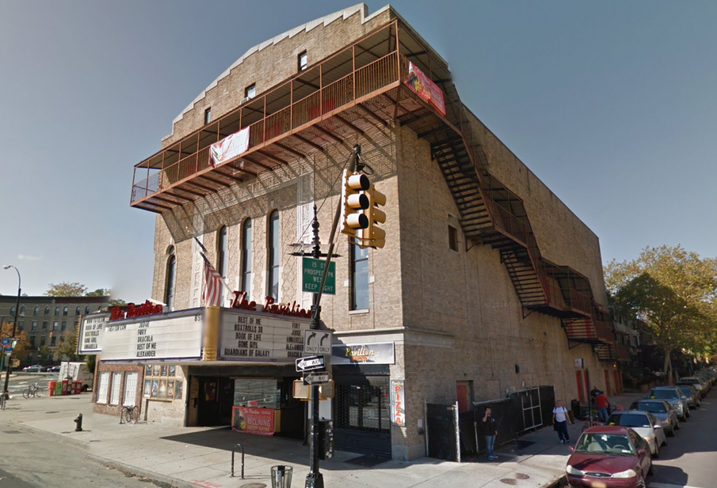 Park Slope’s long-neglected Pavilion Theater (pictured) will be converted into a Nitehawk Cinema after plans to add condos were dropped.

The new multiplex, called the Nitehawk Prospect Park, is the Nitehawk’s first expansion, and will have seven screens, 650 seats, two kitchens, two bar areas and a restored atrium overlooking the park. Expected to be complete next fall, the renovations should cost less than $10M, the New York Times reports.

Hidrock Properties COO Steven Hidary and Nitehawk Cinemas founder Matthew Viragh had actually discussed a Nitehawk takeover as far back as 2011, but those plans fell through. Hidrock, which bought the theater for $16M in 2006, then planned a six-story condo conversion while retaining a three- or four-screen theater. These plans were approved by the Landmarks Preservation Commission, but when Matthew came back with investors who wanted to buy the theater and give Nitehawk a long-term lease, Hidrock chose to sell.

Steven said the decision wasn’t due to the softening real estate market or fears of condo saturation, but because Hirdrock felt “saving Brooklyn” was a more important endeavor. The $28M sale closed on Aug. 26.

The Pavilion will close at the end of October. The cinema opened as the 1,516-seat Sanders theater in 1928, and shuttered in 1978 after decades of wear. It reopened as the three-screen Pavilion in 1996, expanding to nine screens in the 2000s. In the last few years the theater’s maintenance again fell by the wayside, with local reviewers complaining about broken toilets, ripped upholstery and dirty floors. [NYT]