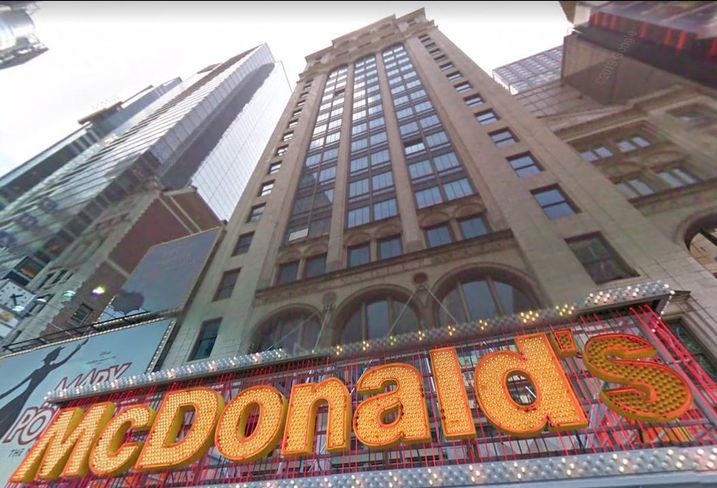 The sprawling McDonald’s in the heart of Times Square has closed its doors permanently, marking the end of a nearly two-decade run.

A representative for the fast-food giant told The New York Post that yesterday was the last day of operation, but said the “difficult” decision to close the location was not related to the pandemic.

“McDonald’s reviews its restaurant portfolio on a regular basis to make the best decisions for our business moving forward,” the spokesperson told the newspaper in a statement.

The 17,500 SF location on 42nd Street between Seventh and Eighth avenues opened 17 years ago. It was the area’s flagship location until McDonald’s opened up a new, 7K SF location at 1530 Broadway last year, which will remain open.

The McDonald’s isn’t the first closure to hit the area, which is known for extraordinary crowds and vast experiential real estate offerings. The 452-room Times Square Edition, a piece of Maefield's 20 Times Square property valued at $2.4B, announced last month it is closing its doors permanently only a year after opening up.

Flagship stores, which are larger and more expensive, have driven rents sky-high in Manhattan's top retail corridors like Times Square and Fifth Avenue, but they are also a pain point as the city's retail market quakes under social distancing restrictions and a shrinking city population: last week, fashion retailer Valentino sued its landlord to get out of its flagship lease on Fifth Avenue.