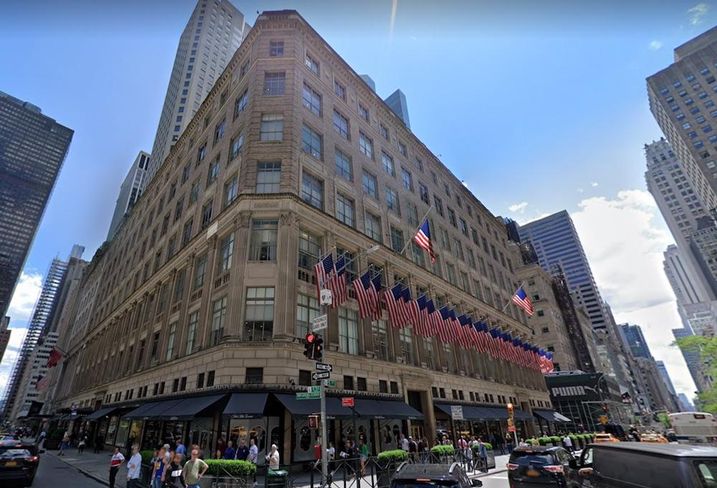 The demise of retail has been felt across New York's real estate industry for years, and it is taking a bite out of the value of Manhattan’s best-known shopping destinations.

Hudson’s Bay Co.’s building at 611 Fifth Ave., home of the Saks Fifth Avenue flagship, was recently appraised at $1.6B, Bloomberg reports. That value comes out to an almost 60% decrease from its $3.7B appraisal back in 2014, according to company filings Bloomberg reviewed.

The reasons for the fall are “the performance of the store relative to expectations in 2014, changes in market rents on New York’s Fifth Avenue, and the changes in the retail landscape,” the company told Bloomberg.

Average asking rents across Manhattan fell by almost 6% year over year to hit $756 per SF this summer, according to CBRE. It was the eighth quarter in a row with a rental rate decline. Along the part of the Fifth Avenue where the Saks store is located, retail rents have fallen 18%.

Canadian retail giant Hudson’s Bay Co. is spending around $279M renovating the Saks store, which would have even less value if it were redeveloped into other uses, Bloomberg reports.

Last month, HBC agreed to go private and has been looking at streamlining its retail portfolio in an attempt to improve its outlook. Its investors are considering the future of the company's real estate assets, with activist investor Jonathan Litt saying last year that the Saks building should be put up for sale.

Last year, HBC sold its iconic Lord & Taylor Building at 424 Fifth Ave. to WeWork for $850M — which is now said to be causing major pain for the ailing coworking company. In March, Saks Fifth Avenue closed its location in Brookfield Place, which was replaced by a 73K SF Convene.

Flagships, particularly those on the city’s priciest shopping strips, have been facing headwinds in the city for some time now. In March, Tommy Hilfiger closed its global flagship at 681 Fifth Ave., following Calvin Klein's move to close its Madison Avenue flagship in January. Ralph Lauren’s famous flagship store at 711 Fifth Ave. was shuttered in 2017 amid declining sales.