Cuomo: N.Y. Malls Will Only Be Allowed To Open If They Install Virus-Blocking Air Filters 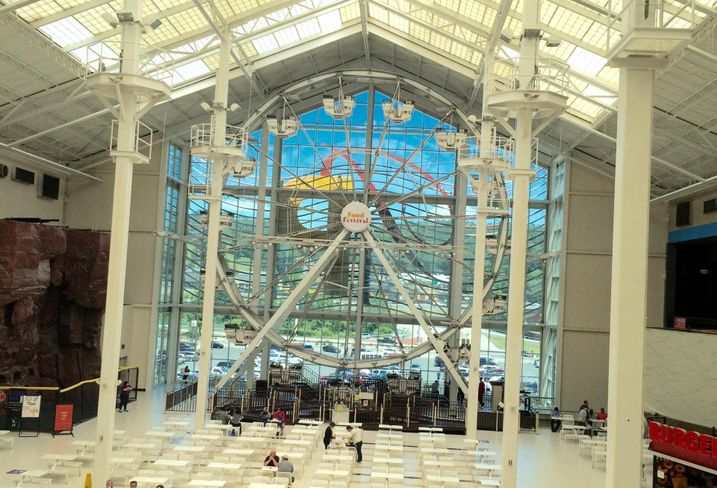 New York Gov. Andrew Cuomo provided an indication of how malls across the state may be able to reopen, saying this week there will be mandates on how air is filtered in the buildings.

“Any malls that will open in New York, large malls, we will make it mandatory that they have air filtration systems that can filter out the COVID virus,” Cuomo said at a press briefing this week, per CNBC.

He added that HEPA filters, a type of filter that uses mesh to stop dangerous particles, have been proven to reduce the virus that causes COVID-19 from circulating air. The governor said the MTV Video Music Awards will be able to take place on Aug. 30 at Brooklyn’s Barclays Center — still with a limited crowd or none at all — because HEPA filters are set to be installed at the facility.

New York City is still in Phase 2 of the staggered reopening plan, and was the last region to begin allowing certain types of businesses to open. The phase commenced last week, and has allowed for office buildings to run at a maximum of 50% capacity and restaurants to seat guests outdoors.

While New York City Mayor Bill de Blasio said last week the city is on track to move into Phase 3 as of July 6, major infection flare-ups in other states may affect the progress.

Indoor dining, for example, is due to begin on Monday, but leaders have said it may not be able to proceed considering outbreaks in other parts of the country that have alarmed public health officials.

New Jersey, which was expecting to allow some forms of indoor dining starting Thursday, has pulled back on the plan, Gov. Phil Murphy announced Monday, blaming the situation on other states. A final decision for outdoor dining in New York City is set to be announced Wednesday. Malls, gyms and movie theaters aren’t included in either phases 3 or 4.

There have been multiple malls built in New York City in recent years, including The Shops and Restaurants at Hudson Yards — a 1M SF retail complex in the mixed-use development from Related Cos. and Oxford Properties. BFC Partners last year opened Empire Outlets on the Staten Island waterfront, New York City's first outlet mall which has now opened. Westfield World Trade Center opened in the Financial District in 2016.

CLARIFICATION, JULY 6, 10 A.M. ET: Empire Outlets on Staten Island has been open since the city entered phase 2 of the statewide reopening process. An earlier version of this story did not make that clear. This story has been updated.