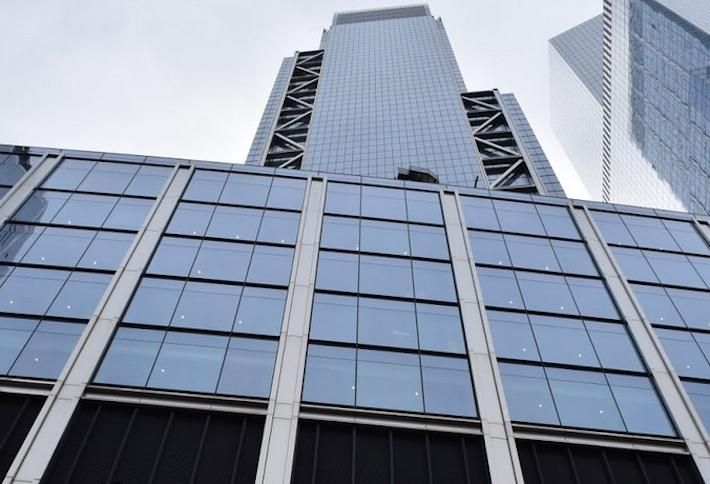 Another major Silicon Valley company is gobbling up a huge chunk of available space in a new Manhattan office building.

Uber is close to inking a deal for hundreds of square feet of office space at 3 World Trade Center, Crain’s New York Business reports. The deal is nearly finalized, and it would see the ride-sharing giant lease 308K SF for its New York headquarters across seven floors. It could also expand to nearly 350K SF as part of the deal.

The lease is set to be signed soon, sources told Crain's, and would mean the company is moving and expanding from several spots around the city next year. Uber, which is based in San Francisco, houses engineering staff at 1400 Broadway in Midtown and has its current NYC HQ at Terminal Stores in Chelsea.

The office portion of 3 World Trade, developed by Silverstein Properties, is more than half leased — with law firm Kelley Drye & Warren LLP taking 103K SF earlier this month. The building, which has 2.5M SF of office space, opened last year and has Group M and McKinsey & Co. among its tenants.

The retail portion of the skyscraper remains empty, however. The 75K SF podium, controlled by Unibail-Rodamco-Westfield, known as URW, has yet to find a tenant. URW told the New York Post its space has not been “handed over yet” by the Port Authority, which led to two restaurant tenants being released from their agreements to open in the hulking street-level portion of the building.

Uber's move to 3 World Trade would make it next door neighbors to another tech unicorn, Spotify, which has its U.S. headquarters at 4 World Trade Center. Other Silicon Valley companies pursuing major office deals in New York include Apple, which is looking for spaces as big as 750K SF, Amazon, which is in talks for office and warehouse deals in multiple parts of the city, and Facebook, which is reportedly close to a deal for nearly 2M SF of offices at Hudson Yards.