While traditional lenders continue to tighten their credit standards and take on fewer CRE loans, developers are expanding their businesses to include debt to fund their peers’ projects — and experts do not see this trend slowing even with talks of President Donald Trump rolling back regulations.

“Banks are still lending, but not quite at the same rate and pace due to regulation,” Cole Schotz Real Estate Special Opportunities group member Rab Nalavala said. “There are a series of alternative lenders that have come about [as a result].” 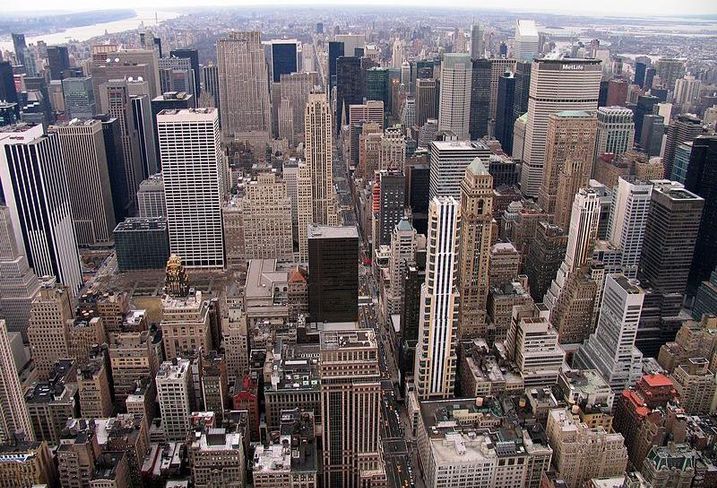 Last year, these funds sought about $32B in commercial property debt, according to Bloomberg, and have been favored over traditional lenders for their ability to move quickly on large loans, which may include mezzanine loans, bridge financing and other debt. Experts say this trend may accelerate as this cycle matures and builders become more selective in the equity deals they pursue.

“This market is seeing that the good deals on the development side are harder to find,  and there seems to be more activity on the debt and lending side,” Cole Schotz member and co-chair of the Real Estate Department Leo Leyva said. “This is where the opportunity lies. The bridge lending guys have known it for a while, and now the bigger boys are saying, ‘Now we should do it too.’”

From Kushner Cos. to SL Green Realty Corp. and Related Cos., check out the big developers that have expanded into the lending game.

New York’s Moinian Group, launched its lending arm, Moinian Capital Partners with the help of Morgan Stanley principal transactions group executive Jon Chassin earlier this year, and plans to lend roughly $1B annually for the next several years. Moinian is tapping into everything from mezz loans to senior mortgages with Chassin working to find transactions of at least $25M for the firm to lend or take an equity stake in.

Madison Realty Capital in New York is a veteran in the lending business, and is launching its fourth debt fund in the spring. The real estate investment firm closed its third, MRC Debt Fund III, last May — having raised $695M in capital, exceeding its original goal of $600M. The firm taps in to a myriad of lending opportunities, including commercial mortgage loans, mezzanine loans and preferred equity. Since its original $300M fund launched in 2005, Madison Realty has closed roughly $4B in debt transactions.

RXR Realty has been in this game for years. One of its first funds was launched through a joint venture with New York’s Hudson Realty Capital to “provide creative discretionary capital on transactions that banks and traditional lenders may not be able to underwrite,” the firm said in a 2012 release. Fast forward to 2017 and the firm is doing mega-deals like lending Extell Development $463M in mezzanine debt (though that has been revised down to $163M) for One Manhattan Square.

One of New York’s largest commercial property owners, SL Green Realty had a big year in 2016 in terms of debt and preferred equity. In its 10-K report filed February 2017, the REIT reported it has secured roughly $2B in first mortgages, mezz loans and preferred equity interests in 64 investments. SL Green is one of the original developers-turned-lenders; in 2013 the firm closed on financing it originated for New York’s iconic Sony Building at 550 Madison Ave. SL Green took on $150M in junior mezzanine debt for the building, and sold $175M in senior mezz loans to a private investment manager.

Jared Kushner’s Kushner Cos. launched its debt fund, Kushner Credit Opportunity Fund, in November 2016 with plans to lend $200M to developers over the course of five years. The fund will back Heritage Equity Partners president and founder Toby Moskovits’ mixed-use office and retail project at 215 Moore St. with a $33M loan, The Real Deal reported.

Related Cos. — the masterminds behind the $20B Hudson Yards development in Manhattan — launched its first opportunistic fund in 2012 when it raised $825M to buy out and redevelop distressed assets before selling them for a profit. Previously a head of Goldman Sachs global real estate alternatives, Justin Metz was hired to lead the firm’s Real Estate Fund Management team; the Hudson Yards developer has created assets including One Madison Park and 111 West Wacker in Chicago as a result of the funds, and today the company’s assets are worth more than $20B.

CORRECTION, APRIL 3, 11:10 A.M. ET: A previous version of this story incorrectly listed the name Madison Realty Capital and the debt transactions the firm has closed. This story has also been updated to include comments from Cole Schotz lawyers Leo Leyva, co-chair of the Real Estate Department, and Rab Nalavala, a member of the Real Estate Special Opportunities group.