The Dutch Developer Of The World's Smartest Building Has Sights Set On U.S. Expansion

Coen van Oostrom, the man who built the greenest, smartest office building in the world, sees two things when he looks at commercial real estate in the United States: lagging sustainability and a market with a heap of potential. 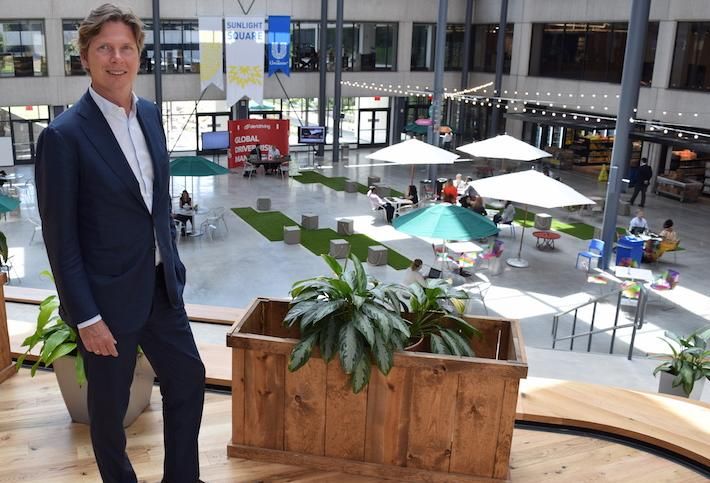 “If I came to the United States and said, ‘Hey, I’m a Dutch developer and I make beautiful buildings,’ I would have no chance against Related Cos. and all these other powerhouses,” said van Oostrom, the founder of OVG Real Estate and Edge Technologies. “But when it comes to sustainability or technology, they are behind what is happening in Europe at the moment. And that gives us a fighting chance.”

There is no doubt breaking into the American real estate market, particularly New York City, can be a battle. But van Oostrom brings with him some impressive credentials.

His firm developed The Edge in Amsterdam. The building, which has Deloitte as its anchor tenant, actually produces more energy than it consumes, and holds a 98.4% score from British sustainability rating agency BREEAM. It had the top rating in the world for three years, until it was recently surpassed by Bloomberg's London headquarters, which received a rating of 98.5%.

Now, van Oostrom has set his sights on the American market. His firm’s first U.S.-based development is the refurbishment of multinational food and consumer goods company Unilever’s American headquarters in Englewood Cliffs in New Jersey, which OVG co-developed with Normandy Real Estate Partners.

The new campus, which has combined four boxy, 1960s buildings with a sweeping glass-ceiling atrium, has been designed with the view of achieving LEED Platinum and WELL Gold certifications. 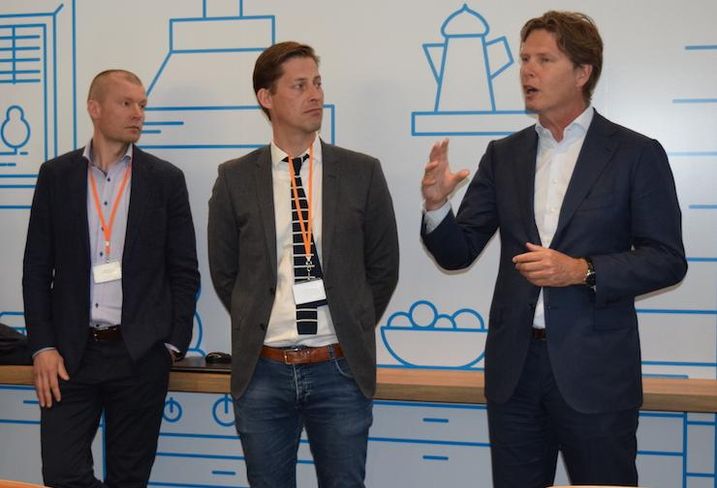 Next up, van Oostrom said, is the Manhattan office market.

The company is in negotiations for a plot of land in the borough for ground-up new construction, although he declined to give the location or specifics. He said some companies that own their own real estate have approached him and his team about building something similar to Unilever's property.

“We actually [are] very confident that there will be a lot of projects … there is just so much demand for making buildings more sustainable,” he told Bisnow in an interview at Unilever’s headquarters Tuesday.

He believes his entrance into New York City could set a new bar for office development.

“If we make one building in New York that is energy neutral, then all the other developers are forced to think about, ‘Wow, is this possible?'" he said. "And tenants will ask them, ‘Hey, Related, I wanted to go to the West Side, but I heard about this energy neutral building, can we have that too?’” 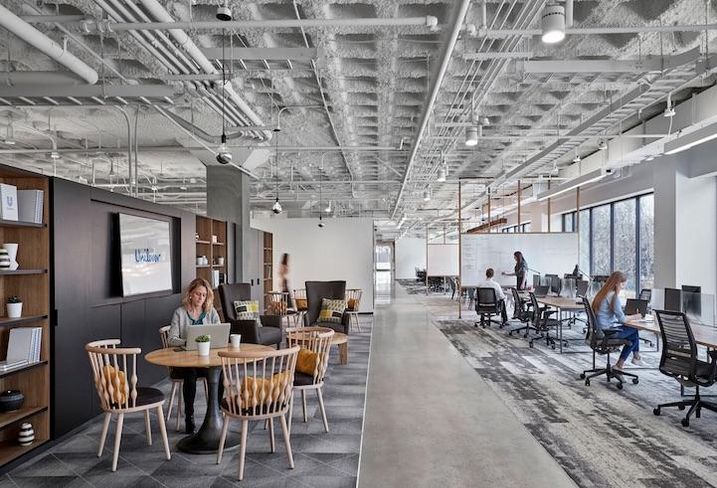 Once simply a real estate developer, Van Oostrom is repositioning the firm as a technology company. OVG launched its subsidiary, Edge Technologies, in January, which van Oostrom describes as a PropTech company. Previously, the firm pitched tenants, but it now plans to work on speculative buildings similar to its landmark building in Amsterdam.

Potentially, van Oostrom said, Edge Technologies could form partnerships with major developers — locals like Tishman Speyer or Related Cos., for example. That way, while the developers would do the brick-and-mortar, Edge Technologies would handle operational work and, via a master lease, continue to operate the building and maintain its green and smart features.

That is exactly what Edge Technologies is planning with pension fund TIAA. The two firms formed a $1.2B partnership in April, which will see them building European offices and gathering data about the people using them to make those buildings even better.

Taking on the Manhattan office market, however, is a tall order. The city is the playground for institutional heavyweights like Brookfield Property Partners, Tishman Speyer and SL Green, as well as dynasty developers like The Durst Organization. With new buildings going up rapidly, landlords are already jostling for tenants. 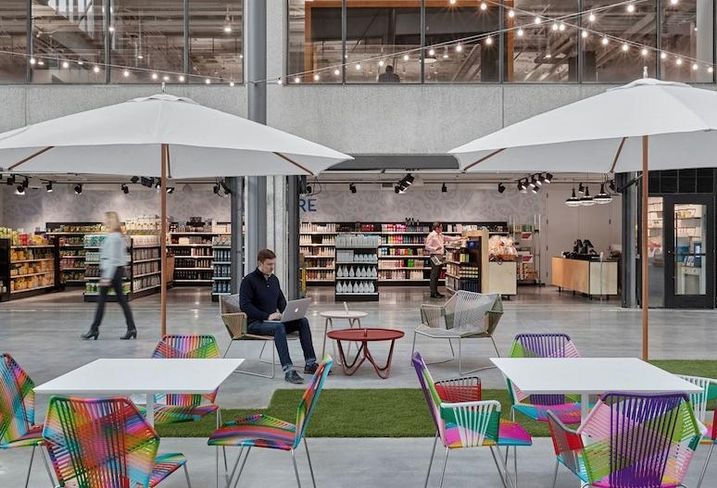 Courtesy of Unilever
Unilever Headquarters in New Jersey, where an app can follow employees' behaviors. The data is then used to fine-tune the building’s performance.

Still, van Oostrom said there is little in the city right now that compares to what his company can do.

“Durst already did One Bryant Park, but the performance of that building compared to what we’ve done isn’t even miles close.”

That particular building was the first commercial high-rise in the country to earn a LEED Platinum certification.

Van Oostrom said that while no business will waste money on sustainability and smart technology, in the United States, it can be an even harder sell.

“In the business community the culture is pretty tough, and people are afraid of throwing away money of their owners and shareholders,” he said. “Only if they see that the lower energy costs pay for it, will they allow it.”

At Unilever, for example, the company would pay for improvements that could be earned back during its 17-year lease. The costs of new exposed ceilings and introducing double glazing will all be paid for by lowering energy consumption over time, van Oostrom said. 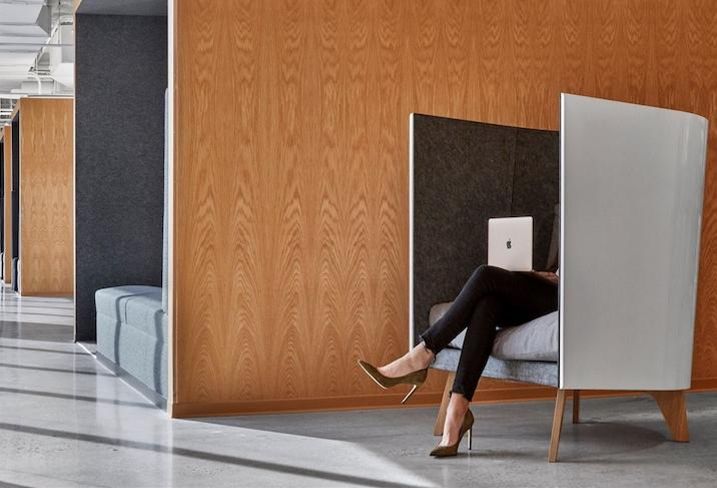 The new campus, which Unilever showed to the media this week, was a complete renovation of its 50-year-old offices.

The building features 15,000 sensors to measure temperature and track humidity, making sure rooms that are not being used have their lights and air conditioning shut down.

In the construction phase, for every tree that was removed, another two were planted in its place, according to Unilever. The bathrooms have all been fitted with low-flow faucets to bring them in line with LEED-rating requirements.

The overall aim is to reduce energy consumption over the term of the lease by 40%. In total, the design of the new building is cutting operating costs by 20%. 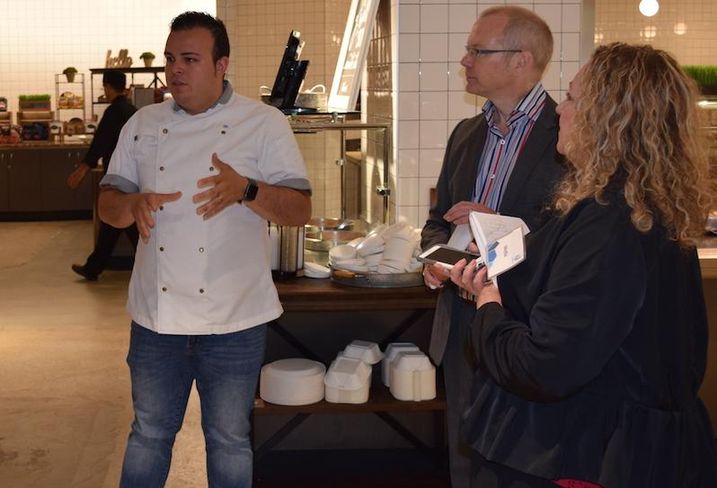 The cafeteria stocks locally sourced food and does not supply any drinks with more than 32 grams of sugar.

The on-site gym charges just $10 per month for full-time employees, and the mothers’ room has hospital-grade breast pumps. There is no assigned seating, even for the C-suite, and instead employees are grouped into “neighborhoods.” A total of 20% of the desks are sit-stand.

There are small wellness rooms for short workouts, stretching and meditation, huddle rooms for meetings, phone booths for calls and designated quiet spaces. 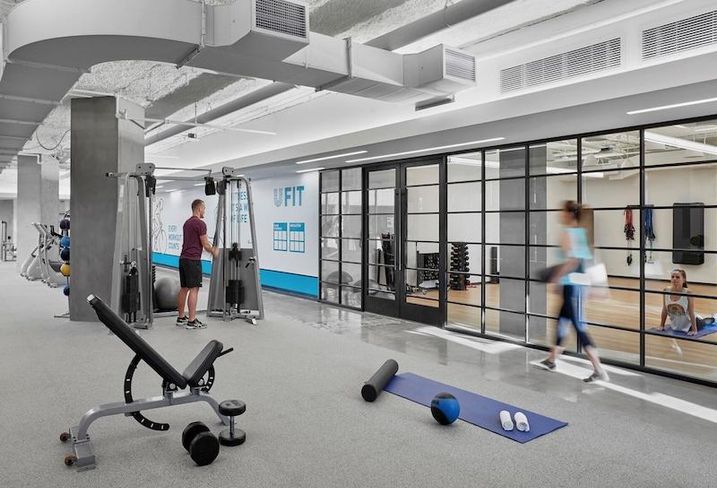 Employees, through an app called MapiQ, can see where others are within the building and customize their own workspace, like controlling the lighting. The app closely follows the employees' behaviors and uses the data to fine-tune the building’s performance.

It can, for example, give the building operator the information needed to know when to close down a part of the facility because it isn't being used.

"Sustainability has run its course as a differentiator or a unique add-on,” said Perkins+Will principal Paul Eagle, the architect who designed the renovation. “A lot of it is kind of morphed into a healthy workplace.” 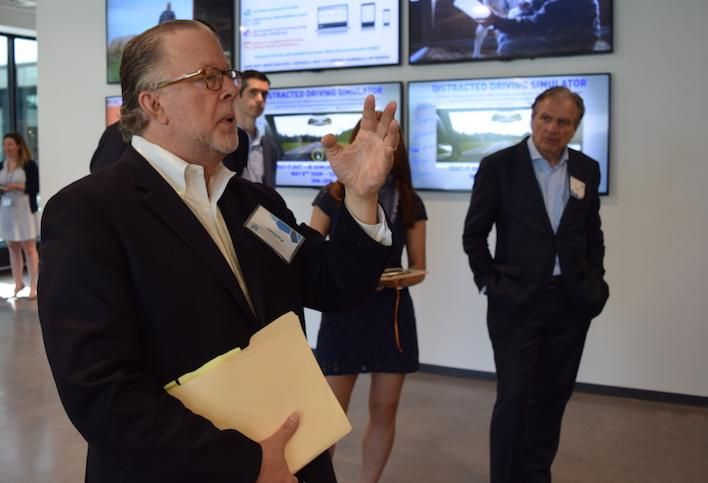 Bisnow: Miriam Hall
Perkins+Will's Paul Eagle talks about some of the design features at Unilever.

He said the “agile workplace” or “free address” can be chaotic, but the company’s ability to add an extra 600 people into the building while reducing its size by more than a third is a testament to how the design and approach simply uses the “space better and more creatively.”

Ultimately, van Oostrom believes there is a business case to be made for creating buildings like Unilever's that use less energy.

“People say, are you doing this for the money or doing [it] to save the world? I don’t believe in choosing between the two. We can save the world, we can make a lot of money and have fun doing it,” he said. “Real estate is a way to make money and do the right thing.”