After A Decade Of Waiting, Miami Finally Gets Modern Luxury Office Space 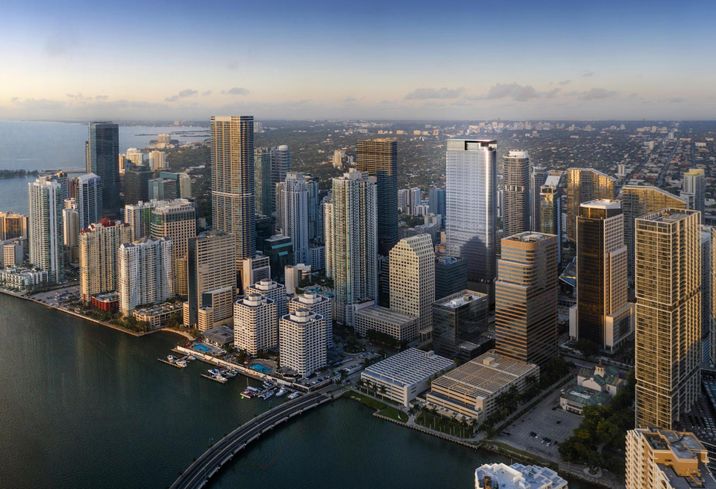 Miami might seem like it has it all, with stunning beaches, a world-class culinary scene and a vibrant, fast-growing population. But with a building stock that mostly dates back to the 1980s, Miami does lack one thing — prime office space. However, that is about to change.

"Miami is long overdue for luxury office space to complement the tech and innovation markets,” said Brian Gale, vice chairman of office brokerage services for Cushman & Wakefield. “This need is especially apparent in the city’s best and most exciting locations.”

Kicking off this slate of new workspaces is 830 Brickell, the first new office tower to open in Miami in nearly a decade. The 57-story, 724-foot-tall skyscraper is being developed by OKO Group and Cain International and is designed by Adrian Smith + Gordon Gill Architecture, the firm responsible for designing some of the tallest buildings in the world, including the Burj Khalifa in Dubai and New York’s Central Park Tower. 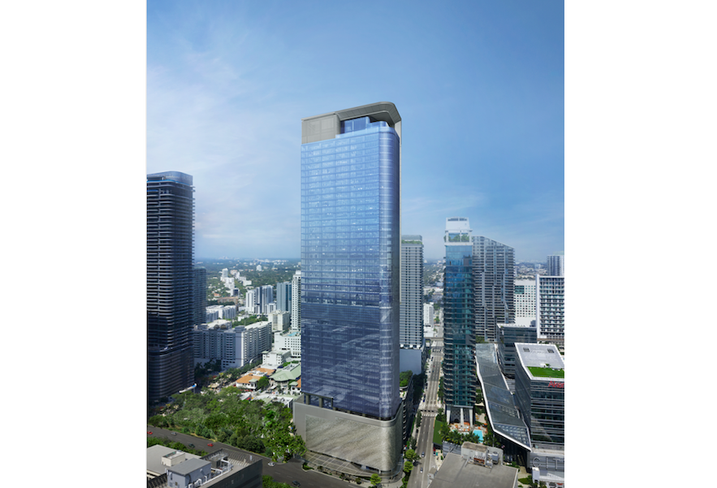 "We place great emphasis on developing office properties that offer modern luxury workforce amenities and services, and 830 Brickell will bring that approach to the top of the Miami skyline,” Cain International CEO Jonathan Goldstein said.

In order to attract a bevy of business, tech and finance tenants to 830 Brickell, OKO and Cain have invested in a host of modern luxury amenities designed to promote work-life balance. These include a health and wellness center and an upscale rooftop restaurant and bar.

Florida continues to attract major companies thanks to its attractive tax laws, including its lack of state income tax. With this influx of new jobs, the state needs to rapidly increase its inventory of large office spaces. 830 Brickell’s 460K SF of office space will go a long way toward filling that gap.

830 Brickell features high ceilings with floor-to-ceiling windows, column-free floor plates for maximum space and zoned air conditioning systems. The building has also been granted Wired Certification for its IT and communication systems.

The team behind 830 Brickell has also outfitted the building with several features that limit its impact on the environment, including electric vehicle charging stations and full-height insulated glazing designed to resist hurricane-force winds. As a result, the building has been awarded LEED Silver Certification. 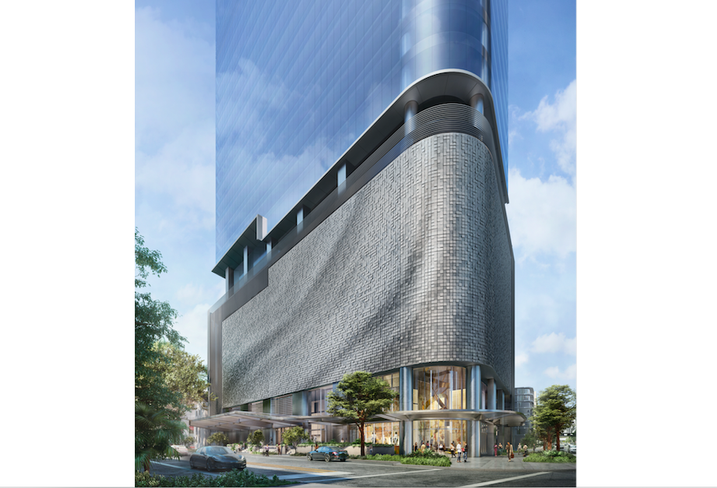 The delivery of 830 Brickell is part of the ongoing renaissance of Miami’s Brickell neighborhood. The area’s population tripled between 2000 and 2016 — and is now home to a wide variety of bars, restaurants and boutique shops.

“Miami is a thriving city and 830 Brickell will help attract world-class finance and business tenants, elevating the entire commercial landscape of the city,” OKO Group Chairman and CEO Vladislav Doronin said. “We believe it will be the best office building in Miami and set new benchmarks for design, amenities and sustainability."

This feature was produced in collaboration between Bisnow Branded Content and OKO Group. Bisnow news staff was not involved in the production of this content.

OKO Group
OKO Group is an international real estate development firm established by Chairman and CEO, Vladislav Doronin. OKO Group builds on the formidable expertise of Mr. Doronin— a successful and respected international developer, with a track record of more than 75 million square feet of world-class commercial, retail and luxury residential space over a total of 71 buildings as Founder of Capital Group.
Confirmed! You are subscribed to the Bisnow New York E-Newsletter.
Bisnow NY Newsletter
Bisnow NY Newsletter