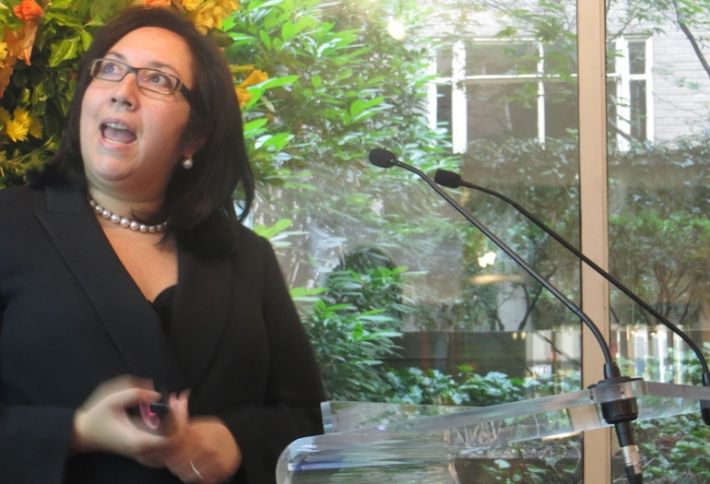 The US is better at real estate than at soccer, says C&W’s Janice Stanton, whom we snapped at a C&W media breakfast at Michael’s Wednesday. That’s made NYC a top destination for foreign capital. (Yet you don't see millions of locals going to bars to root for dollars.) Sovereign wealth funds have upped their real estate allocations by 68% to $425B over the past three years, and closed-end foreign funds have raised $208B to invest, half in the US. NYC retail is a top global target. 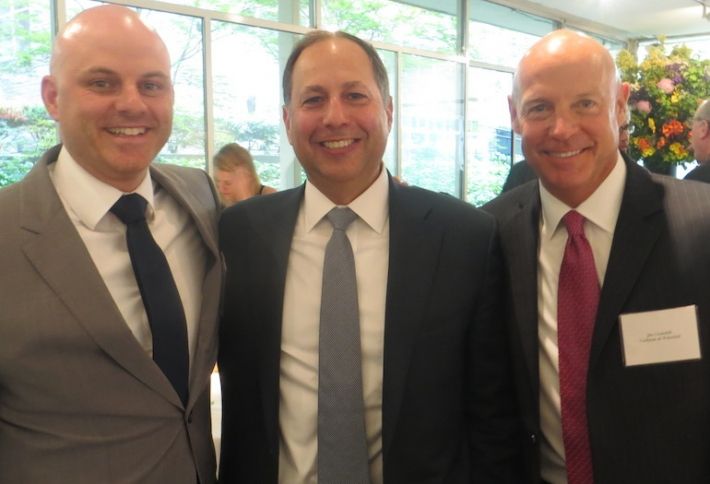 Gene Spiegelman (flanked by NYC Tristate prez Ron Lo Russo and Americas CEO Jim Underhill) says investors are hot for value-add retail. Twenty-six retail condos have sold this year, equaling all of last year. Rents have increased 37.8% in Lower Manhattan this year, he says, and Water Street will be a future frontier for street-level retail. Asking rents in Times Square rose 309% over the past five years (almost as much as the prevalence of costumed Elmos). 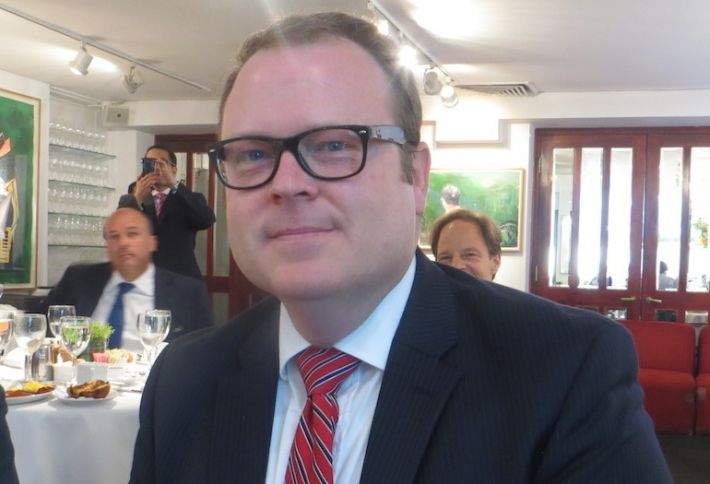 Office leasing has gone gangbusters for the first half of the year, says C&W’s Don Noland. Tenants have signed almost 17M SF of leases in the first two quarters, an amazing feat considering the average six-month leasing total over the past decade has been 12.3M SF. The key is big deals: There have been 25 leases larger than 100k SF, compared to 18 in the first half of ’13. He also says Class-B vacancy improved more than Class-A's in the first six months of ’14, and the rental rate gap between the two is closing. 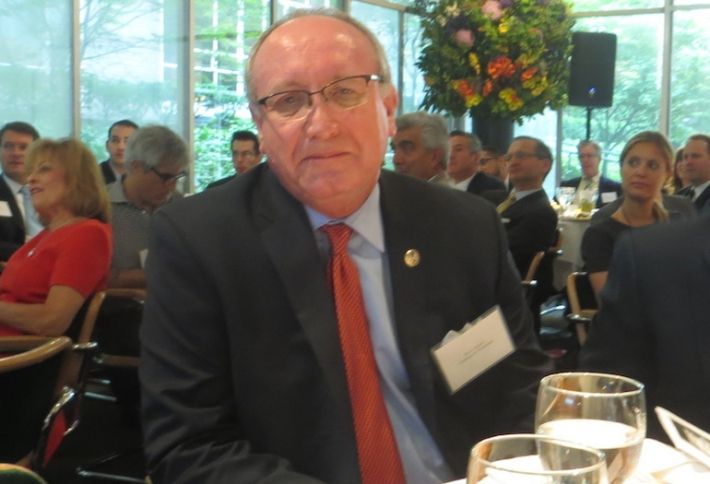 C&W global brokerage chair Bruce Mosler says big lease commitments are coming by the end of the year for the premier new space on the Far West Side and Downtown. Midtown is going to be just fine, at least those buildings whose owners invest in their lobbies and infrastructure. Midtown’s rents and vacancy have improved this year, and he expects the submarket's big tenant pool to be multinational services firms, like Neuberger Berman, a global investment manager that he and colleague Josh Kuriloff (as Vornado’s landlord rep) brought in April to the renovated 1290 Ave of the Americas after 22 years at 605 Third Ave.