Billions In Public, Private Investment Fueling A Transformation In Jamaica

Last week was a groundbreaking moment for Jamaica, Queens, both literally and figuratively. Local officials and developer BRP Cos. broke ground on the $407M affordable mixed-use project The Crossing at Jamaica Station. The project is another symbol that the neighborhood known mostly for being close to the airport is poised to be a development hotbed for years to come. 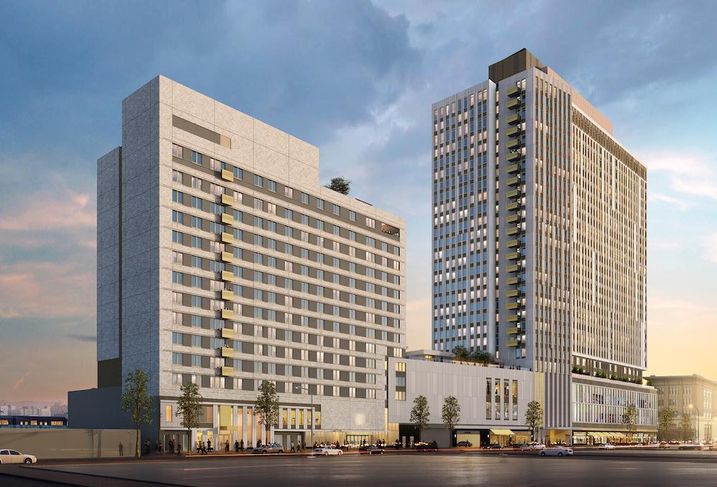 "This will be a catalyst for future development in Jamaica," BRP director of development Andy Cohen said. "We feel there is demand for multifamily, amenity-rich development and city and state support for new development."

When completed in 2020, the two-building project will have 669 apartments, 100% of which will be affordable, with occupants in a wide range of income levels. Cohen said the affordable housing lottery, likely to draw tens of thousands of applicants, will launch in 2019.

City support is strong in the area; it is a key financing force behind Jamaica Station, providing $65M in tax-exempt bonds alongside low-income housing tax credits and $300M in construction financing from Goldman Sachs. The city has committed more than $150M to the redevelopment of Downtown Jamaica, extending beyond just BRP's development.

"The city is pouring a lot of money into Downtown Jamaica," said Madison Realty Capital vice president Eugene Rozovsky, who will be speaking at Bisnow's Queens State of the Market event on Thursday. "We think there’s a lot of future growth potential in that market."

The state is invested, too. Gov. Andrew Cuomo has committed to $10B of investment into John F. Kennedy Airport, including an expansion of the AirTrain service that runs from the front door of The Crossing at Jamaica Station. That investment has a big focus on transportation, which will spur interest in the burgeoning neighborhood. 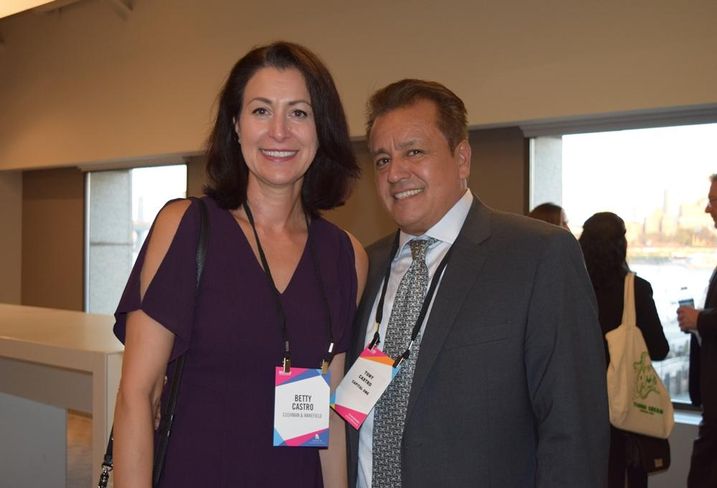 Bisnow
Cushman & Wakefield's Betty Castro and her husband, Tony Castro of Capital One

"Jamaica is going through a transformation and is going to be the next hip, cool place for the younger creative types," said Cushman & Wakefield managing director Betty Castro, who leads the firm's Brooklyn and Queens operations. "Jamaica will become a hotbed of development."

The appeal is not just affordable housing or airport-related. Despite its location in southwest Queens, Jamaica is less than 20 minutes from Manhattan on the Long Island Railroad, a similar speed of commute as Queens' established hot neighborhoods in Astoria and Long Island City.

While Jamaica itself might still be an up-and-comer, Queens on the whole firmly established itself as a major player alongside Brooklyn in 2016, with a record-shattering $4.9B in commercial real estate sales, with values increasing across-the-board.

"I definitely think that there’s been a more active spotlight on Queens in the recent year or two," Rozovsky said. One of its most attractive features, as an investor, is how much has already been built. "It’s probably one of the most attractive locations, because you’re still able to find pricing that you couldn’t replicate with vacant land. You’re able to buy assets, and if there is a downturn, those assets would hold strong and you’d be able to capitalize quickly when the market rebounds." 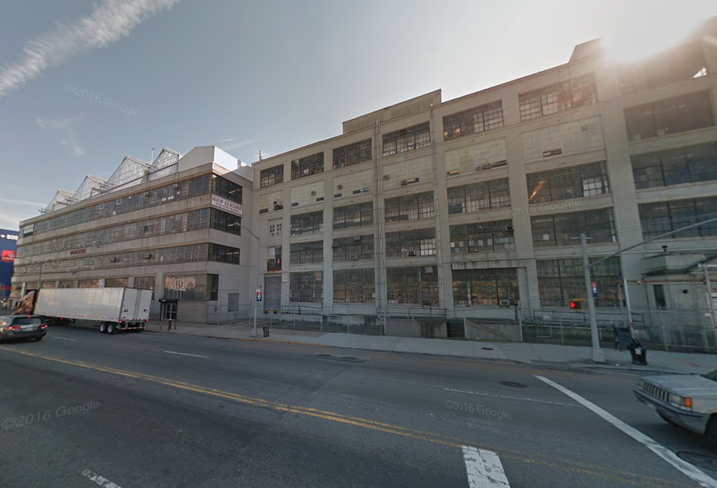 That market dynamic is what led Madison Realty Capital to acquire 184-10 and 184-60 Jamaica Ave., an over 600K SF industrial property, for $78M. The property is under contract and should close this summer, Rozovsky said. Madison views it as a long-term hold because of the neighborhood's growth potential and lack of industrial supply.

When the property increases in value, it will partly have BRP to thank. It is viewed as a market-changing project, and, at more than $400M, is the largest private investment in the neighborhood's history.

"This will be a catalyst for future development," Cohen said.

But since construction is expected to wrap up in two years, Jamaica is in the sweet spot for investors and residents alike: prices are well below other emerging neighborhoods like Greenpoint and Bedford-Stuyvesant in Brooklyn, and the neighborhood's diverse culture and charm is still pervasive.

"The volume of sales in Bushwick and Bed-Stuy, we are getting the highest velocity there. You are going to see the same thing happen in Jamaica," Castro, a Queens native, said. But "it will take a long time for Starbucks to appear on every corner."