A snazzy new outdoor amphitheater will open this July in Coney Island, marking the first concrete step in years toward the longtime goal of making the area a truly year-round entertainment destination. 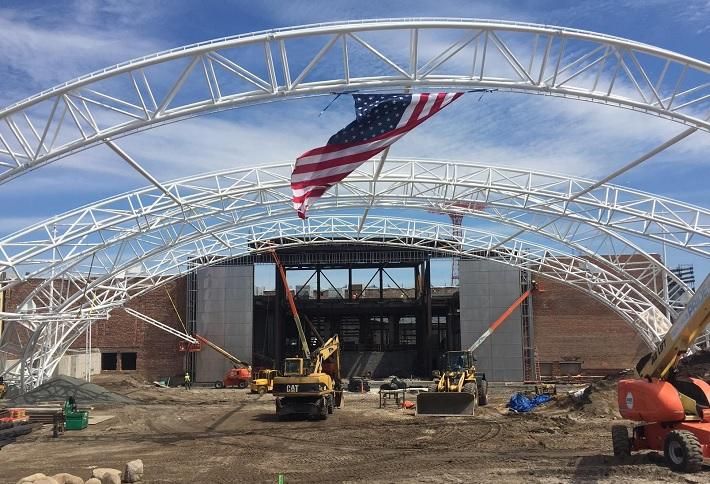 Developed by iStar and Coney Island USA, the amphitheater at Coney Island (it doesn’t have an official name yet—iStar’s still looking for a sponsor) will be the first covered outdoor arena in the Tri-State Area, perfect for Brooklyn’s rainy summers. The developers expect it to bring roughly 250,000 concert-goers to the area this summer alone.

When it’s finished, it will seat up to 5,000. LiveNation, which will hold the lease on the building and organize events there, already has a packed roster lined up for the summer, including Sting, Ziggy Marley and a slew of other acts.

The catering firm Legends will be doing the food, eschewing popcorn and hot dogs for chef-designed small plates and other fare that borders on haute cuisine. 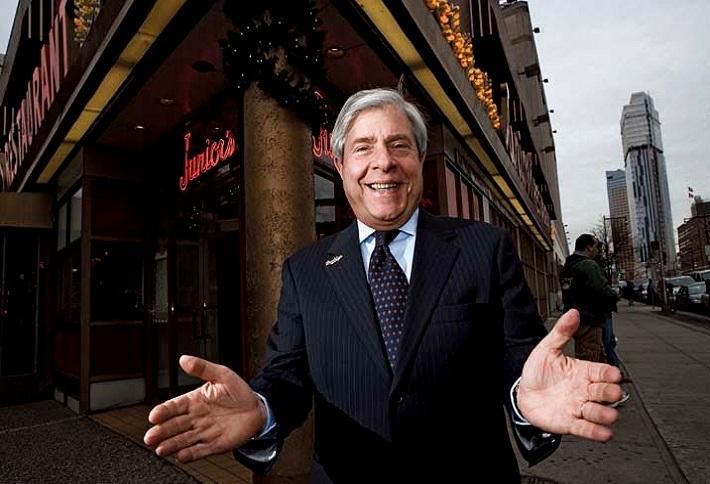 For Marty Markowitz (above), a longtime state senator and former Brooklyn borough president, the amphitheater’s opening this July represents the culmination of a long-held desire to remake Coney Island for the 21st century.

Not to mention the nearly eight-year-long process of legal wrangling and deal-making it took to finally get the project off the ground.

"For a long time I’ve felt that for Coney Island to truly live up to its title of ‘America’s playground,’ it needed three things—a hotel and convention center, year-round indoor amusements and entertainment, and a venue for music and live events," Marty says. “Now, with the amphitheater, we can finally cross one of those off the list.”

There are several signs that the amphitheater is just the beginning, however.

A new, 40-story multifamily tower at nearby 532 Neptune Ave will be breaking ground soon, and back in January Pye Properties bought Coney Island’s iconic, but long-vacant, Shore Theater for $20M. The developer has promised to restore the landmark to its former glory as a year-round entertainment site, possibly crossing another item off Marty’s list in the process.

Comments made by Pye’s lawyer to Brooklyn Daily seem to confirm that vision. The people of Coney Island “don’t want this to be just a seasonal venue—it will be for all seasons benefiting not only tourists, but the people here year-round,” he tells the paper.

In addition, Thor Equities closed on several Coney Island parcels last year, although its plans remain unclear at the moment. The New York Aquarium, located on the Boardwalk, is also unveiling its $127M renovation this year, and late last year the city moved forward on plans to use eminent domain to seize neglected Coney Island plots and turn them into a "grand walkway."

Beyond the amphitheater, iStar has further ambitions in the area as well—the developer owns a site with over 1M BSF just across from the new venue, bordered by Surf Avenue, West 20th and 21st streets and the Riegelmann Boardwalk.

Julia Butler, an EVP at iStar, says the amphitheater should be a boon to that specific slice of Coney Island in particular, as well as the neighborhood in general.

“We liked this project because it would bring a cultural anchor to what was previously a very desolate stretch of Coney Island,” she says.

Although the amphitheater and iStar’s development site are only a few blocks from the subway, previously there was little in the area to draw tourists away from the main boardwalk.

What does it all mean? Do the projects in the Coney Island pipeline represent a few one-off developments, or is there actually a trend underway here?

Marty, for one, thinks it’s the latter.

“I think you’re definitely seeing a trend towards greater development in the area right now, and frankly I think it’s long overdue,” he says. “In any other large, successful A-list city, the closer you get to the water, the more valuable the property becomes.”

“For a variety of reasons that has never really happened with Coney Island, but I think you’re seeing people start to recognize the potential there.”

Julia is even more direct. “I think there’s a huge wave of development coming online in the next few years,” she says. 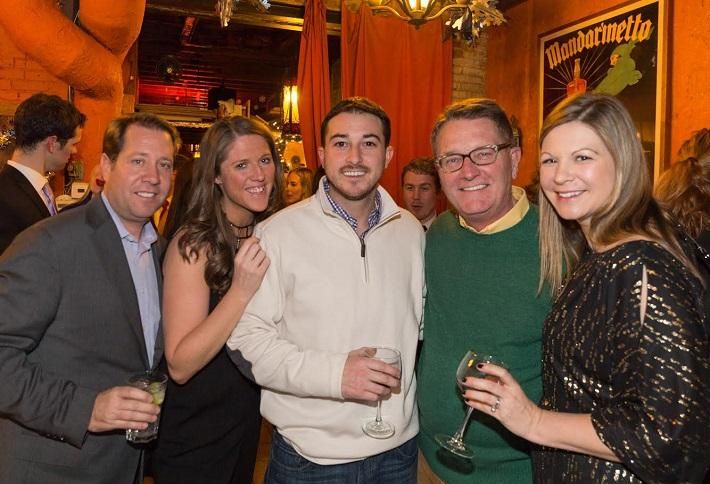 Ryan Condren, a managing director at CPEX who’s worked on several leases in the area, agrees. But he also notes that we’ve seen this before—during the height of the last cycle, “Coney Island was almost getting more attention than Williamsburg.”

Expectations were set on a major overhaul of the boardwalk, which would then spill out into the rest of the neighborhood. Publications ran stories with bombastic headlines predicting a total transformation of the Coney Island of yesteryear.

After the crash, though, that vision never quite panned out.

Ryan (shown above, center, with CPEX's Brian Leary, Kristina Triglia, Tim King and Dorothy Leary, Brian's wife) thinks the potential has been there all along though, and we’re finally starting to see developers acknowledging that.

“Roughly 80% or so of the articles that get written about Brooklyn, as well as the general chatter, tends to focus on the neighborhoods above Prospect Park,” Ryan says. “With the new amphitheater and everything else that’s on the horizon,” he thinks we’ll start to see Brooklyn’s center of gravity shifting south in the months and years ahead.