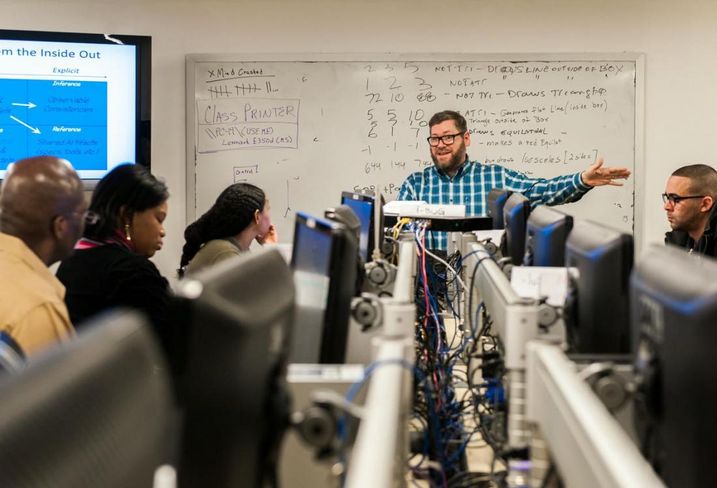 The tech sector in Brooklyn is drawing a lot of attention right now, and rightfully so, given the long list of tech headlines and innovations coming out of the area: the Brooklyn Tech Triangle, tech hubs and thousands of tech jobs at the Brooklyn Navy Yard, Industry City and last weekend’s annual BKLYN DESIGNS event, to name just a few.

But another industry making its mark on Brooklyn, often overshadowed by the booming success of the borough’s growing tech companies, is the nonprofit sector. In fact, it has been a key element in the emergence of Downtown Brooklyn as a major hub of creativity, growth and innovation.

Start with the Brooklyn Academy of Music (BAM), the 150-year-old organization that anchors the borough’s thriving cultural district. Attracting over 550,000 visitors annually, BAM is the gateway to the Brooklyn Cultural District and other arts and entertainment venues such as Barclays Center, the Brooklyn Museum, the Brooklyn Botanic Gardens and more.

It has helped lead to over $100M in investments in public spaces and the arts and spawned the development of a 32-story building with 50k SF of cultural space, 23k SF of retail, a public plaza and up to 400 new apartments.

Another fine example of a not-for-profit leaving its fingerprint on Brooklyn is Per Scholas. Founded over 20 years ago, Per Scholas provides free technology access, education and practical training to underserved communities in the city. With the help of the CPEX Real Estate Office Sales & Leasing Team, Per Scholas is relocating to Flushing Avenue in Bedford-Stuyvesant to provide an 80% employment rate and 429% increase in post-training income.

Although the tech sector may be getting all the headlines, the often overlooked nonprofits are making an impact—and as in the case of Per Scholas, sometimes at the intersection of both.