A 1.5-mile street in Lower Manhattan tells the story of the borough’s built environment from the native Americans through John Astor to Whole Foods and Ace hotels. At least one building per decade has risen here since the Dutch settled Manhattan, adding up to 219. 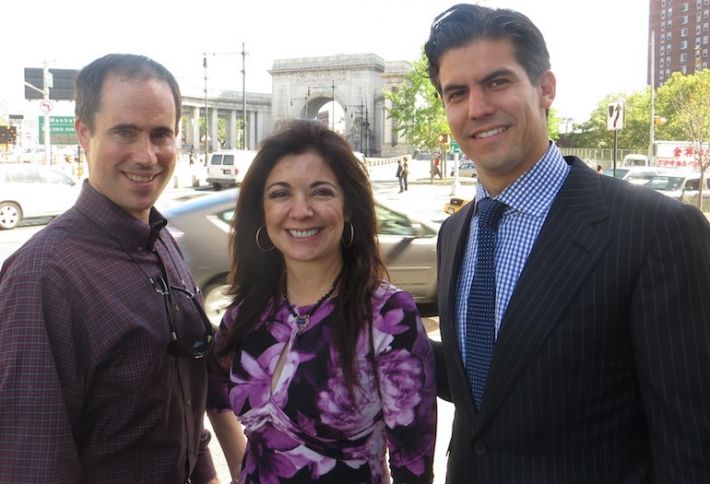 Initially a native American foot trail that ran all the way through what became Albany and into what became Canada, the Bowery translates to farm in Dutch, says New York Historical Tours' Kevin Draper, whom we snapped with Eastern Consolidated's Adelaide Polsinelli and Carlos Olson. The Dutch were relatively liberal, freeing their slaves after 20 years of service, and in the 1600s, those freedmen settled around Chatham Square (later named after the English duke). The Bowery runs from this point (three blocks south of the Manhattan Bridge in Chinatown) up to Cooper Square. 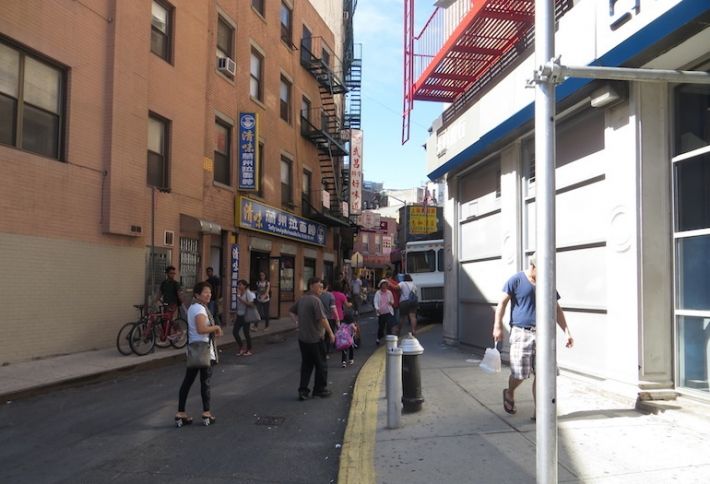 The one-block, 200-foot-long Doyers Street—now home to Chinese tea parlors, a post office, and trendy craft cocktail bar Apotheke—once was the murder capital of America, Kevin tells us, the epicenter of Chinese gang wars of the early 1900s, and the place where the term “hatchet man” got its literal start. 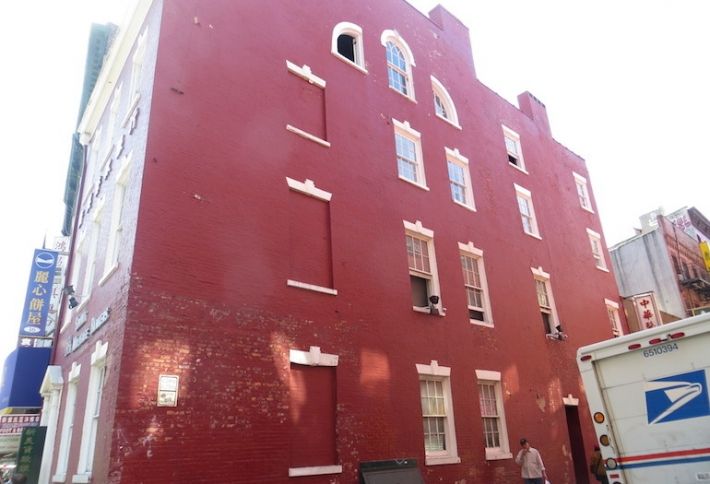 At Pell Street, Summit Mortgage Bankers occupies one of the borough's oldest buildings, delivered in 1789 for butcher Edward Mooney, who lived upstairs. (Chinese consider red the luckiest color. Also lucky is the number eight; Adelaide tells us she won the listing for the Forward Building at Canal and East Broadway because her phone number had the most eights.) Butchers were among the most esteemed professionals (hence the three floors of living quarters). Kevin tells us Heimlich Astor lived near the Bowery and after the Revolutionary War convinced his brother Johann to join him in NYC. Johann worked on the docks, befriended the ship captains, and started trading beaver pelts. Eventually, Johan changed his first name to John, put his fur fortune into real estate, and became New York City’s largest landholder ever. 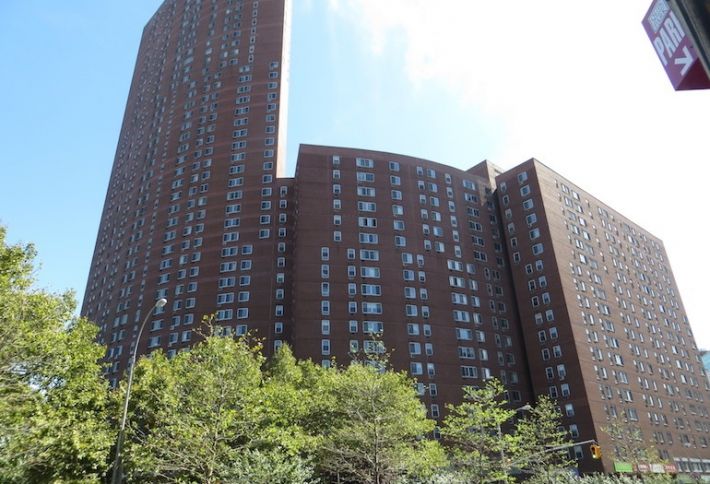 Across the street and almost exactly 200 years later, the 762-unit Confucius Plaza rose in 1975 as subsidized housing for the overflowing Chinese population in the area.

Watch for Part 2 next week as our tour of the Bowery heads north.