In The Near Future, Urban Planning Data Will Drive Multifamily Lending Decisions 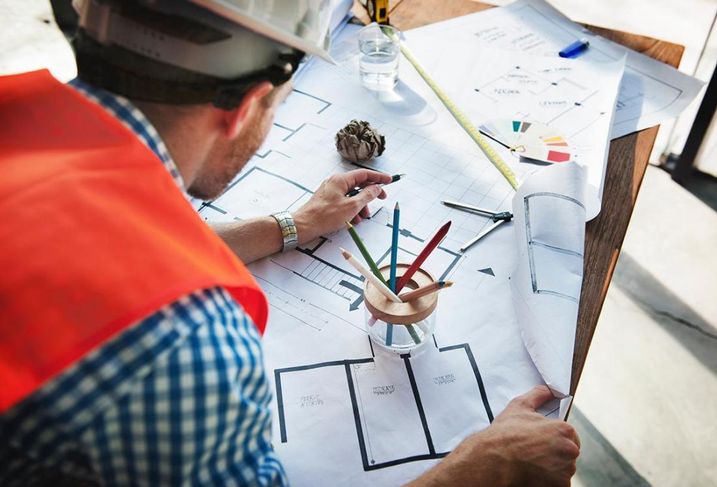 In 1638, the urban planners behind the New Haven colony tried something different. Whereas most settlements in the nascent U.S. developed organically, New Haven planners plotted out a system of connecting squares and roads around a central green. The plan provided both a more efficient way of transporting people across the city and an accessible park space for pedestrians.

This nine-square grid would serve as the template for modern cities across America. Thomas Jefferson would go on to codify the grid system, which can be seen in iconic gateway cities from New York to Los Angeles.

Today, as cities face issues like affordable housing shortages, traffic congestion and failing public transportation, cities are once again looking for a way to reinvent urban planning. Unlike the designers of the past, today’s leaders have a robust tool for solving these problems: data.

From the number of trees on a street to historic trends on apartment rental prices, experts from both the private and public sector can leverage this information to develop assets that better serve city residents.

On the financing side, this data can also better equip lenders with the information they need to match the appropriate loan product with the project, its specific level of risk and how it fills a need in a particular area of the city.

“Having a tool that provides lenders with more complete information on how a potential project will fit within a community allows us to better assess the risk and deploy capital more effectively when targeting new multifamily development,” Capital One Managing Underwriter Todd Phillips said.

On the tenant side of the multifamily market, data is already helping to drive decisions when it comes to renting and choosing a neighborhood. Platforms like Trulia and StreetEasy can relay information about rental averages, crime, public transportation accessibility and the average age of neighborhood residents.

Local governments, lenders and developers looking to add to existing multifamily inventory currently lack access to similarly detailed data. An affordable housing project developer, for instance, might not have a detailed look into the median incomes of residents on a per-unit level.

In Australia, various government officials have already begun researching how a data-driven approach to urban planning can help both the public and private sector understand commercial productivity, housing needs and demographic changes in areas, as well as act on future changes to this information.

Several creative solutions to mining this data include street sensors that monitor the number of people in areas as well as the pathways they take on the way to work or leisure activities. For commercial real estate developers, this information can determine where the best plots of land to build retail or office properties are located.

Mobile phones can also act as a data source. GPS devices on smartphones can now provide information on the efficiency of public transportation and infrastructure, while built-in pedometers can measure both the walkability of a city and individual resident health.

A major challenge lies in finding ways to take this data and compile it into a system that allows governments, developers and lenders to understand it and make informed decisions. Australian researchers at the National Centre for Social and Economic Modelling and Australian Population and Migration Research Centre developed AURIN, an online interactive map that integrates data from numerous sources into a unified platform.

Users of the map could compare the average income of a resident of a neighborhood in Brisbane, for example, with their access to public transportation. While seemingly disparate information, the overlay of this data could identify underserved pockets of the city in terms of equitable access to resources. Based on that data, a city could create tax incentives that encourage developers to build affordable, transit-oriented apartment projects in that neighborhood.

Back in the U.S., the Massachusetts Institute of Technology is using 3D modeling and augmented reality to give the commercial real estate industry deeper insight into cities. One initiative, CityScope, takes the practice of playing with Lego blocks and translates it into a tactile, city visualization exercise. Using a board of Legos that are projection mapped with 3D data, users can build a model city that provides real-time feedback on its functionality.

Various zones will also score poorly in the interface based on access to other areas. An isolated residential area scores poorly, while a neighborhood with a mix of nonresidential use performs better.

CityScope is part of larger smart city initiative MIT is developing as part of its Senseable City Laboratory. The research lab’s mission is to merge the built environment with a living, evolving digital representation of how it operates and shifts over time. This approach is multidisciplinary and involves the participation of designers, planners, engineers, physicists, biologists and social scientists.

Private citizens also play a role in mapping this data. In Barcelona, Spain, MIT launched a game-like urban simulator, where residents can shape how their neighborhood might operate. From redirecting traffic to reducing pollution, players indirectly provide urban planners with feedback on the type of city that would best meet resident needs.

For lenders like Capital One, the translation of this data into a more concrete understanding of how cities operate and how residents interact with built spaces will transform how loans are underwritten, Phillips said.

Rather than only look to historic trends and economic data to examine the pro forma of a potential asset, lenders will have a real-time, holistic picture into the value of a property in a given area. And like the first street grids, this new way of approaching the development of the built world could set the standard for urban planning for generations to come.

This feature was produced in collaboration between Bisnow Branded Content and Capital One. Bisnow news staff was not involved in the production of this content.

Capital One
Our dedicated team of Commercial Real Estate (CRE) professionals combines the attention and service of a local bank with the resources and advice of a financial industry leader. As a designated lender with Fannie Mae, Freddie Mac and FHA, we bring deep experience to every project, along with the extensive multifamily financing capabilities of a top-10 U.S. commercial bank.
Confirmed! You are subscribed to the Bisnow New York E-Newsletter.
Bisnow NY Newsletter
Bisnow NY Newsletter