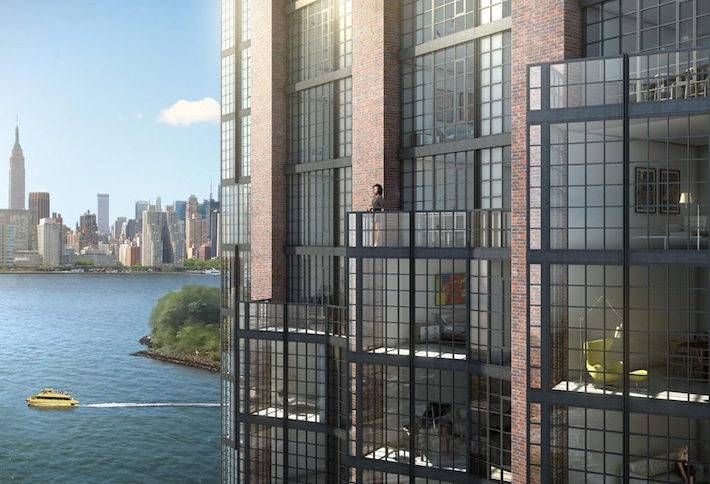 Brookfield is making good on its plan to push further into the multifamily sector, announcing it will build another two rental towers at Greenpoint Landing in Brooklyn.

The equity giant is joining with Park Tower Group to co-develop the buildings, which will feature around 1,240 units, 30% of which will be affordable, according to a company release.

Construction is expected to start at one of the new buildings in 2019, and the total cost for the two development sites is $1B. The firms are already developing two rentals at Greenpoint Landing together, one of which will begin leasing this summer. Those buildings, which were announced in 2015, feature 800 units.

“Brookfield is excited to partner with Park Tower Group to help realize its vision for Greenpoint Landing, bringing new housing, a school, local retail, and waterfront open space to Greenpoint,” Brookfield Chairman Ric Clark said in a statement. “In the coming months, we’ll open our first building being built with Park Tower at the waterfront site, and we look forward to our continued work together on this transformative project."

Greenpoint Landing is a 22-acre redevelopment project between Brooklyn and Queens. Eventually, it will feature a 10-building complex with 5,000 apartments, a 640-seat elementary school, retail space and a waterfront park.

Brookfield has set its sights on developing more multifamily projects in recent years.

The Eugene — an 844-unit rental building at 435 West 31st St. that opened last year as part of the Manhattan West project — is more than 80% leased, according to the company.

It is reportedly paying $165M for a mixed-used site, with mostly residential planned, in the Bronx. The firm is also in discussions to partner with Kushner Cos. to redevelop its troubled office building at 666 Fifth Ave.