Without the events these folks put on, you’d never get out from behind your desks. (Oh, wait, you'd have our events!) But they also do some serious thinking about issues that affect us all. 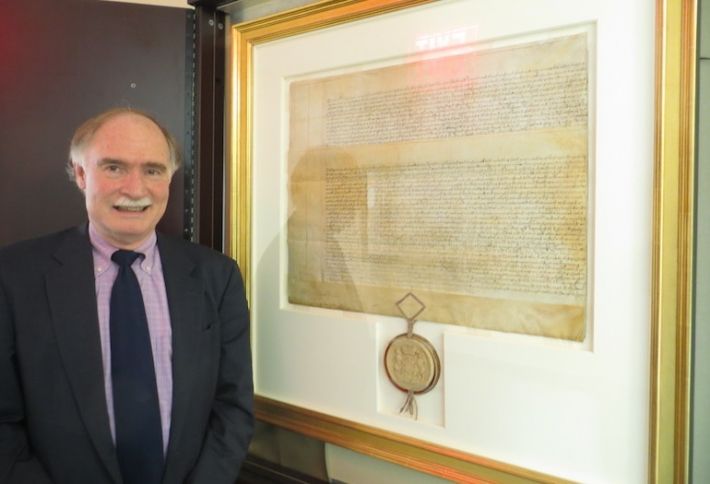 Real estate pros join this group by invitation only, says NY chapter president Casey Kemper, whom we snapped at his 500 Fifth Ave office. The aim is a peer group of accomplished execs. They circulate at two national meetings, as well as the NY chapter's annual economic breakfast (co-hosted by the Appraisal Institute) with Moody’s Mark Zandi and five smaller breakfasts with brokerage, management, and development experts. Casey will wrap up a two-year term as chapter prez this year. Ninety of its 1,100 worldwide members are in NYC, three of whom became members at the last national meeting, in Austin. 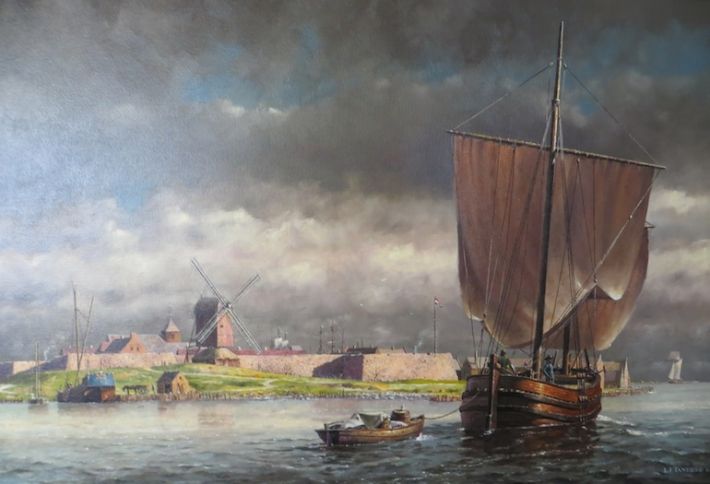 Casey also heads Collegiate Asset Management, which manages the endowment for the Collegiate Church Corp (Reformed Protestantism), which was established in 1696 (one year before Trinity Church) and is the oldest corporation in America. (The picture of Casey at top also features Collegiate Church Corp's charter, and above is one of the company's L. F. Tantillo paintings, of Fort Amsterdam in 1658, though you may know the area as FiDi). But Casey and company don’t just sit on a portfolio of old buildings; he is a real estate guy after all. Collegiate Asset Management is developing condos with HFZ at 29th and Fifth and is under contract to buy a resi site at 78th and West End Avenue (it’ll be looking for a development partner). The company also has sold 20 properties since Casey joined in ’97. 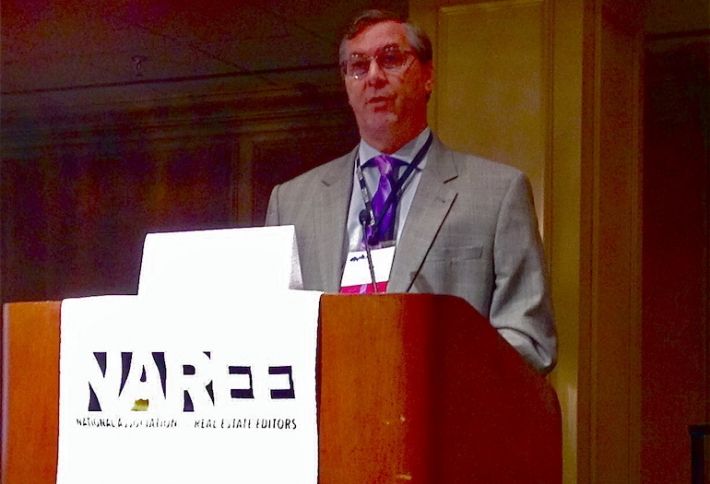 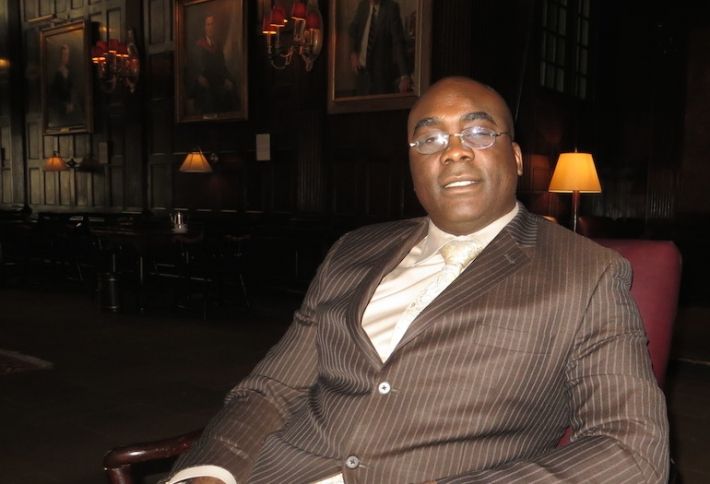 This 600-member org is celebrating its 25th anniversary by reorganizing and soon will rebrand as Council of Urban Real Estate, says president Kendrick Harris, whom we snapped at the Harvard Club. Looking forward to the next 25 years, he believes the association should speak to diversity across the entire real estate industry, and he says the current, narrow title excludes non-African Americans who also value diversity. The industry is one of the least diverse, he says, and that’s a problem that also concerns Latinos, women, and others. 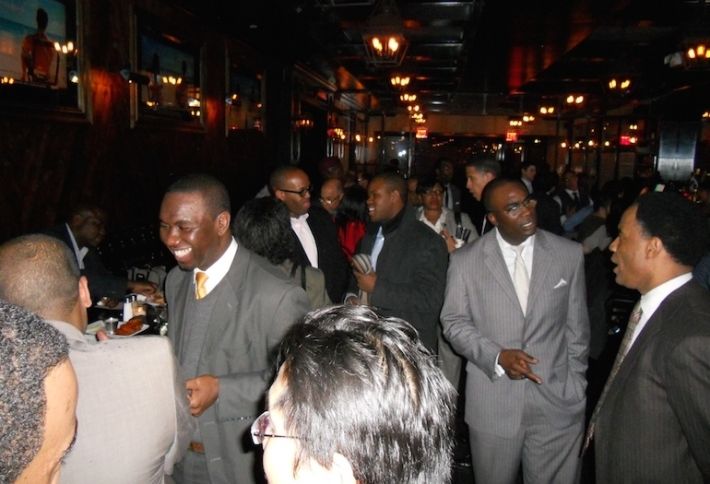 The organization will continue to provide education and networking but also will broaden its advocacy to real estate areas that affect urban markets, such as sustainability, density, and transportation. Kendrick, who teaches development at NYU Schack and is an affordable housing and community development attorney at Bryant Rabbino, began a one-year term as president of AAREPNY/CURE in January. 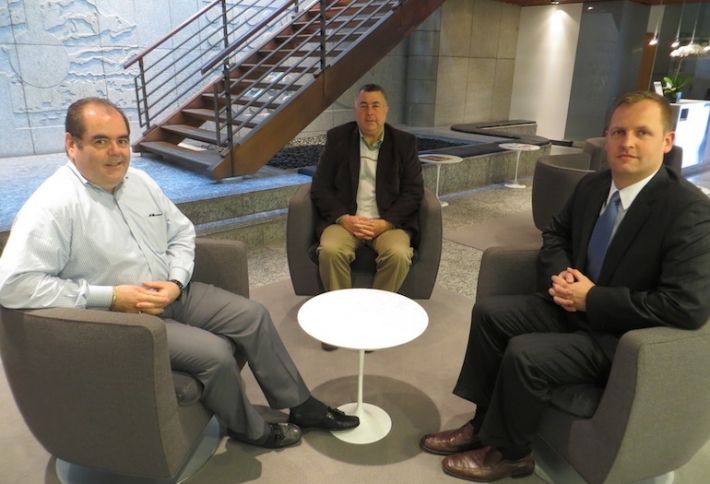 After 66 years, MBA is changing things up, transitioning itself from a primarily networking org to one that emphasizes education, according to treasurer Greg Nuber of HSH Nordbank, president Fred McDonald of Doral Bank, and recent past-president Brian Scesney of BankUnited, whom we snapped at Bank United's 623 Fifth Ave office. The association of 130 voting members (associate members bring its ranks up to almost 500) is the oldest trade organization in NYC. It hosts educational breakfasts and lunches, two evening events, a summer golf outing, a holiday party, and coming up next, an Oct. 2 wine gala at Midtown Loft & Terrace. 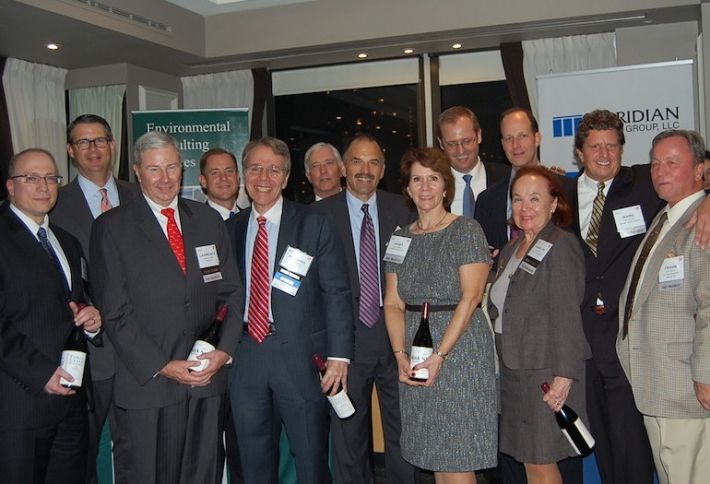 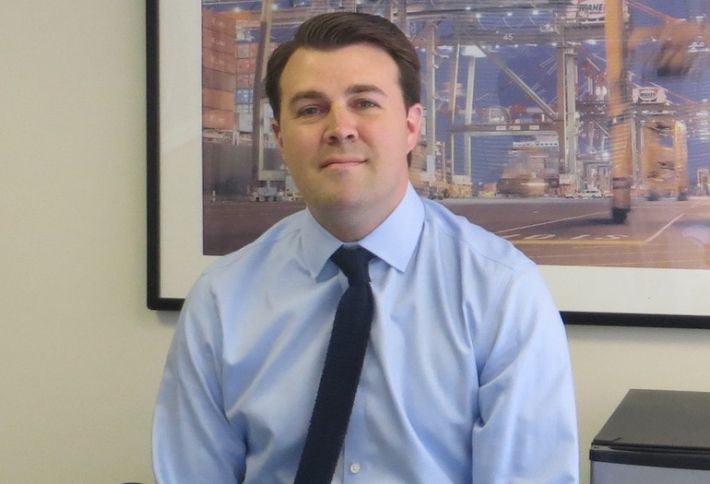 The 400-member strong NY chapter of RELA wants to expand its networking platform, says president Matt Downs of Ullico, particularly to aid the younger members who haven’t yet built up a Rolodex (probably because they’ve never heard the term other than on The History Channel). The chapter, whose membership is 90% bankers, is angling to establish relationships with local universities. It’s also pulling in big developer names and political leaders like Seth Pinsky (as an RXR exec who previously headed the NYCEDC, he spans both categories). 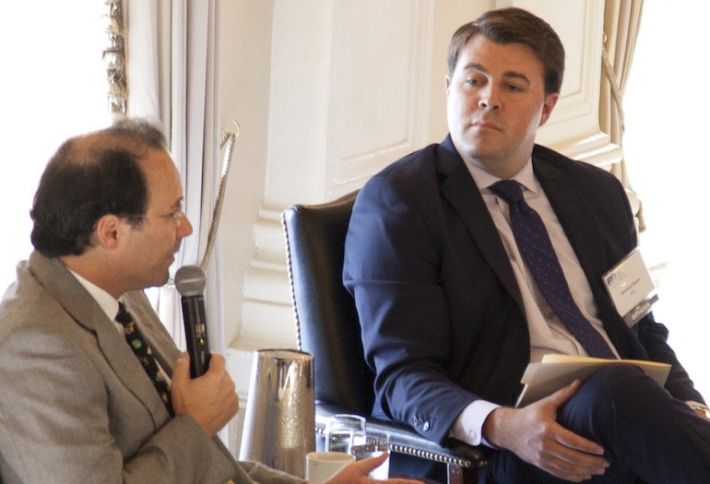 This is Matt’s second year of a two-year term heading up the chapter, a position that the national chair asked him to take on. Matt (above at a RELA event with Extell's Gary Barnett) also tells us Ullico , HQed in DC, opened its New York office in June 2013 to cover the Northeast.