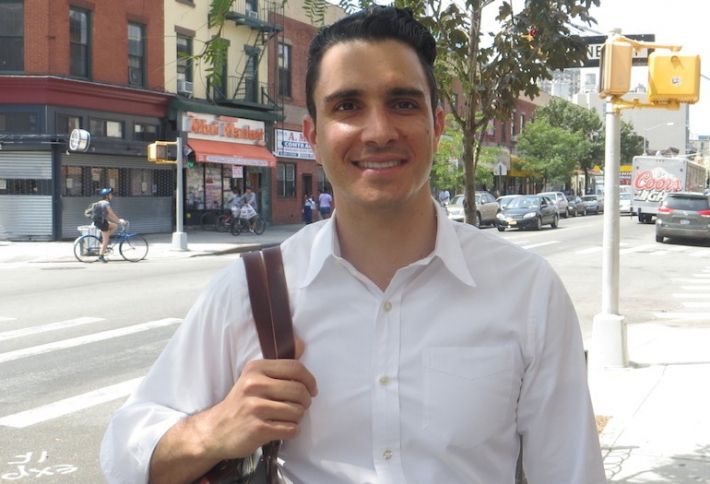 On the six blocks of Fulton between Irving Place and Waverly Avenue, approximately 250k SF of residential development is in the works, and plenty more sites are in play. The focal point of Clinton Hill’s residential development, says Massey Knakal’s Stephen Palmese (whom we snapped as he showed us around the neighborhood yesterday), is the three-year-old Putnam Plaza at Fulton, Grand, and Putnam, part of the Department of Transportation’s initiatives to put unusual intersections (this one is a triangular intersection) to better use. 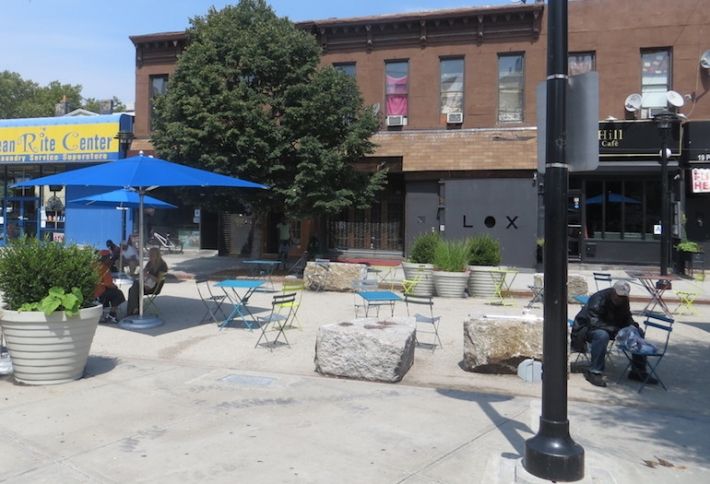 Already, the public project has attracted trendy eateries Lox and Hill Cafe to open there. And the Clean Rite Center laundromat (the blue and yellow building) and parking lot are owned by a developer whom Stephen tells us will likely replace it with residential at some point. 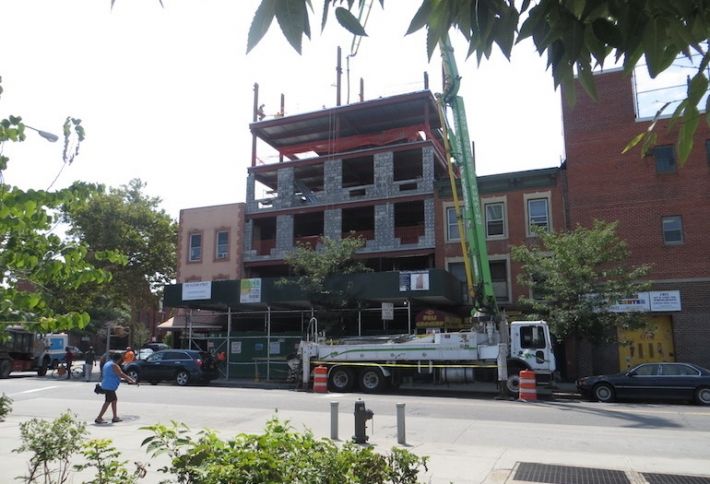 Across the street, Stephen arranged the $1.3M sale of 976 Fulton two years ago, and the former single-story Bargain “R” Us is on its way to becoming 23 luxury condos by Q1'15. To the right (west), the Post Office is another development opp. He tells us it's mostly six- and seven-story buildings replacing the one- to four-story existing ones. 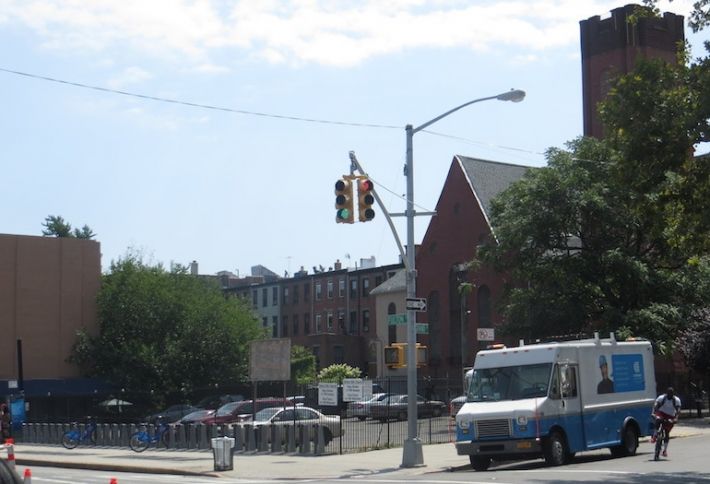 Just east, on the southeast corner of Grand and Fulton, rising land prices have enticed Bethel Seventh-day Adventist Church to put its corner-parcel parking lot on the market. Stephen tells it's likely another development opp. This also is a rare Fulton Street site that’s large enough to allow badly needed street-level service retail like a drugstore, he says. 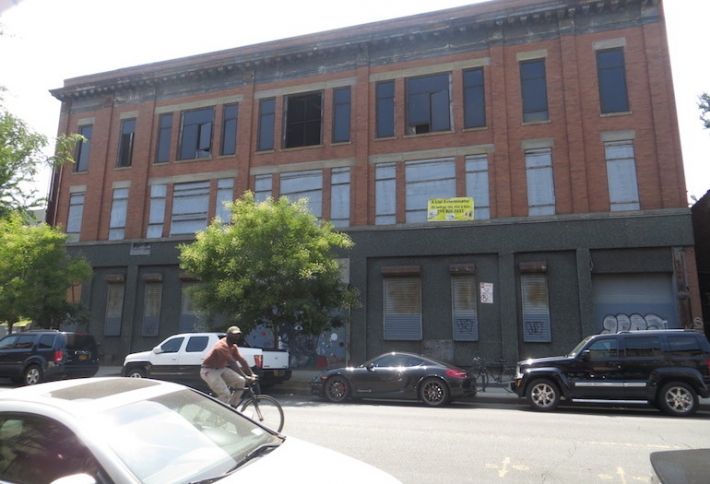 Farther east at Fulton and Irving is an approximately 40k SF state-owned property that will be deeded to the Pratt Area Community Council, which will develop affordable housing and ground-level retail. Projects like this, Stephen says, will invigorate the streetscape. 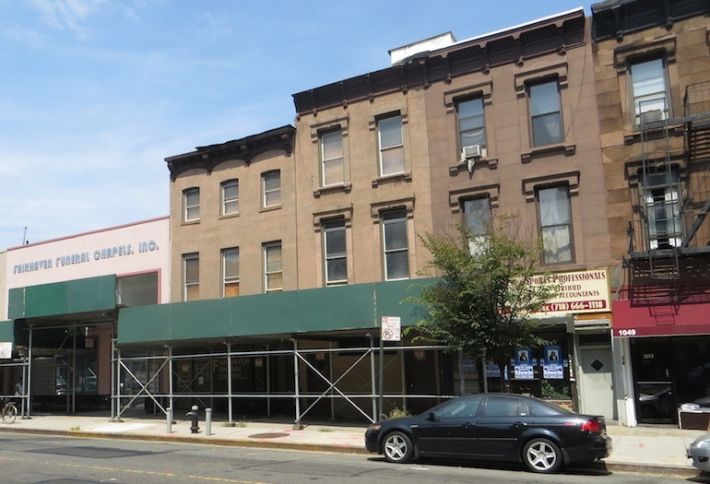 Back on the north side of Fulton, between Irving and Downing, Stephen is marketing 1039-1047 Fulton, which have been owned and occupied by Fairview Funeral Chapels for 40 years. The site can accommodate 28k SF. (A block behind this site, on Irving and Putnam, a developer bought a townhome for $600k, converted it to a four-family apartment building, and sold it for $2.5M, Stephen tells us.) 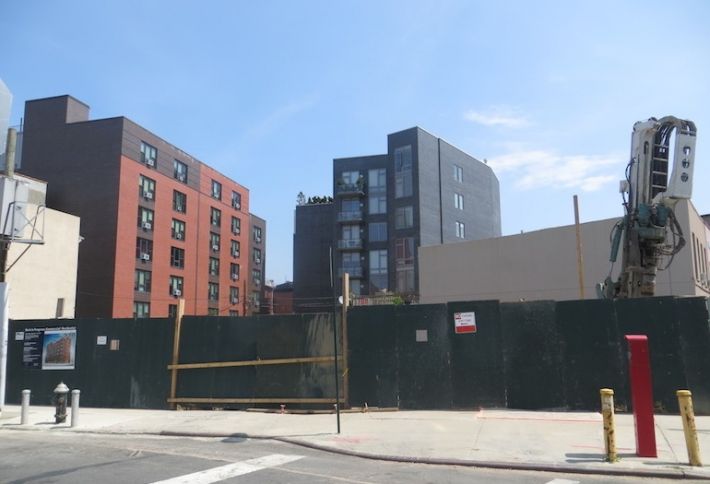 Heading back toward Putnam Plaza, the northeast corner of Fulton and Downing is about to get a 34-unit condo building with retail from Sterling Town Equities that will stretch all the way to the back of the block on Putnam. In fact, the new Clinton Hill Co-Op (there’s your sign that you’re in Brooklyn) will be rebuilt as part of the new building. There’s plenty more, including at Waverly Avenue, three blocks west of Putnam Plaza, which Stephen tells us is the largest footprint—12k SF available—east of Vanderbilt Avenue in Fort Greene/Clinton Hill.