As SL Green Closes On $1.5B Financing, One Vanderbilt Can Finally Rise 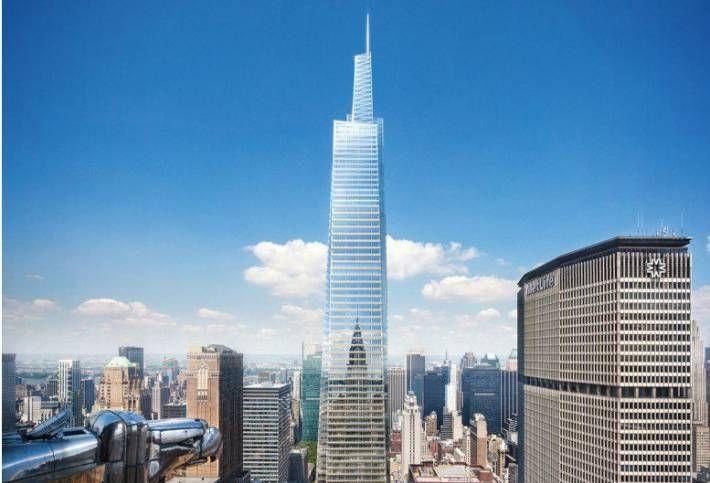 SL Green has closed on $1.5B in construction financing for One Vanderbilt, guaranteeing the 1,401-foot-tall Midtown mixed-use tower’s rise, barring a widescale, financial collapse.

The financing was led by Wells Fargo Bank, which will serve as the administrative agent, BNY Mellon, JP Morgan Chase Bank, TD Bank and Bank of China as syndication agents and Landesbank Baden-Württemberg as the documentation agent. Landesbank wasn’t part of the deal when originally secured in June.

The financing has a seven-year term and a 3.5% floating interest rate, although that can be reduced to 3% if the tower achieves certain pre-leasing and completion milestones. It will cover almost half of the tower’s $3.14B projected price tag.

Encompassing an entire block adjacent to Grand Central Terminal, One Vanderbilt will be directly connected to Grand Central’s mass transit network, which SL Green will pay $220M to improve. In 2014, TD Bank became the tower’s anchor tenant after it signed a 20-year, 200k SF lease for a retail flagship store and office space.

Vertical construction, managed by Tishman Construction, will begin in Q2 2017. When completed in 2020, the Kohn Pederson Fox-designed tower will have 1.6M RSF across 58 floors and will be the tallest building in Midtown and the second-tallest in NYC.