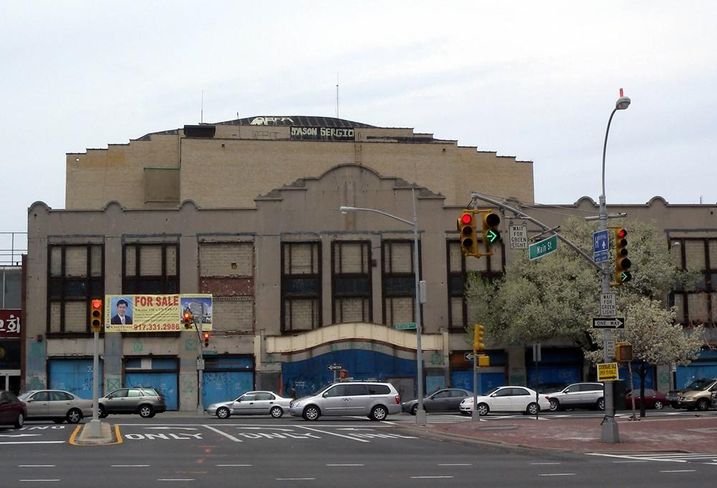 Thirty years is way too long to wait to get a movie theater, but Flushing need not wait anymore.

Featuring four 15- or 16-story towers on top of a 225k SF retail base, the development will house 300 luxury condos; 80k SF of office space; a three-level, 1,200-spot parking garage; and a hotel with a rooftop beer garden, the Commercial Observer reports. The 130k SF ground floor will open to a 15k SF atrium with 32-foot-high ceilings, much like Brookfield Place’s Winter Garden.

The 34k SF movie theater will be on the retail portion’s first floor. The number of screens could be between six and eight, and seating ranges between 500 to 800. SCG Retail’s also considering “experiential theaters” with luxury dining.

Tangram’s being built at 133-15 39th Ave, the former location of the Flushing Mall, which shuttered last year. The retail portion’s slated to open in 2018. [CO]