Demand For NYC Industrial Space Is Increasing, But Deals Are Still Stalling

A three-story, 77K SF warehouse off Bruckner Boulevard in the Port Morris neighborhood of the Bronx is for sale. Situated near a freeway leading to the interstate and the Triborough Bridge, the location allows for quick and easy access to the entire New York metro area.

In the backdrop of an e-commerce boom, logistics real estate like this is in high demand. There is buyer interest, and at 40% leased, plenty of room for growth, said Ariel Property Advisors Director of Investment Sales Jason Gold, who is marketing the property.

But despite all of the tailwinds, Gold said there is still no sale on the horizon. 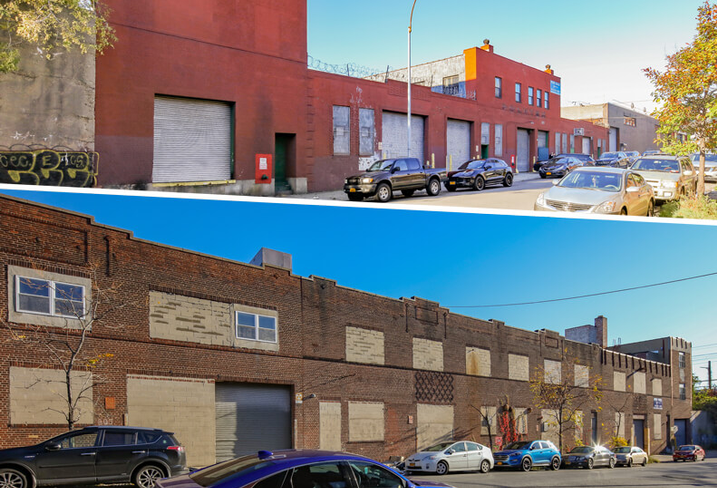 The industrial sector is viewed as the most insulated asset class for the all-but-official coronavirus recession. The demand for online shopping is higher than ever. One week in April, there was a 65.9% year-over-year increase in online food shopping, according to data from Nielsen and Rakuten Intelligence.

Large retailers like Target have taken workers out of their storefronts and moved them into shipping centers to meet new demand. Amazon vowed to hire 100,000 new employees in their warehouses across the country to meet new demand.

But tenants, owners and advisers in the industrial sector are still facing the same obstacles as the rest of the real estate industry: uncertainty and a lack of liquidity.

Deals aren’t getting done and leasing has slowed dramatically, industrial players said, in part because most existing space is occupied, and industrial construction has been deemed nonessential and is on ice.

Before the crisis, the industrial market was hot. More than 2.8M SF of industrial leases were signed in Q1 alone, including a 300K SF Amazon deal in Queens, according to CBRE data. The vacancy rate fell to 5.1%, and the average industrial property traded for $380 a SF.

“The market pre-[coronavirus] was an extremely healthy market, we had a tremendous amount of deal flow — there were many, many leases getting signed and there were a lot of sale deals that were signed,” Pinnacle Realty partner David Junik said.  “[Coronavirus] has suddenly put everything to a screeching halt.”

With the exception of large third-party logistics companies and medical or grocery suppliers, companies that occupy industrial real estate have been hit hard by the pandemic, said Junik, one of the most active industrial leasing brokers in the city.

Some will probably stay where they are, while others will be forced to downsize. After that, the leasing market may come to life again, Junik said.

While there is demand in industrial leasing for warehouses, supply was already short before the pandemic, Junik said. Now, demand for these spaces has only increased, but with construction on hold, supply has not.

“I am sure if you ask anyone, there are very few spaces available over 100K SF,” he said. “That sector of the market is still out there looking for space.”

Industrial real estate buyers aren’t pouncing on deals either. Lenders are hesitant to buy into a project before knowing what the value is, brokers said.

“[There is] material uncertainty in terms of valuation, so whether that is equity or lending, you’ve got to get to a point where you can actually understand what that value is going to be,” said Royal Institution of Chartered Surveyors Managing Director Neil Shah, who consults on land valuations and assessments. “There are transactions happening, but the level of activity is much lower than we’ve seen just prior to this.” 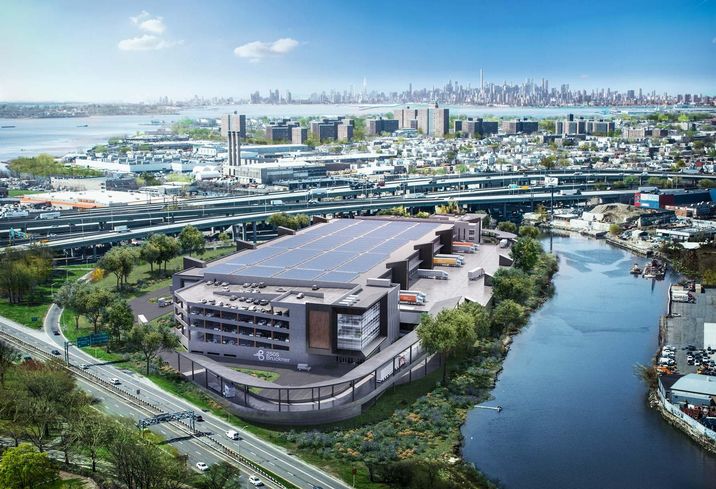 Courtesy of Innovo Property Group, Square Mile Capital Management
2505 Bruckner, a distribution center under construction in the Bronx, is part of a growing family of multistory warehouses in urban infill locations across the U.S.

While there isn’t much more than anecdotal data to determine the true impact of the pandemic and shutdown, experts and real estate players repeatedly told Bisnow demand has increased but transactions haven’t reflected it yet, which bodes well for the future of the sector as the city begins to bounce back.

“Interest is still very high, but we’re not seeing fire sales right now,” B6 Realty Advisors partner and Vice Chairman Thomas Donovan said. “A lot of people are saying ‘don’t sell it out from under me, but I’d like to tour once it’s a little bit safer in the city.’”

For existing spaces, demand has only increased because there is no new supply with nonessential construction taking a halt amid the pandemic, he said. Prospective industrial real estate buyers, who plan their moves six months to a year out, can’t wait for construction to reopen.

“There is a very strong interest because there is no new product coming to the market,” Donovan said. “There is a limited supply, so when it becomes available so people are preparing ahead of time.”

When industrial construction can resume, its future will look like a vastly accelerated version of the recent past, said Michael Adler, director of business development at Aurora Contractors, which is building the two-story, 968K SF 2050 Bruckner Blvd. logistics project in the Bronx.

“There has always been a known need for additional last-mile distribution centers to support the increase in demand in e-commerce,” Adler said. “It's just now there is such a heavier emphasis put on it, where that people that typically may not have shopped online per se … they are [now] being forced into a position where they need to buy it online and they are becoming accustomed to buying it online and now actually enjoy it.”

There will be new industrial real estate entering the market in the coming months and years to meet this demand because the supply isn’t there right now, Adler said.

“The infrastructure to support that just doesn't exist, he said. “So this is just going to accelerate the need for additional last-mile distribution centers.”

The growth won’t be limited to a specific borough, or even to the city in general, Adler said. New Jersey, a market that took a hit last quarter, is set to reap the benefits of this increase demand.

“The boom in e-commerce isn’t geographically specific, it is everywhere,” he said.