New Jersey passed the Economic Opportunity Act of 2013 just six months ago, and the office market has been churning ever since. That's why Bisnow has assembled the area's most active investors, developers, and brokers, including the pros featured below, to speak at out New Jersey Office Boom! on June 19 at 2 Gateway Center in Newark.

In the half a year since New Jersey passed the law, the State has approved a dozen business expansion and relocation projects, says Sills Cummis & Gross real estate co-chair Ted Zangari (above with his family in Sea Isle City, NJ). He led a stakeholder group of 30 business and trade associations championing the legislation, which took the best of the State’s four previous company retention and attraction programs. This one eliminates conflicting eligibilities and hit a Goldilocks incentive spot whereas its predecessor programs sometimes paid out too much for little economic benefit or didn’t pay enough to make the effort worth it for corporations. (But will it do anything to control NJ's black bear population?)

The new program’s poster child is Wenner Bread, which received $30M in tax incentives to relocate from Long Island to New Brunswick, NJ. It’s an industrial deal, but it’s still a great example, having hit all the right buttons, Ted tells us: Wenner Bread is coming from out of state, creating more than 251 jobs, and building a LEED Gold facility in a poverty pocket (20% of the residents living below the poverty line) that’s half a mile from both a train and a bus. Poverty pockets and transit-proximate projects will form a large part of the conversation at Bisnow’s event, he says.

RXR’s Seth Pinsky says tax incentives play a role, but long-term economic growth has more to do with a region’s ability to compete via its workforce, infrastructure, and access to markets it offers. With that in mind, his company is shopping for development opportunities in New Jersey. His favored locations are those that will attract New Yorkers getting priced out but that also will have their own pull: near transit, walkable, moderate density. Jersey City has all that, Seth says, and the local government seems to favor increased density. While that so far has translated to resi development, he expects commercial opportunities will follow.

Kushner Cos’ Gordon Gemma (snapped today) says that’s the sweet spot: areas that are exhibiting residential growth but where office vacancy is high. Confident in an improving market, he tells us that’s where the office bargains are, and so Kushner’s looking in Jersey City and in other transit hubs.

CBRE’s Dudley Ryan, who’s leasing up the space that Prudential will vacate at Newark’s massive 830k SF 2 Gateway Center at the end of 2015, has done 120k SF of deals (some of them renewals) in the past six months—including new deals with United Healthcare, the State of New Jersey, the GSA, and a major engineering company—and has five new deals ranging from 150k SF to 500k SF in the works. Chicken Little was wrong, he says. The sky apparently isn’t falling. And leasing velocity is up throughout Newark and the Hudson Waterfront by 500% from Q1 ’13 to Q1 ’14, he says.

Businesses finally are expanding rather than just playing musical chairs, KRE Group’s Jeremy Kaplan tells us. (Everyone's happy except DJs.) His company’s 6M SF New Jersey office and industrial portfolio (mostly around the intersection of 78 and 287) boasts high 90% occupancy, but its Parsippany Corporate Center is fully leased, thanks to recent expansions like Emergency Medical Associates’ lease for the entire 68k SF 3 Century Dr. And there was competition for the first time in years for space in one of the company’s South Plainfield industrial buildings. From Fortune 500 to local small businesses, there’s a sense of growth in the state, Jeremy says.

KRE also is taking advantage of the state’s Urban Transit Hub Tax Credit to build residential in Jersey City, to which the New Jersey Economic Development Authority has lured JPMorgan and RBC with $300M in grants. KRE started leasing at the 422-unit 18 Park (rendered above) last month and will start to lay the foundation at the three-phase, 1,840-unit Journal Squared this month. That project got a 30-year tax incentive from City Council, and the 540-unit first building is 30 months away.

It’s a sign of New Jersey’s fortune that opportunistic, entrepreneurial investor and developer Mountain Development president Michael Seeve (snapped two weeks ago at a United Way lunch) has his hands full. Occupancy across his company’s portfolio is consistent, he tells us, but demand feels stronger and tenants are shopping the market. His company and Gottesman Real Estate Partners broke ground in Q1 on a pair of West Windsor office buildings totaling 100k SF (19 and 21 Roszel Rd), and one of them is almost leased up. 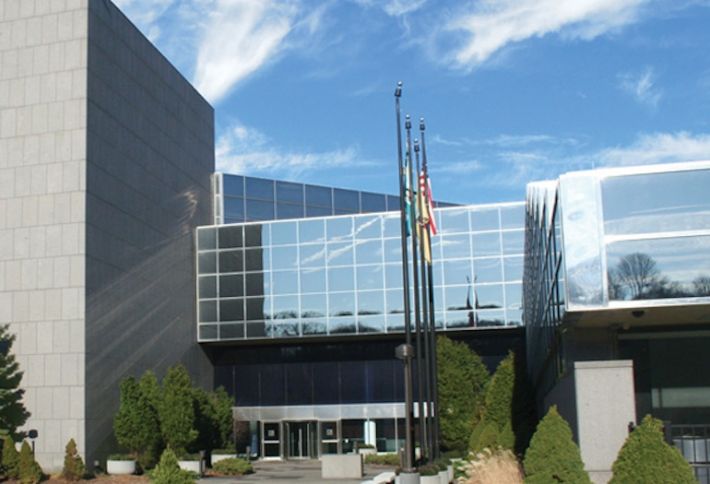 And in Roseland, Mountain Development and Square Mile Capital bought Organon’s 433k SF former HQs at 56 Livingston Ave (above). It was delivered vacant, but Michael sees it as a rare opportunity to provide New Jersey the new breed of modern office space: open floor plans, collaborative space, high ceilings, and plenty of sight lines to the windows. Meanwhile, Mountain Development acquired the distressed 20 Craig Rd in Montvale. The 30k SF, freestanding property is another rare opp: for a smaller company to lease or acquire its own HQ building in Bergen County. Sign up here to join Bisnow for our can’t-miss event!