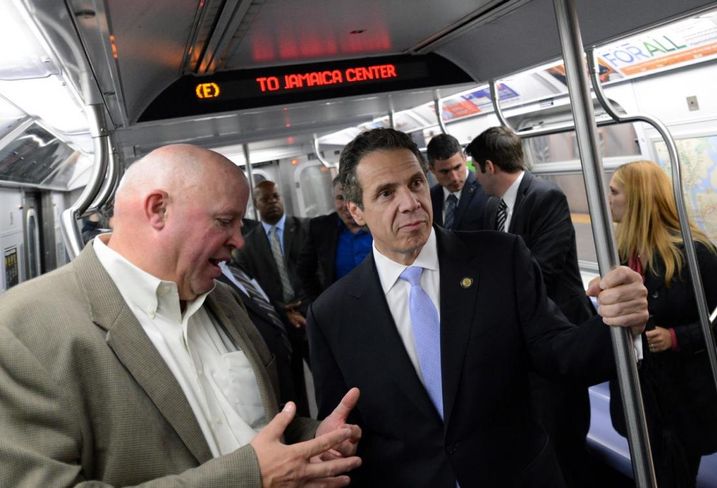 The number of cases of the coronavirus jumped sharply on Tuesday as government officials set up a containment zone north of New York City and companies told workers to stay home.

There are at least 173 cases of COVID-19, the disease caused by the novel coronavirus in New York state, with some 36 in the city, Gov. Andrew Cuomo said Tuesday. A majority of those cases have been detected in New Rochelle, where a 1-mile containment zone is being set up. The National Guard is expected to bring food to people under quarantine and clean common areas.

“New Rochelle, at this point, is probably the largest cluster of these cases in the United States,” Cuomo said at a press conference Tuesday. A state of emergency had already been declared in New York over the weekend, and some 2,000 people have voluntarily gone into quarantine, The New York Times reports.

There are more than 800 reported cases of the virus, which health experts say is most dangerous to the elderly and those with previous health problems or weakened immune systems.

The impact on New York City is being felt in multiple places. A staffer at the Hudson Yards headquarters of Point72 Asset Management tested positive for COVID-19, the New York Post reports, with some workers at the office sent home for a 14-day quarantine. Meanwhile, Amazon has recommended that employees in both New York and New Jersey work from home this week.

Brookfield told some of its employees to work from home after someone who works at its 250 Vesey St. office tested positive for the coronavirus, Bloomberg reported. Residential brokerage Triplemint closed its doors on Monday for cleaning after an agent was exposed to the virus, The Real Deal reports.

Last week, Savills shut its New York City office down temporarily after one of its employees went to a conference and discovered that another attendee at that event may have previously been exposed to the coronavirus, as Bisnow reported Friday. The Gap shut its office at 55 Water St. on Friday after a confirmed case of the virus among the staff.