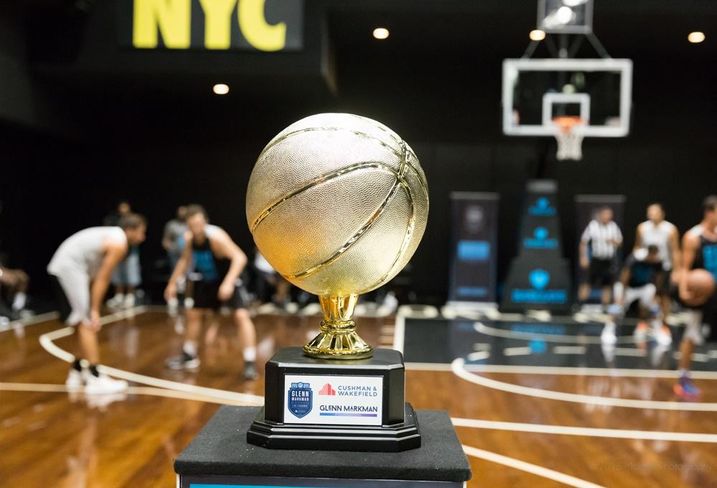 The tournament honors former vice chairman Glenn Markman, who spent much of his 28-year career elevating Brooklyn’s real estate market before passing away in 2014 at age 52.

An early tech adopter, Glenn worked with 3D printing pioneer MakerBot to set up its HQ in Industry City, a deal that was nominated for REBNY’s Deal of the Year award.

A Brooklyn native, he not only opened multiple businesses in the borough but launched BKLYN1834, a platform for accelerating artists’ careers by expanding their digital reach and incubating the artistic communities throughout the borough.

An avid basketball fan, Glenn not only helped the Nets develop their $45M practice facility in Industry City, but attended every game he could. He was the NBA’s exclusive NYC representative, helping negotiate a lease for a 35k SF retail location at 666 Fifth Ave.

He even compared being a successful broker to playing point guard, saying, "you need to make your team better, keep your eye on the competition and make sure you see the entire floor–controlling the entire game.” 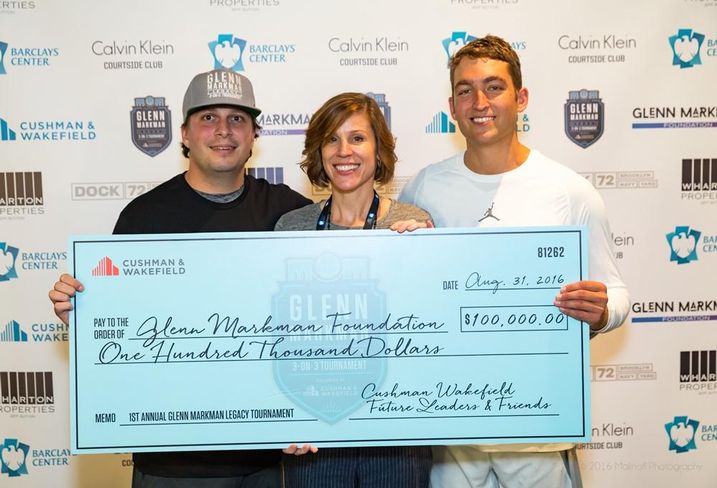 According to event organizer and C&W director Jason Greenstone (pictured, right, with director Brooks Hauf and Glenn's wife of 21 years, Jan Markman), a basketball tournament was how to truly capture Glenn as a person.

“He was a mentor for me and many of the younger professionals, and had an open door policy,” Jason tells Bisnow. “We wanted something that not only captured his interests, but was involved in the Brooklyn community and developed the younger generation like he did.” 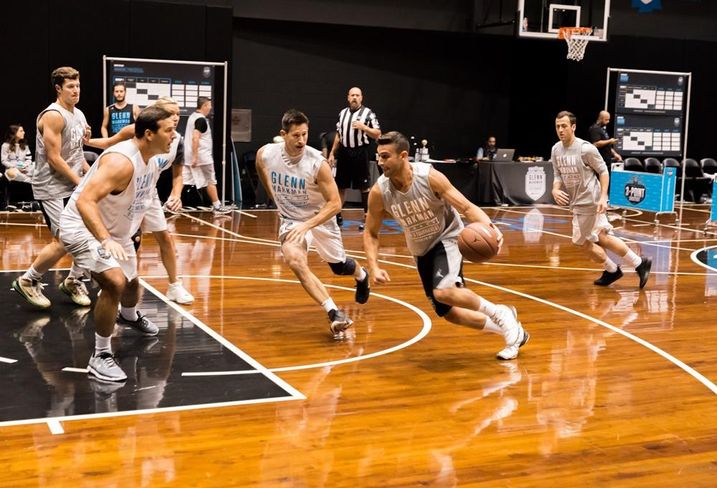 The tournament featured 16 teams from many major NYC commercial real estate firms, dressed in uniforms, hats and other branded materials designed and produced by Braha Marketing. 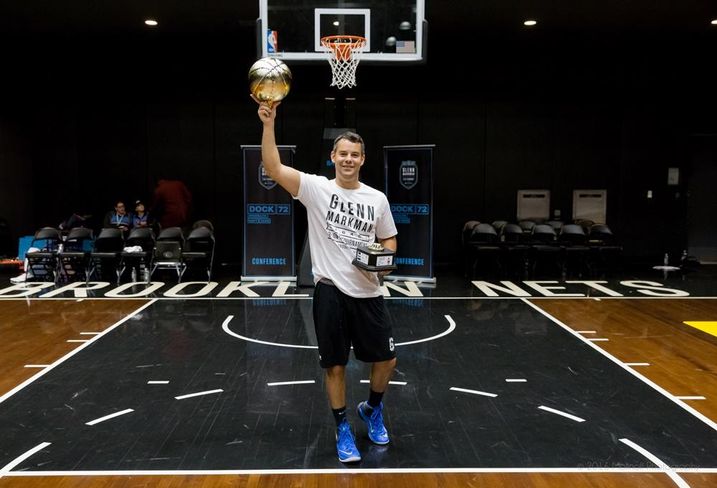 The tournament was won by the Brooklyn Ballers, who received a specially designed trophy for the event. C&W senior associate Charlie Stephens (pictured) made a half court shot for a cash prize and CPEX associate Bryan Hurley won the three-point shooting contest. 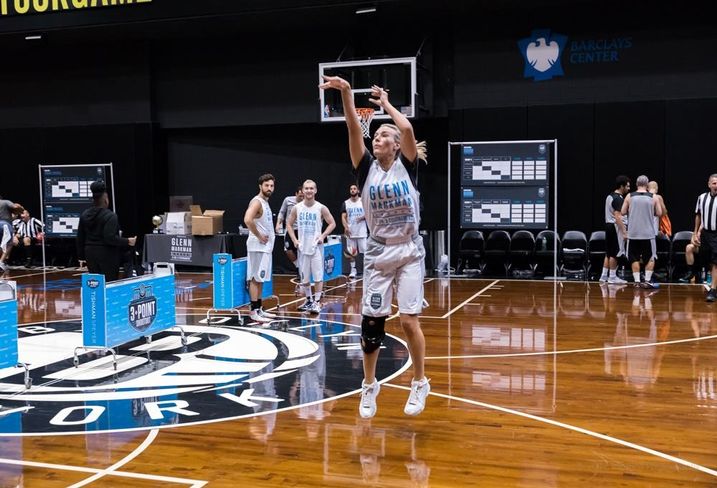 The event generated $100k, donated to the Glenn Markman Memorial Fund, which was set up by several of Glenn’s friends on the day of his passing. It donates to charities that encourage education, support the arts and build communities throughout NYC.

The four organizations that Glenn specifically chose to donate to include the Brooklyn Youth Sports Club, the Jewish Community House of Bensonhurst (where Glenn played basketball as a kid), the Robin Hood Foundation and the Wounded Warrior Project (which Bisnow has partnered with in the past).