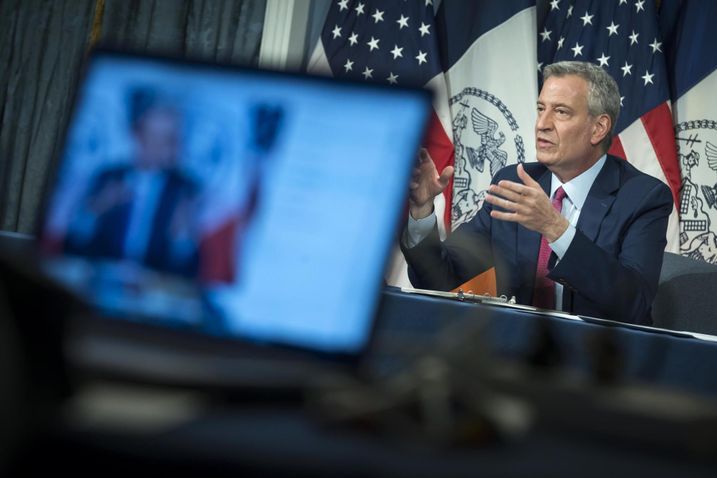 Mayor Bill De Blasio has added a real estate and construction council to his task force to reopen the city.

Deputy Mayor for Operations Laura Anglin and Deputy Mayor of Housing and Economic Development Vicki Been will head up the new council, which is tasked with determining the best way for the sector to begin to get to work again once the city is phased into Gov. Andrew Cuomo’s six-stage plan to reopen New York.

“[Real estate and construction are] a big, big part of this city's economy, big part of what makes New York, New York as well,” de Blasio said while announcing the new council at a press conference Wednesday.

The council is an addition to the eight the mayor announced April 26, each of which focuses on a different sector of city life. It will include leaders and experts in the real estate sector, to be announced at a later date, he said.

“The good news is this is an example of listening to people who are the experts, because they live the life, they do the work, they understand what everyone's going through,” he said. “We want to hear from them, we want to hear their voices helping us understand what will work, also warning us about what may not work.”

Economic development experts, real estate leaders and officials who worked in previous mayoral administrations told Bisnow last month the city will need a strong plan from City Hall and federal funding in order for the real estate sector and the city’s economy on the whole to bounce back from the economic downturn it faces amid the pandemic.

Been was appointed to her current position last April after serving as the Commissioner of the Department of Housing Development and Preservation under de Blasio from 2014 to 2017. She was the director of New York University’s Furman Center and has focused on housing affordability in the city during her time with the administration. She will be co-heading other councils on the task force as well.

Aglin is an economist and formerly the New York State deputy comptroller and budget director.