No one knows exactly when the recession could hit or how severe it may be. But there is no denying recent events indicate this record-long economic expansion may be reaching its conclusion.

The inversion of the 10-year U.S. Treasury yield curve has raised alarms, as it has been one of the most reliable signals of recessions in the past. And while the next downturn is predicted to be shorter and more concentrated than in years gone by, many investors are exercising caution.

The economic outlook will be a major topic at Bisnow’s National Finance Summit in Manhattan this month, so we reached out to some of the industry’s biggest players to ask what assets classes could feel most pain in a slowdown, and how they are preparing for what could lie ahead. 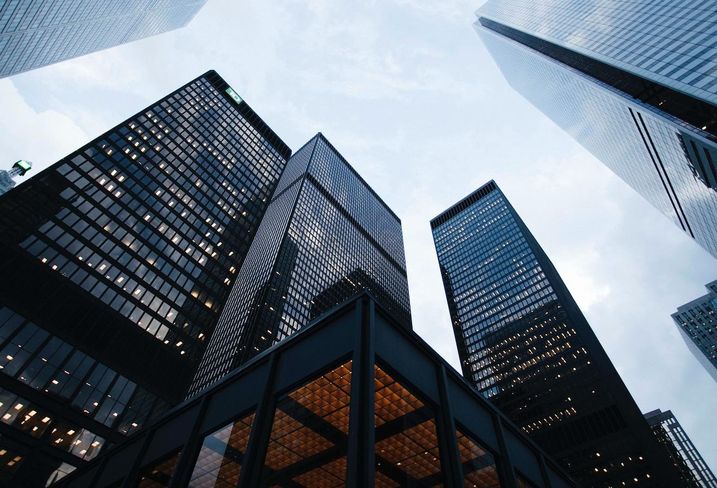 There are increasing indicators and factors pointing to a possible recession by 2021. What is your view on the timing of the next downturn?

Mosaic Real Estate founder Ethan Penner: The inverted yield curve is a very telling sign and, combined with the dislocation associated with the Trump trade policy, should have folks concerned about a global economic slowdown. I find it wasteful to try to forecast timing of the technical recession, and prefer to just acknowledge that we’re likely to be experiencing slowing down even now that could/should last for a bit.

KKR Head of Real Estate Americas Chris Lee: We don’t know when the next recession will occur. However, we do see tangible evidence that we are in the advanced stages of an economic cycle and growth outside of the U.S. has been slowing.

GTIS President and founder Tom Shapiro: There have been 11 recessions since World War II on average lasting 11 months — so about every six to seven years. But the timing has been anything but consistent. The inverted yield curve, which happened in mid-August, is considered one of the more reliable signals, with recession typically occurring 12-18 months after the inversion.

That would point to late 2020 or early 2021, and is as good a predictor as any — but we are not making bets on the timing. What we know is that recessions play out differently; from the oil shocks of the 1970s, hyperinflation and the Volcker interest hike in the 1980s, S&L crisis in the early 1990s, to the dot-com bust in 2001 and the mortgage crisis in 2008. The common element is that recessions begin with large imbalances and a trigger.

Today, the biggest imbalances are in trade and national debt, and the tariff war seems to be the likely trigger. A mishandled trade war could have serious consequences.

Angelo Gordon co-Chief Investment Officer Adam Schwartz: No idea on the timing of the next recession. I think we are entering a slow growth period, and to the extent we see an actual recession, I expect it to be modest. In the meantime, real estate fundamentals are holding up well, and the Fed seems keen to do what they can to moderate any economic slowdown.

Capital One Multifamily Finance Head of Agency Production Phyllis Klein: In terms of multifamily, the signs are not there for an imminent recession. However, I anticipate that rent growth will be more limited than in the past, and there is a significant amount of inventory coming on the market. I also believe that 2021 will be slower in terms of acquisitions, especially in the area of value-add.

Wharton Equity President Peter Lewis: I am not as concerned as others about a downturn, as I believe the president will maneuver to keep the economy strong leading up to the election — this includes resolving the trade issue. Further, I do not think we should be viewing the longevity of the current cycle as a reason to believe a downturn needs to occur shortly.

The concept of “cycles” came about before the internet came into existence. Today, with adjustments being made to the markets in nanoseconds, I would argue that factors which lead to elongated business cycles in the past are being adjusted continuously, which changes the concept of how our economy will behave over time. That said, a slowdown will occur at some point as overbuilding and other overzealous variable comes into play. 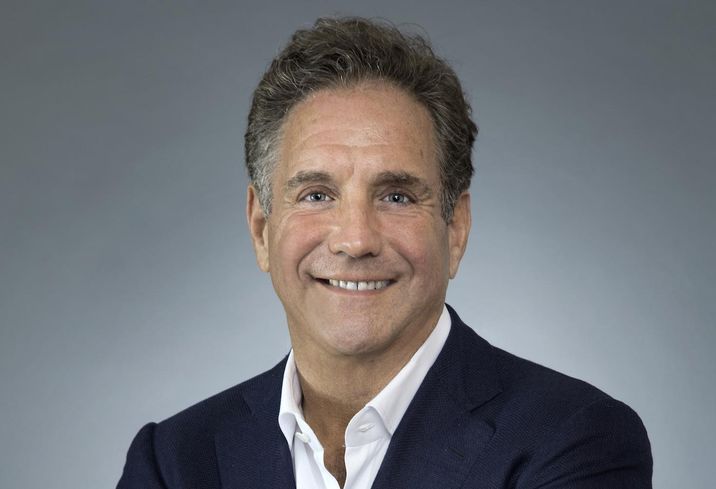 How are you preparing? Is your approach any different from earlier in the year?

Schwartz: No different. Continuing to invest, but cautiously and only where we see a clear path to improving an asset rather than relying on a macro-driven thesis for improvement. Continuing to look to extend our debt and lock in today’s lower spreads.

Capital One Multifamily Finance President Jeff Lee: We’re diligent regarding risk management and the sponsors that we do business with. This is a constant, and so I wouldn't say that this approach has changed from earlier in the year and we are remaining steady in our course.

Lewis: We are very focused on investing in real estate that is being affected by secular changes, rather than chasing yield. Specifically, we are moving heavily into industrial (driven by e-commerce) and urban mixed-use projects (driven by shifting demographics). We think these types of bets will be durable in a downturn, yet provide lots of upside optionality. We are avoiding more suburban/rural areas, particularly around secondary cities where others are going given higher cap rates, as these markets fall fastest and recover slower in a downturn.

Chris Lee: We don’t try to time the market, but adjust our strategy based on where we think we are in the economic cycle, which today we feel is quite advanced. Our strategy over the last 24 months has been focused on shorter value creation cycles and more opportunities with more in-place cash flow. 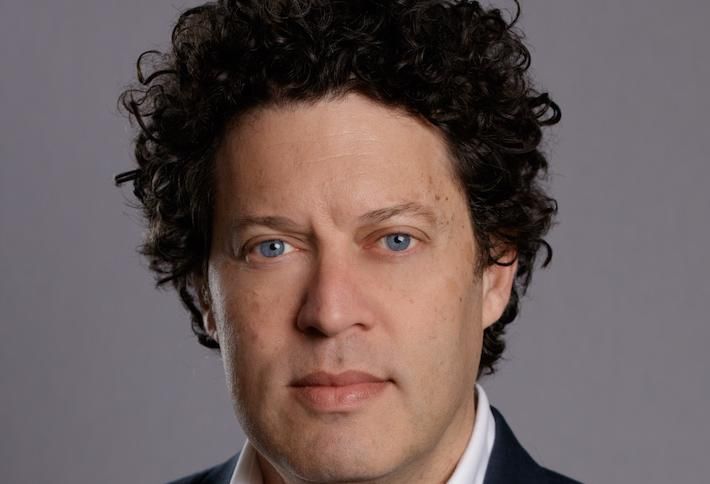 What parts of the U.S. commercial real estate market, and what areas, would be affected first by a recession?

Penner: Less attractive real estate will suffer in downturns. This category will include those properties where obsolescence has snuck up on them and their owners. Downturns are characterized by times when there are fewer tenants than space available.

As Warren Buffett famously said, that is when the tide will go out and will be when we’ll know who's been swimming without a bathing suit.

Shapiro: Hospitality is typically the most volatile sector and will be affected first. Both business travel and people’s willingness to spend on leisure depend on economic conditions.

The apartment sector tends to be the most stable, while office really varies by market, especially based on inventory and new supply. Some niche sectors like student housing or newer concepts like coworking could take a hit.

There has been a lot of debate about the sustainability of the coworking model in light of the asset-liability mismatch between long lease commitments and short-term, flexible memberships, as well as the high cost of fitting out and maintaining these cool creative spaces. In a recession, the biggest amenity is price. Recessions also play out differently based on geography — it is rare for the entire country to be in recession at the same time. It is a more localized phenomenon. There are some markets that never recovered from the financial crisis a decade ago, while others have not seen a contraction in many years. For us as investors, market selection is very important in that context.

Schwartz: Retail, hotel likely the first to see impact given the consumer exposure, while the longer lease term assets like office and industrial would be slower to see an immediate impact on net incomes. To the extent that a recession is shallow or short, these longer lease assets may not experience much long-term impact. Apartments will be a function of the severity of any slowdown.

Ackman-Ziff Real Estate President Simon Ziff: Pretty much all of them.

Lewis: Hotels and office. Multifamily and industrial will continue to do well as people need a place to live and e-commerce will not be decelerating.

DVO Real Estate founder David Valger: Retail, in my opinion, would be the worst hit, as it is already seeing a tectonic shift away from the large format space to smaller, main street boutique demand buttressed by online growth. [Retail would be] followed by hotels, then office, then industrial. Given longer-term project budgeting, I believe biotech and similar specialty space may be a uniquely safe spot as well. If agencies do not not stop providing secondary market liquidity, multifamily should recover first and likely see the least impact.

Square Mile Capital Management CEO Craig Solomon​: It's difficult to identify areas, markets or submarkets that will be most affected. We don't participate in core investment, particularly ... Obviously the retail marketplace is reshaping itself and reforming itself, and a recessionary environment is not going to help in that regard. But I can't really give you a specific area — either asset class or location, other than to say that I think the office market will continue to be challenging. 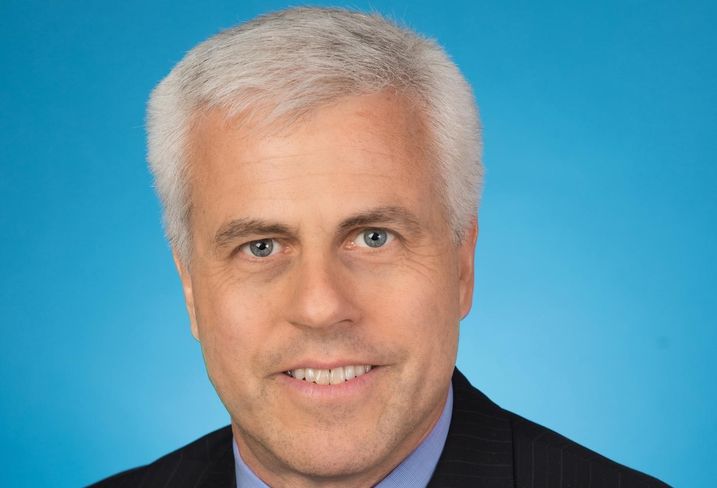 How could this recession look compared to previous ones? What is different now than in previous years?

Chris Lee: Our belief [is] that any recession in the U.S. is likely to be more shallow than 2008 given the financial system doesn’t feel overextended, which can lead to more severe downturns.

Shapiro: Real estate won’t be the culprit this time in our view. Unlike in 2008, when imbalances in the mortgage market and the eventual collapse of the subprime lending sector led to a contagious credit crisis, this time real estate credit is in pretty good shape. The sector is not over-levered and most markets are not oversupplied.

There are larger imbalances in tech or healthcare, and those sectors would seem more vulnerable in a downturn. Of course, a recession will have an impact on real estate as well, through lower occupancy and inability to increase rents in the face of a slow economy. While oversupply should not be an issue this time, demand will suffer in a downturn.

Klein: The housing bubble is not there and underwriting for home loans is more stringent. However, wage growth could be impacted in the coming years due to the need for corporations to control expenses and improve profitability.

Ziff: As far as real estate goes, I don’t think it will be as deep due to the amount of liquidity that has been on the sidelines. I expect a significant first mover after a perceived 10%-20% drop in values, and others to follow right behind.