‘Wake Up Call’: One Year On From Amazon’s Departure, Fear About Growing Anti-Development Climate Is Deepening

The breakup happened after a whirlwind three-month romance that had the borough of Queens preparing for a massive new campus on the Long Island City waterfront and an influx of about 25,000 new jobs. 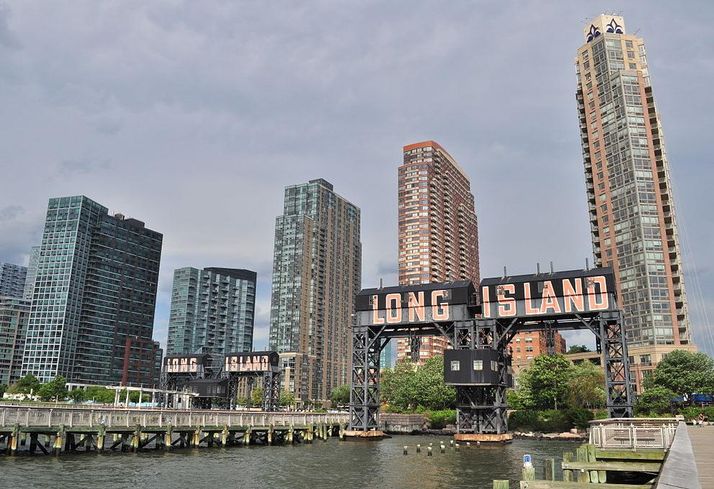 Amazon's stunning decision to kill the hyped HQ2 plans amid community and political backlash left the real estate industry reeling and signaled a new era of hostility toward development in the city.

“There's been a move to the left and a growing anti-development bias in New York politics for several years now, but I think Amazon was a moment that showed just how far that movement had come,” said Seth Pinsky, previously an RXR Realty executive and former Bloomberg administration official. “It served as a wake-up call, on both sides, that this was now the type of issue that could really move the political discussion.”

The demise of the Amazon deal was swift. The HQ2 plans were announced at a jubilant press conference in November of 2018 with company officials, New York City's mayor and the state's governor present, but within weeks the tide was turning against the idea.

“It will be a disaster … A trillion-dollar company did not need a giveaway. And [CEO Jeff Bezos] does not need a helipad either — The richest man on the planet does not need any of that,” one local commuter complained to Bisnow at a subway stop in Long Island City in late 2018.

By early 2019, Amazon was working to reshape the public narrative, sending out flyers, meeting with local Long Island City businesses, and pledging to pay for computer science classes at high schools and hire public housing residents.

“Let’s not blow it,” Long Island City Partnership President Elizabeth Lusskin implored the audience at a Bisnow event in early February 2019. “Honestly, people have been trying to get an opportunity like this for 40 years." 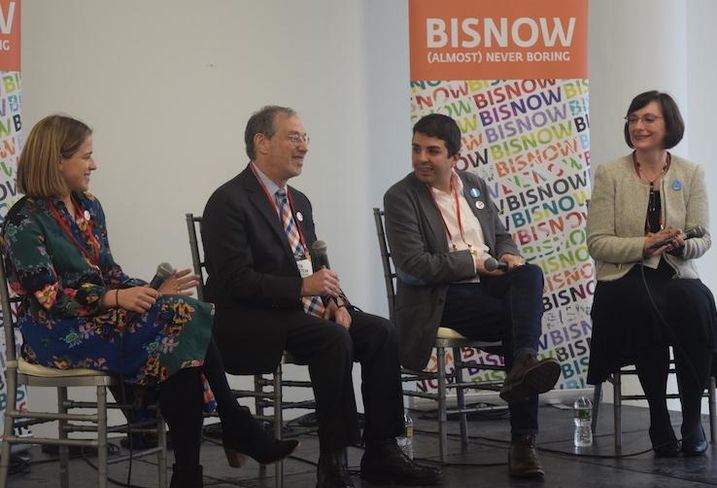 But a few days later, the deal was officially dead.

Amazon said in its official statement that a number of both state and local politicians had made it clear they wouldn’t give the support the company needed to get the job done. It vowed to continue expanding in the city, and in December leased 335K SF at SL Green’s 410 10th Ave., in Hudson Yards.

“I’m still mad, why wouldn’t you be? We lost an opportunity of a lifetime,” Modern Space CEO Eric Benaim said, adding that he believes in the past the local politicians were pro-business and pro-real estate but have “flipped.”

“It’s one year later, you don’t hear any solutions from the politicians. Have they come up with any ideas about how to generate 25,000 to 40,000 new jobs?" he said.

Slate Property Group co-founder David Schwartz said Amazon’s retreat was the first time a seemingly done deal with public support from upper echelons of government was knocked down because of local opposition.

“That was a sign to the people protesting that there was a lot of power in what they were doing,” he said, adding that there are now some “politically charged” neighborhoods in which his company would be wary of doing development. “There's an anti-real estate sentiment, there's an anti-big business sentiment. There are a lot of people that are unhappy with their financial situation,” he said.

Undoubtedly, living conditions in New York City are increasingly challenging. Nearly half of the city’s household’s are said to be rent-burdened, which means they pay 30% of income toward rent. As of November, there were more than 63,000 people. including more than 22,000 children, sleeping each night in the city’s shelters, according to the Coalition for the Homeless.

Aside from Amazon’s withdrawal, real estate players point to major new policies as evidence of a public swing against real estate, including the state’s tightened rent regulations. The Housing Stability and Tenant Protection Act of 2019 curtailed landlords’ ability to raise rents on stabilized units, a move widely praised by tenant advocates. Others note the city’s new mansion tax, which requires buyers of multimillion-dollar homes to pay a higher real estate transfer fee, the looming threat of  the “good cause” eviction bill and the state’s attempt to outlaw the current practice of renters paying fees to landlords' brokers. (Members of the real estate industry took that issue to court this week, and a temporary restraining order is in place halting any changes to commissions for at least a few weeks.) 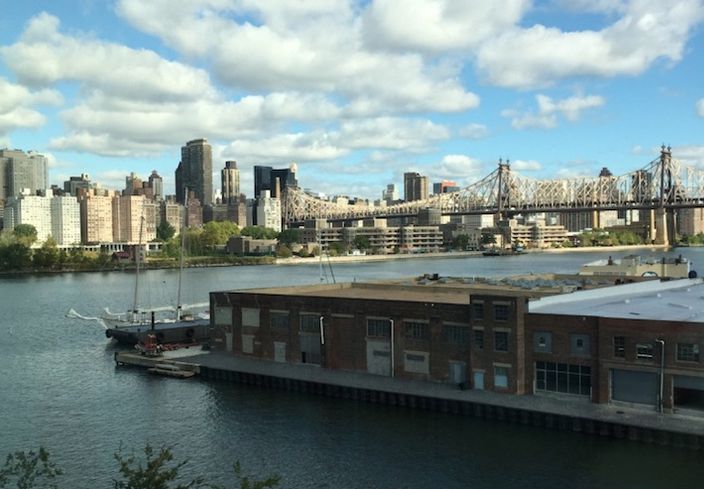 “I think that the conventional wisdom in New York politics today is that in most places it's a smart move to run to the left, and then I think on top of that, the fact that this year is a presidential election in which Donald Trump will be on the ballot will simply drive even more people farther to the left,” said Pinsky, the former Bloomberg administration official. All 150 seats in the New York State Assembly are up for election this year, as are the 63 seats in the New York State Senate.

Amazon’s plans to come to Long Island City was seen as a boon for its real estate and business community. The neighborhood reportedly saw a surge in condominium sales as a result of the deal, and brokers said sellers of commercial properties had been expecting to see better prices because of HQ2.

“Someday there'll be a book written about this, and our grandchildren will ask us why we ever chased away that opportunity,” Queens Chamber of Commerce CEO Thomas Grech told Bisnow.

The chamber has just launched a “Relocate to Queens” campaign, aimed at luring businesses to the borough, to coincide with the one-year anniversary of the Amazon blowup.

"Small, medium-sized and large-sized companies call me and say, 'If I come to Queens, am I going to get beat up and cursed at by city council? Am I going to be jeered at and booed if I decide to come to Queens?” he said.

“We have to all redouble our efforts on the Chamber of Commerce side and other business organizations to help the cause and make sure people know that we're open for business.” 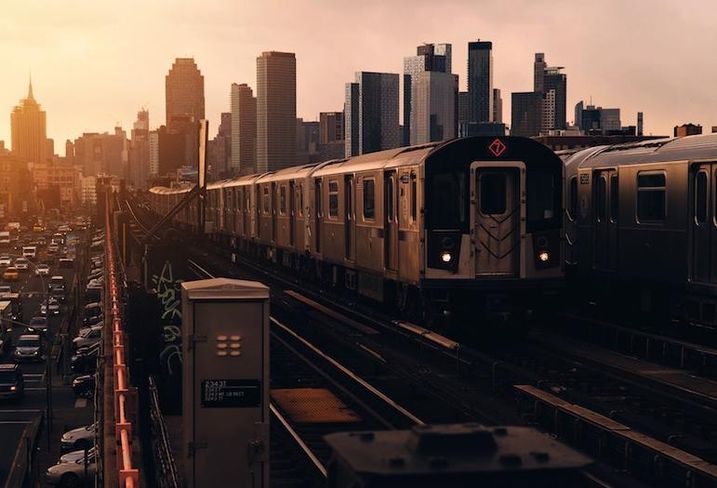 For some developers, it has been a cautionary tale in how to do business and get projects across the line. In the aftermath, the New York City Council pulled together owners of waterfront property to work out the future of the 28-acre site where Amazon’s headquarters was set to rise. TF Cornerstone, Simon Baron Development, L&L MAG and Plaxall are all part of the group, known as Your LIC.

So far, the group has completed three workshops with the community, and is planning more next month. Once it is finished with community outreach, the team will release a “framework” for the waterfront, which will then move to Uniform Land Use Review Procedure.

“Everyone knew [the HQ2 search] was this competitive, secretive type of thing … [When Amazon selected Long Island City] it was a year later and the landscape had changed,” said Bishop Mitchell Taylor, who is one of the people leading community engagement for Your LIC.

“One of the most important lessons that I think all of us learned and — I think there's enough blame to go around — is everyone should be a part of the conversation.”