Amazon is coming to New York City in April to look at potential sites for its much-anticipated second headquarters, multiple sources told Bisnow. 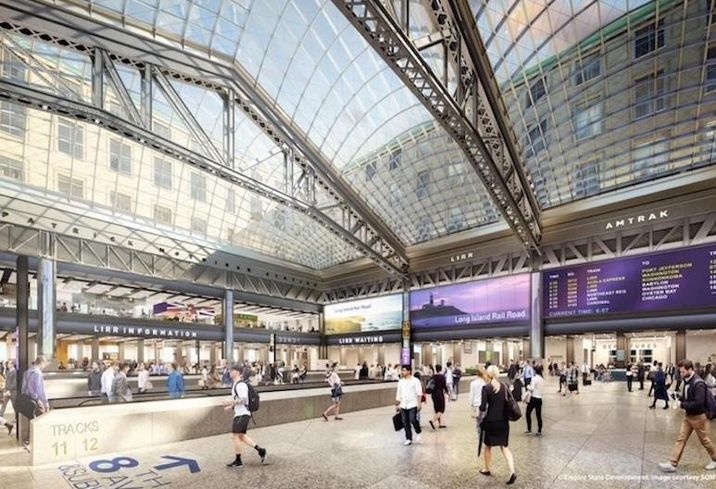 The e-commerce giant announced the 20-city shortlist for its planned second home, known as HQ2, back in January.

Both New York City and Newark, New Jersey, are candidates for HQ2, a $5B, 50,000-job lottery ticket for the winning city.

Sources, who spoke on the condition of anonymity, did not say the exact time of the tour, or where Amazon is planning to visit.

Amazon has reportedly already toured areas in D.C. — which some consider as front-runner for HQ2 — as well as Denver. A search committee reportedly paid Chicago a visit earlier this week.

"Amazon is working with each HQ2 candidate city to dive deeper on their proposals and share additional information about the company’s plans,” a spokesperson for Amazon said in a statement.“We’re excited to visit each location and talk about how HQ2 could benefit our employees and the local community.”

The company declined to comment further. In its official bid for HQ2, the New York City Economic Development Corp. pointed to four possible places in the city that Amazon could set up shop. Midtown West, Long Island City and the "Brooklyn Tech Triangle” — which includes Dumbo, the Brooklyn Navy Yard and Downtown Brooklyn — are all on the list. The Financial District is also a potential contender.

During its third-quarter earnings call last year, Vornado said the new Moynihan Train Hall is “front and center” as a possible place to house the second headquarters.

Many have predicted Amazon will skip New York City because of its high costs, but the city’s strong university system and deep talent pool has been considered a draw. A study released in November by Reis Inc. ranked NYC as the top choice for HQ2, claiming its access to mass transport outweighed high office and apartment rent prices.

Amazon already has an established presence in the city. In September, the tech giant announced it is taking 360K SF at Brookfield Property Partners’ 5 Manhattan West, and leased 120K SF at a WeWork at 2 Herald Square. It also has a giant distribution center on Staten Island.

Representatives from the EDC were not immediately available for comment.