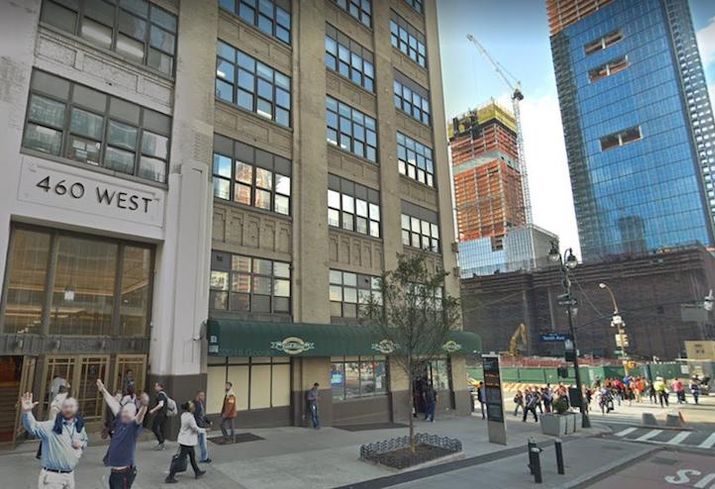 Pebblebrook Hotel Trust sold two New York hotels as part of its plan to sell between $750M and $1.3B of LaSalle legacy properties over the next six to 12 months.

The REIT announced it sold five hotels in San Francisco, Philadelphia and New York as part of its acquisition of LaSalle Hotel Properties. The sales generated $820M in gross proceeds, according to a release. In New York, Highgate Hotels bought Park Central New York at Seventh Avenue and West 55th Street, according to The Real Deal. The exact sale price Highgate paid is not clear, but Pebblebrook said the sale of the Park Central and its counterpart in San Francisco sold for a combined $715M. LeFrak Organization paid $38M for the other New York hotel, Gild Hall at 15 Gold St., according to TRD.

SL Green, as part of flood of announcements Monday, announced it is buying a majority stake in 460 West 34th St. — previously known as the Master Printers Building — in Hudson Yards from the Kaufman Organization. The deal values the building at $440M. The company plans to run a major redevelopment that will involve creating a new building entrance, new elevators and the “activation” of roof setback terraces. The announcement follows SL Green's finalization of the deal with HNA Group to increase its stake in 245 Park Ave., investing $148M. SL Green said it is now that building’s property manager, overseeing all leasing and operations.

Akelius Real Estate Management paid $31.5M to buy 28 West 22nd St. from the Van Alen Institute. Van Alen, which was previously known as the National Institute for Architectural Education, has owned the property since 1981, according to The Real Deal.

Slate Property Group and GreenOak Real Estate are joining together to buy a 52-story Manhattan rental building from The Jack Parker Corp. The deal for the building at 271 West 47th St., known as the Biltmore, closed last week. Slate and GreenOak are paying in excess of $280M. 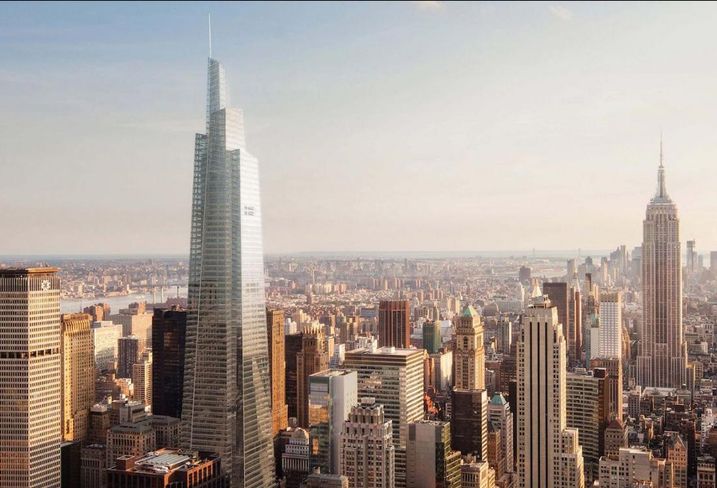 SL Green announced several new Manhattan leases Monday. At One Vanderbilt, it signed four new tenants that will bring the building to 52% leased. TD Securities has become the latest company to join the building, signing a lease for 119K SF across two and a half of the podium floors at the base of the building.

Along with TD Securities, SL Green signed three other leases at the under-construction supertall. MFA Financial is taking 30K SF there, and McDermott Will & Emery is adding 10K SF to its 140K SF lease. SL Green itself will set up its headquarters in the building across 70K SF. TD Securities also leased 52K SF across two floors of 125 Park Ave.

At 2 Herald Square, SL Green inked four leases spanning a total of 117K SF, including a deal to convey a 30-year leasehold on a 95K SF condominium to Mercy College, as well as an expansion deal with WeWork and new retail leases with Victoria’s Secret and Happy Socks.

Syneos Health, a biopharmaceutical solutions organization, signed up for an 86K SF sublease at 200 Vesey St. The building, part of the Brookfield Place complex across from the World Trade Center, spans 2.5M SF. The company will be moving from various locations around the city, and will take space on the 39th and 40th floors. JLL’s Erika Jean McNeil, Jonathan Fanuzzi, Kip Orban, Paul Glickman and Matt Astrachan represented the tenant, alongside Kevin Brandenburg in-house. Lisa Kiell, Michael Shenot, Ed DiTolla and Andrew Coe, also of JLL, represented the sublandlord, American Express.

All Year signed up a Foodtown grocery store as the anchor tenant at 54 Noll St., a rental building that is part of the Rheingold Brewery project in Brooklyn, The Real Deal reports. The store will span 15K SF and will feature a craft beer selection, a sushi bar and a buffet.

WeWork is taking 29K SF at 160 Varick St., owned by Hines. The deal is for the third floor and the location is due to open in the third quarter of next year. Savitt Partners’ Michael Schoen represented WeWork.

Knotel inked a deal for 17K SF at SL Green’s 110 Greene St., known as the SoHo Building, the flexible workspace provider announced this week. The deal marks the first time Knotel has signed a lease with SL Green. Knotel was represented by Elie Reiss of Skylight Leasing and SL Green used in-house brokers. The new lease is for the whole of the second floor of the 295K SF building. 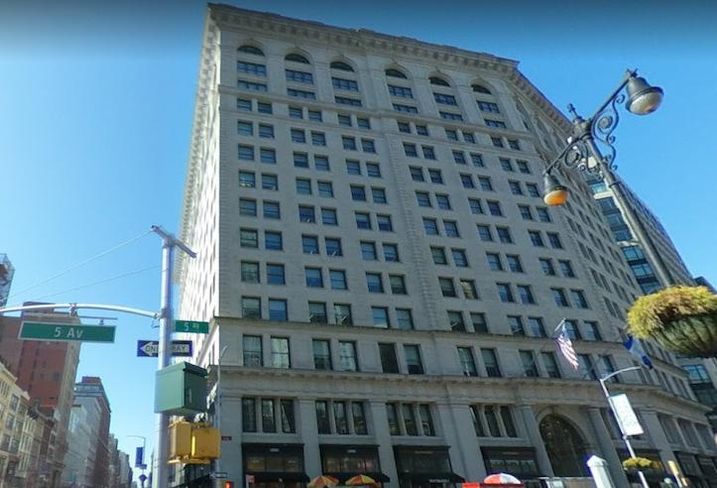 JPMorgan and L&L Holding Co. scored $600M from Bank of China to refinance the office and retail building 200 Fifth Ave. in Flatiron, The Real Deal reports. The financing includes a $200M gap mortgage. The building is home to Eataly and Tiffany & Co.

SL Green announced Friday that it had scored $225M for the development of 185 Broadway, a planned 31-story, 260K SF residential and retail building in Lower Manhattan. United Overseas Bank Limited and Helaba provided the financing, which has a term of three years and two one-year extension options.

The New York City Housing Authority and Hunt Real Estate Capital loaned in excess of $200M in Fannie Mae funds to MDG Design + Construction and Wavecrest Management, Commercial Observer reports. The financing is for the purchase and renovation of a multifamily portfolio in the Mott Haven neighborhood of the Bronx. The portfolio features 39 multifamily buildings and one community center. NYCHA provided just over $79M in two Fannie loans, while Hunt provided a total of $120.6M in two Fannie loans.

Square Mile Capital Management loaned $161M to Midtown Equities and Rockwood Capital for their purchase of One Broadway, Commercial Observer reports. Along with the purchase of the 218K SF building, the money will be used for the repositioning of the property. The financing includes a $74.2M senior loan, a $25.6M building loan and a $24M project loan.

Deutsche Bank provided $162M to Tahl Propp Equities and NYC Partnership Housing, The Real Deal reports, for the renovation of two affordable buildings in Harlem. The properties are at 112 East 128th St. and 107 East 126th St. The financing replaces a loan of $91.9M from Centerline Mortgage provided five years ago.