This week, plans for a massive office spread on the West Side of Manhattan were revealed, a new office tower scored financing and a Downtown Brooklyn hotel traded. 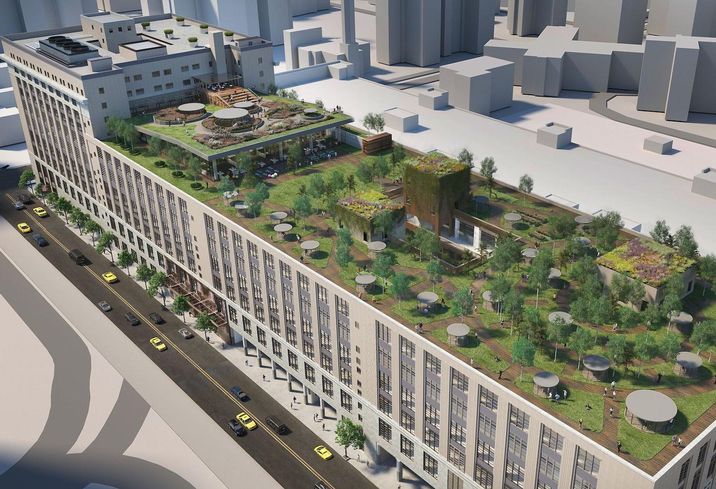 Tishman Speyer is building a brand-new development in the 10-story Morgan North Postal Facility. The company announced last week it has agreed to a 99-year ground lease with the United States Postal Service to redevelop the upper floors of the facility in West Chelsea into 630K SF of offices. Ultimately, the building will feature floor plates between 48K SF and 200K SF, and the seventh floor will open onto a 2.5-acre rooftop. Ceilings will be up to 17 feet high. The construction at the site, which spans an entire block at Ninth to Tenth Avenue and 29th to 30th streets, is slated to begin next year and wrap in mid-2022.

Brookfield locked down an anchor tenant for its next big office development, Two Manhattan West. Law firm Cravath, Swaine & Moore announced it is taking 481K SF in the 1.9M SF tower in a space that will span floors 25 through 37. Cravath was represented in the deal by CBRE’s Lewis Miller, Andrew Sussman, Cara Chayet and Munish Viralam. Cushman & Wakefield’s Bruce Mosler and Josh Kuriloff represented the landlord, alongside Brookfield’s Duncan McCuaig and P.J. Massey.

Fisher Brothers inked a deal for Global X Management Co. to take 14K SF at 605 Third Ave., the landlord announced. The lease is for 15 years, spans the entire 43rd floor and means Global X will move from 600 Lexington Ave. John Picco and Jennifer Casey of Cushman & Wakefield brokered the deal for the tenant. The landlord was represented in-house by Marc Packman and Charles Laginestra, as well as Bruce Mosler, Louis D’Avanzo, Andrew Ross, Michael Baraldi and Maria Travlos of C&W.

Conference and events venue etc.venues is taking nearly 30K SF at Boston Properties’ 601 Lexington Ave., the tenant announced. The London-based company builds out and rents meeting space. The space has been a conference center for Citi and will now be remodeled, according to the release. It is etc.venues' second location so far in the city, with plans to open as many as 12 locations in New York in the next several years, The Wall Street Journal reports. CBRE’s Taylor Scheinman, Michael Movshovich and Gary Davies represented the tenant with KDB Advisors’ Brian Halberg. 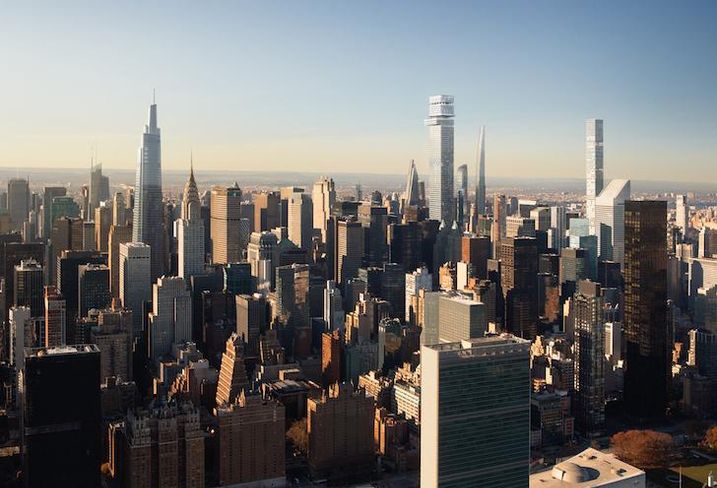 TMRW, courtesy of Gensler
A rendering of Tower Fifth, the proposed supertall in Midtown Manhattan from Harry Macklowe

Macklowe Properties locked down around $192M for its planned Midtown skyscraper — known as Tower Fifth — from Fortress Investment Group, The Real Deal reports. The financing is for three sites: at 7 East 47th St., 5 East 51st St. and 12 East 52nd St. Two of those sites, on 52nd and 51st streets, are part of the assemblage for the tower. The money includes a new mortgage for about $50M, and replaces Fortress' previous $124M loan on the site, per TRD.

Square Mile Capital Management has loaned $430M to GFP Real Estate and Northwind Group for the redevelopment of 100 Pearl St. The 970K SF building is also known as 50 Water St. and 7 Hanover Square. New York City Health + Hospitals has already agreed to take 526K SF at the 50 Water St. portion of the building. 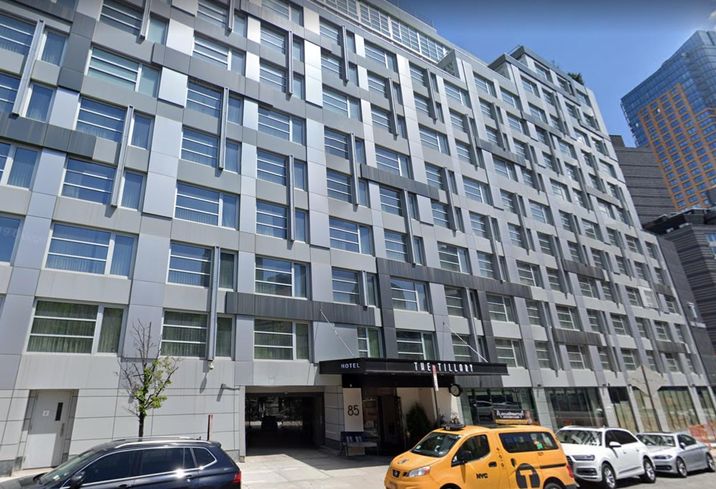 Cornell Realty Management and Rubin Equities Inc. paid $90M for 85 Flatbush Ave. Extension in Downtown Brooklyn, PincusCo reports. Chetrit Group and Robert Wolf’s Read Property Group were the sellers. The purchase was made across two transactions and includes both the Tillary Hotel and the adjoining rental building, 60 Duffield, per the publication.

Sela Group, run by Gal Sela, paid $55M for a warehouse at 29 Ryerson St. in Clinton Hill, PincusCo reports. The seller was Madison Realty Capital, which paid $45M for the property in 2015. The warehouse spans 215K SF and has been slated for an office conversion, according to PincusCo.