End Of An Era: WeWork Closing Its First-Ever Location 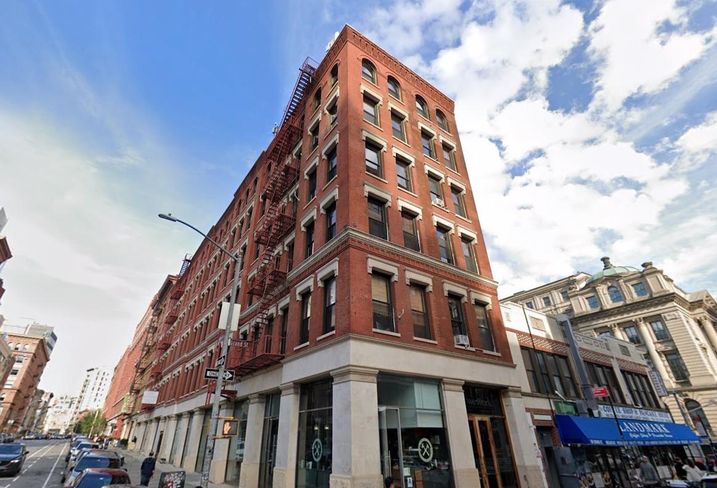 WeWork is shutting down the location of its first-ever coworking space as the company moves to reassess its vast global footprint.

Co-founders Adam Neumann and Miguel McKelvey used a 3K SF space at 154 Grand St. in SoHo as the launchpad for the coworking giant that eventually became the biggest private commercial tenant in New York City. The lease at the space is ending, and the location will be closed in July, The Real Deal reports.

“In streamlining our portfolio towards profitable growth, we have decided to move on from 154 Grand,” a spokesperson told TRD.

WeWork wrote to members informing them of the lease expiration, saying that the firm has “reflected on the past 10 years and the indelible mark this building has left on us, our community, and the company as a whole.”

The six-story building is owned by The Eretz Co. The space started as a one-floor lease, and Neumann and McKelvey sodablasted the brick walls and painted the elevator before its opening in 2008. Other WeWork SoHo locations include 428 Broadway, 140 Crosby St. and 175 Varick St.

Last week, it became public that WeWork had backed out of a lease to occupy 115K SF as the anchor tenant at Columbia Property Trust’s 149 Madison Ave. redevelopment. The embattled firm is now valued at less than $3B, a sizable drop from $47B early last year. Its bid to go public last fall went spectacularly awry, and its biggest backer, SoftBank Group, has since announced it is dropping out of a promised bailout plan.

WeWork CEO Sandeep Mathrani said the firm is rethinking about 20% of its leases.

Both its founders have departed. Neumann was ousted as CEO last year and is reportedly planning to sue SoftBank over the soured deal for the company to buy $3B worth of the WeWork’s shares, many of which Neumann still owns. McKelvey, who had been serving as WeWork’s chief culture officer, announced he is stepping down at the end of June.