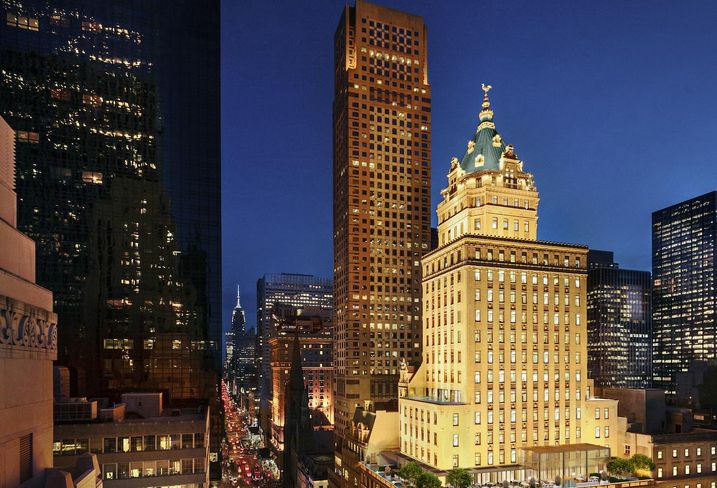 The developer turning part of Fifth Avenue’s iconic Crown Building into a high-end hotel and condominium has locked down a hefty construction loan for the project, Bisnow has learned.

Cain International has loaned OKO Group — the development company formed by Aman CEO and Chairman Vladislav Doronin — $750M in construction financing for its planned conversion of the upper part of 730 Fifth Ave. Cain provided $450M in mezzanine financing and worked to arrange a senior tranche of $300M from Bank OZK, the companies said. This loan replaces the $284.5M Cain provided for the project in January.

“It will be a game changer for the city,” Doronin, the Russian-born developer who founded Moscow-based Capital Group, said in a statement.

The project, where a penthouse is reportedly under contract for an eye-watering $180M, is set to open in the last quarter of 2020. Though the luxury residential market in New York City has been flagging in recent years, Doronin told The Wall Street Journal this summer he is hoping the project is sufficiently unique to “fly above the clouds."

OKO Group and Cain are partnering to develop the 57-story 830 Brickell in Miami, the first new office tower in that city for a decade. They are also working together on Miami condo projects Una Residences and Missoni Baia.

Doronin bought the top part the Crown Building, floors four to 24, from Jeff Sutton’s Wharton Properties and what was then GGP (before it was acquired by Brookfield) back in 2015 for around $475M. Sutton and GGP had paid $1.8B for the full building earlier that year.

At the time Michael Shvo, who pleaded guilty to tax evasion last year, was a partner with OKO on the project. Shvo is no longer a co-developer, although he has kept an ownership stake, according to The Real Deal.

Wharton and Brookfield locked down an $800M refinancing loan from Apollo Global Management last month, per TRD, for their jointly owned retail condominium.

CORRECTION, OCT. 1, 10:15 A.M. ET: Russian-born Vladislav Doronin is the CEO and chairman of Aman. An earlier version of this story misstated the company’s official name. This story has been updated