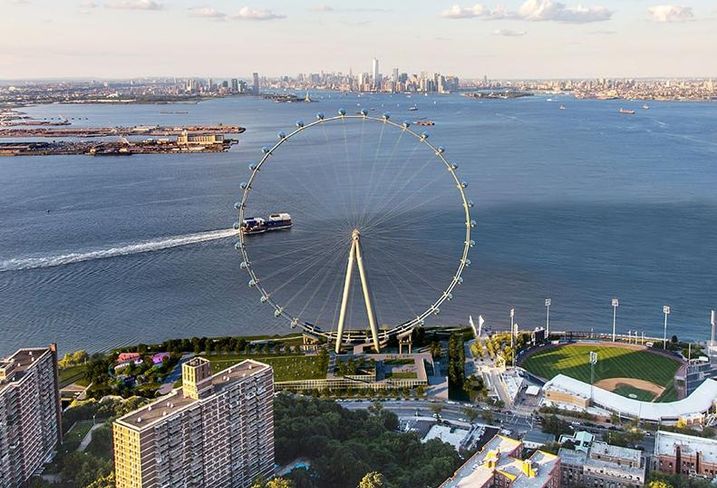 Plans for the New York Wheel on Staten Island's waterfront, slated to be one of the world’s tallest Ferris wheels, have been officially scrapped.

“After years of planning, the developers of the New York Wheel announce, with great disappointment, that the dream of building a world-class attraction in Staten Island will unfortunately not come to fruition," New York Wheel spokesperson Christyne Nicholas told the Staten Island Advance.

The cost of the Wheel had reportedly ballooned $900M, but developers and city officials still hoped it would become a major attraction and revitalize the area. Of the Wheel's funding, $206M came from the EB-5 foreign investor program.

Under EB-5, foreigners can get a green card in exchange for a minimum $500K investment into projects that generate jobs.

The program that gave the cash injection under EB-5, CanAm Enterprises, said the 412 investors should still receive their permanent, unconditional residency, even if the plans for the Wheel are now canned. CanAm Enterprises CEO Tom Rosenfeld told the newspaper that it would "see investors through their respective immigration processes.”

“This project came very close to completion and had already fulfilled all requirements as defined by the EB-5 program,” he said. “As a secured creditor, we also expect to enforce our rights and remedies including, among other things, in the collateral pledged to secure our loan.”

The project has been plagued with problems, and last May the staffers at Mammoet-Stameth, the Wheel's designer, walked off the job because of a dispute about pay. The developer, also named New York Wheel, asked a judge to order the work to resume.

The resulting court action revealed ongoing problems, including construction delays and cost overruns, as well as the New York City Department of Buildings' issuance of a stop-work order over faults in the structure.

Mammoet-Stameth then filed for bankruptcy, but in May the firms reached an agreement to try and move ahead with the project, with January set as a deadline to get it back up and running. When the city refused to issue tax-exempt bonds for the project, investors Lloyd Goldman and Jeffrey Feil both said they were close to calling it quits on the project.