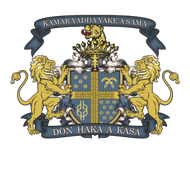 No More Fighting For Crumbs: An Accelerator's Mission To Bring Equity To Contract Bidding

Before Desmonde Monroe founded his own development shop, he worked in New York State's Governor's Office of Storm Recovery, helping oversee the $4.4B relief effort in response to Hurricane Sandy. As he saw funds roll out to repair roads, power lines, buildings and infrastructure, Monroe noticed a pattern.

Despite the requirements that state, city and federal agencies are under to work with companies owned by women and minorities — and despite the fact that the communities he was helping were made up largely of people of color — only a fraction of the contracts and an even smaller fraction of the billions of dollars for disaster recovery were going to minority- and women-owned businesses.

The disparities Monroe saw inspired him to build a company that would help erase inequities through community and economic development. Now, his development company, The Monroe Group LLC, is launching an accelerator program to empower certified firms with owners from underrepresented groups structure their businesses for growth in the public and private sectors and become a more powerful force for economic change in their communities.

“There are hundreds of billions of dollars in public contracts handed out every year, but in major cities, M/WBEs usually only receive around 1%, so there’s a pervasive belief that we have to fight over the crumbs,” said Monroe, who serves as the Monroe Group’s president and CEO. “But if we bring everyone to the table and show that we are not each other’s competitors, we can start building coalitions rather than wiping each other out.”

The Monroe Accelerator will consist of a 30-day online interactive master class for Minority, and Women Business owned Enterprises, Disadvantaged Business Enterprises, Service-Disabled Veteran-Owned Businesses and SBA 8(a) founders to prepare them to bid on public and private contracts. The accelerator's modules, which are being offered remotely, cover topics including business development, marketing, sourcing and procurement, RFP and RFI forecasting and building joint ventures and partnerships.

In 2020, the city of New York awarded 4.9% of its $22.5B in contracts to M/WBEs. The NYC Comptroller's recent Making the Grade report, which evaluates the city on creating economic opportunities for M/WBEs, assigned New York what it considers only its second passing grade — a C — after four straight years of D+ marks. With a huge proportion of certified firms facing the possibility of extinction because of the impact of the coronavirus, Monroe believes it is more important than ever for these owners to have the tools they need to get the work they know they have the capability to handle.

The idea to create certification for minority- and women-owned businesses came from an executive order by President Richard Nixon in 1969, which created the Minority Business Development Agency. The state of New York alone has certified thousands of M/WBEs, and there are inclusion officers in every public agency of New York City who mandate that a proportion of the contractors on public projects are M/WBEs.

However, Monroe said, there have not been enough resources to help those businesses compete in the bidding and procurement process against larger and better-established companies. The result is that despite inclusionary legislation, certified firms are effectively boxed out of the procurement process for major public construction projects including airports, highways, schools and hospitals, Monroe said. By making these businesses more competitive in the bid process, he hopes that he can make the world of contracting more equitable.

“This is not about affirmative action,” Monroe said. “This is about empowering owners to be competitive so that they can have more than just a seat at the table, so that we all create better, stronger projects and communities.”

The impact of winning a contract can extend far beyond the contractor itself. Certified firms winning government work means more jobs in underserved communities and ways to strengthen communities across the country. As the founder of his own development firm, Monroe knows how transformative it can be to fully control where investment flows, and he hopes more young people of color are able to follow this path toward building wealth and empowering their communities. Monroe’s hope is to create a similar curriculum to teach in high schools.

“M/WBEs do more than just strengthen the economy,” Monroe said. “They teach Black and Brown children about entrepreneurship and socio-economic development. Seeing someone who looks like you reach for the American dream, hold it tight and build a better life can give children the confidence that they can achieve their own dreams.”

This article was produced in collaboration between The Monroe Group and Studio B. Bisnow news staff was not involved in the production of this content.

We provide the tools to ensure that adequate housing development and infrastructure projects provide services to communities and create jobs through the expansion and retention of affordable housing. We design developments that engage communities and stakeholders that help organizations—agencies, developers, businesses, investors—attuned to 'what matters' and 'what it takes' to propel progress.

As issues continue to interact and intertwine, the Monroe Group's offerings and ways of working—ever inclusive, always learning, and increasingly asset-based—will evolve and adapt on the shared journey of progress for resilient, thriving communities.
Confirmed! You are subscribed to the Bisnow New York E-Newsletter.
Most Read Stories
More Top Stories
Bisnow NY Newsletter
Bisnow NY Newsletter