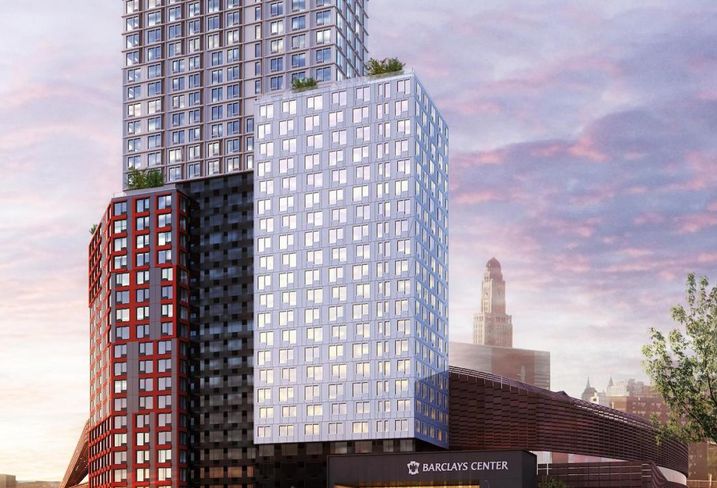 With 461 Dean St (rendered above) weeks away from opening, the time has come for Forest City Ratner to execute its planned disposal of its modular construction business.

Forest City CEO MaryAnne Gilmartin told Bisnow this winter she planned to sell the modular construction plant it built in the Brooklyn Navy Yard, as part of a partnership with Skanska that went sour, and she found a buyer: former FC Modular SVP Roger Krulak, to launch his new venture, Full Stack Modular.

“We’re not a manufacturing business,” she said in January. “It was always imagined that that process would be done by somebody else."

When at Forest City, Roger was a leading member of the team behind 461 Dean, the world’s tallest modular building, which is now leasing. Many members of the 461 Dean St team are expected to be rehired by Full Stack.

MaryAnne says the deal allows Forest City to focus more on management and development rather than construction, although she insists the company remains “firm believers in modular construction.”