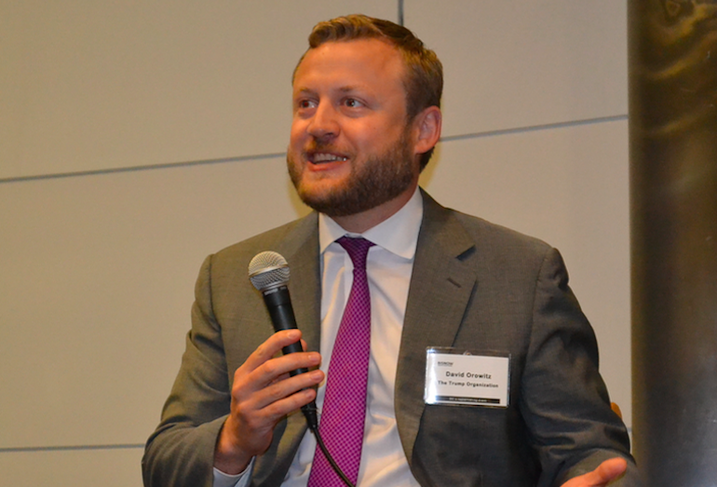 Bisnow
David Orowitz at a Bisnow event in 2015

The development executive who helped spearhead one of the nation's most high-profile projects for The Trump Organization, before abruptly resigning the day after it opened last fall, has a new employer.

Even though he stepped down from the Trump Organization in October, Orowitz remains proud of the hotel project, which has attracted several visits from the president since he took office. It has also been a key point of controversy, with patronage from foreign diplomats and the matter of Trump's family leasing property from the federal government he now oversees.

"I follow it very closely and I’m very invested personally in that hotel," Orowitz said in a telephone interview Wednesday afternoon. "I think it turned out great personally. It is very easy to find out information about it, which is nice. If anything, there’s too much information to read about it."

Manhattan-based L&L, run by CEO David Levinson and chief investment officer Rob Lapidus, specializes in repositioning old buildings — and Manhattan has more than almost any city in the world — into 21st century marvels. One of its projects, 425 Park Ave., set the record last year for most expensive per-square-foot lease in New York history when hedge fund Citadel signed for the top floors.

"The organization historically has done a lot of very big, very complex New York City office repositioning redevelopments," Orowitz said. "These complex, challenging projects that require a lot of planning and creativity are not dissimilar to the Old Post Office in that every one of the projects are a one-off, the challenges are different and you’ve got to figure out the right way to make it a success."

Orowitz started his new role Monday, and he cannot yet say which projects, new or existing, he will take on in his new position.