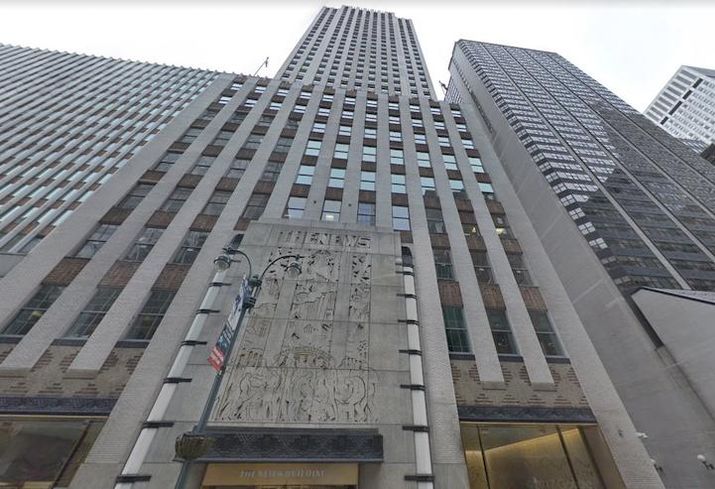 The 42nd Street skyscraper that was once home to the New York Daily News has sold, but not quite at the price its longtime owner had hoped.

SL Green has entered into a contract to sell the building for $815M, or roughly $715 per SF, the real estate investment trust announced. While SL Green didn't name the buyer in its release, Commercial Observer reported Jacob Chetrit is the prospective buyer.

If all goes according to plan, the sale will close in the first quarter, SL Green said. The firm paid $265M for the 37-story building at 220 East 42nd St. in 2003 after making a $53.5M preferred equity investment two years prior.

Reports emerged at the start of this year that the REIT was looking to sell the property, with an asking price possibly between $900M and $1B.

“The sale of the historic News Building demonstrates the continued demand, both international and domestic, for large, fully stabilized assets in East Midtown," SL Green co-Chief Investment Officer Isaac Zion said in a statement. "This sale also furthers our strategy of selling assets into a healthy investment market and using the proceeds from these sales to repurchase deeply discounted shares of our stock while maintaining a low leverage profile.”

The Art Deco building is 476 feet tall and was built to serve as the Daily News' headquarters in 1920. Last year, the Visiting Nurse Service of New York bought a 30-year leasehold condominium there, paying $91.8M. The healthcare nonprofit took 308K SF in the building as part of the transaction, which was announced in 2016.

It is not the first major purchase for Chetrit this year. In January, he and his sons, Michael and Simon, acquired the Midtown office tower 850 Third Ave. from HNA Group for $422M.