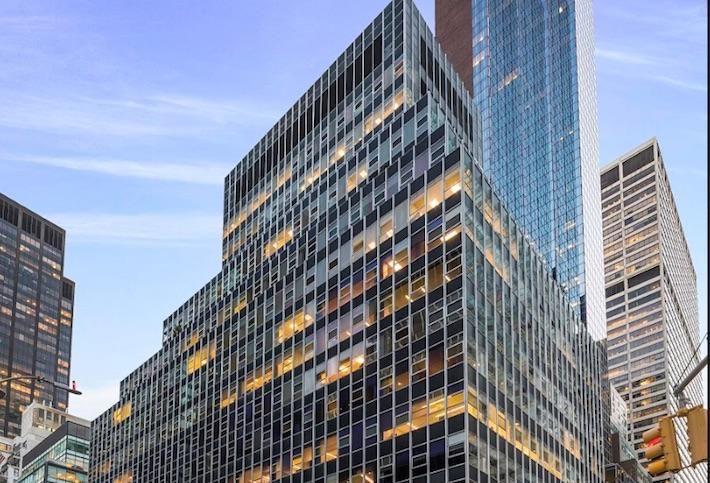 Jacob Chetrit and his sons, Michael and Simon, have acquired the Midtown office tower 850 Third Ave. from HNA Group as the Chinese conglomerate continues to shed its American real estate holdings.

MHP Real Estate Services and ATCO Properties & Management, both minority owners in 850 Third, also sold their stakes in the building in a deal that closed Tuesday afternoon, Bisnow has learned. The sale price was not made public, but a source close to the deal said the building traded for $422M.

“Our experience in the New York City office market has enabled us to make wise investments in this competitive marketplace," Michael Chetrit said in a prepared statement. "We view 850 Third Ave. as a balanced investment, due to its existing strong tenant roster and the opportunity for future upside."

Debt-laden HNA is taking a loss on the building. HNA paid $463M for 850 Third in 2016 amid a buying spree of United States trophy real estate assets.

MHP Senior Managing Director Esther Zar represented all sides in the sale. The Real Deal reported last year that a member of the Chetrit family was under contract to purchase the building.

“We are thrilled to have sold this notable asset to a well-respected and established family in the NYC real estate arena," MHP CEO David Sturner said in a statement. "They secured themselves a fantastic deal. We look forward to working with our friends, Jacob, Michael and Simon Chetrit, on future opportunities."

Last summer, the U.S. government was reportedly considering a plan to seize HNA’s stake in the 21-story, 617K SF building, because of a national security concern.

HNA denied the reports at the time, saying it was “grossly inaccurate and misleading to suggest" there was a forced seizure or sale of the building, however it noted there were “unique facts and circumstances regarding the location” of the property.

An area of concern for the government is that the building has one of only two police precincts near Trump Tower, according to a Bloomberg report.

HNA has been offloading properties all year, as it works to reduce its debt and adapt to the Chinese government’s capital controls.

Last year, SL Green reached an agreement to invest $148.2M in 245 Park Ave., for which HNA paid $2.2B in 2017 — the last headline-grabbing Chinese acquisition in Manhattan real estate — and secured a $1.8B financing package. SL Green was a junior lender on that deal and now controls the management and leasing of the skyscraper.