There are two, parallel main drags in the Greenpoint neighborhood of Brooklyn. Manhattan Avenue, true to its aspirational name, frames Midtown trophies: the Citicorp Building, with its 45-degree angle roof, and the absentee billionaire honeycomb 432 Park Ave, whose brash skeletal frame some have likened to the world’s longest extended middle finger. 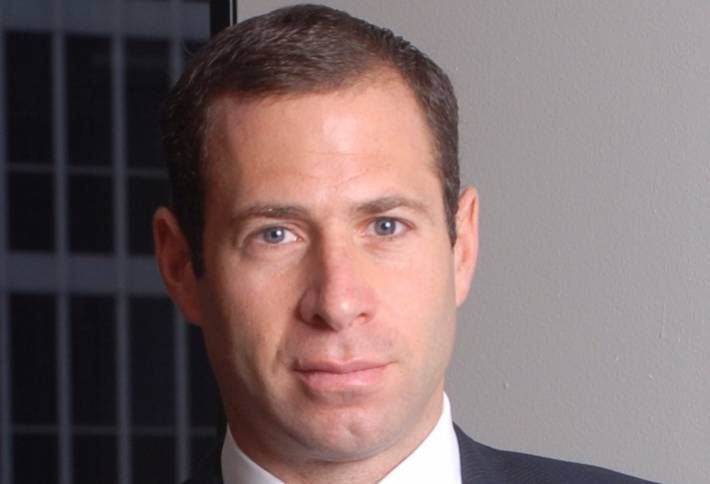 Manhattan Avenue is lined with a confused welter of dollar stores, dive bars, trendy restaurants and, in a nod to the neighborhood’s immigrant roots, Polish greasy spoons. To the west, and one block inland from the water, Franklin Street hosts a more uniform, shabby-chic mélange of cool kid boutiques and hip bars in dive bar clothing.

But change is coming to Brooklyn’s northernmost waterfront. A few years from now, an archipelago of sleek high-rises may very well fortify the coast from the 59th Street bridge in Long Island City, Queens, all the way down to the Manhattan Bridge in Dumbo. And Mack Real Estate Group will be the bearer of change in Greenpoint with 145 West St, a 39-story condo tower flanking a portion of the East River that is set to resemble the high-rise luxury compound of Williamsburg to the south.

Richard Mack, the company’s co-founder, knows the area is a gold mine—and a challenge. Regarding the 25k SF retail component of the 600-unit 145 West he says, “We understand we’re ahead of the market, but that it’s coming. We’re not convinced the market is there for the type of establishment that we want.”

Mack wouldn’t say exactly what type of retail tenant the company wanted. (J. Crew recently opened in prime Williamsburg, while a Whole Foods and an Apple Store are under construction in the former artists colony.) But his company’s faith in Greenpoint was strong enough to warrant speculation in the form of a retail placeholder. “We’re considering doing concepts of our own,” he says. “One idea is a coffee shop that we own and manage” and view as an amenity. Pictured: Richard Mack. 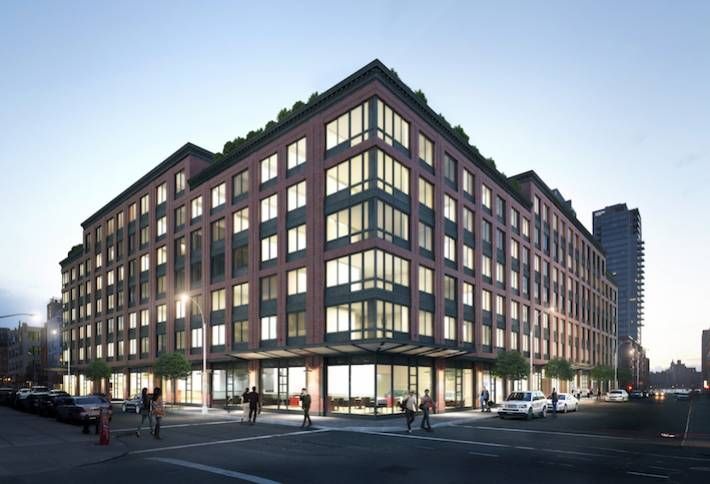 “We may have to overspend to put in what we consider an institution reflective of the neighborhood,” he says.

Despite Mack’s claims of blending in, many in the neighborhood are wary. His building is set to rise alongside the 10-tower, 5,000-unit “Greenpoint Landing” project, a staggering growth spurt in a neighborhood fiercely protective of its small-scale charm that former Mayor Michael Bloomberg’s 2005 rezoning put at risk.

The preservation-minded group Save Greenpoint arose in opposition to the development, released a rendering that portrayed the condo buildings as dwarfing the Empire State Building, and eventually threatened to sue over the four-acre site’s construction.

Real estate pros are accustomed to community pushback. And as the member of a generational New York real estate powerhouse, Mack is especially familiar with controversy. Indeed, hurdles come part and parcel with the mission statement outlined by his company on its website: “A focus on key, high barrier-to-entry, transit-oriented, urban markets.” Pictured: 50 North 5th, Williamsburg, Brooklyn 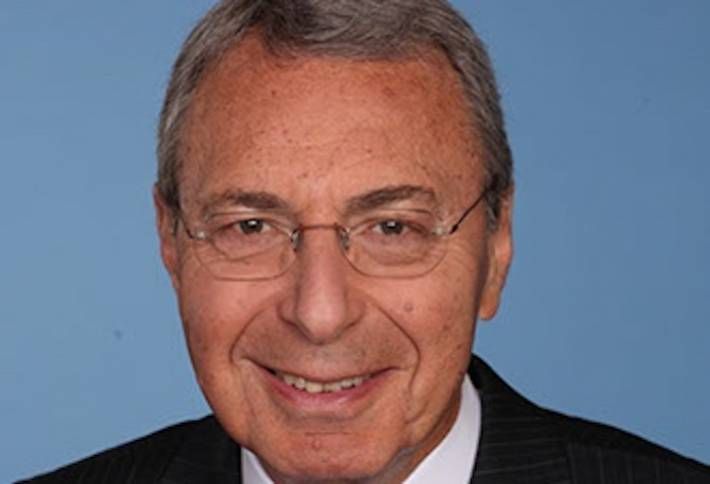 Mack readily concedes he faced lower barriers than most to entering real estate. His father, William Mack, began his climb to prominence in the early 1960s after co-founding the Mack Co and reorienting it from warehouses to Class-A offices. He went on to become the chairman of Mack-Cali Realty, among America’s largest public REITs. Richard has called his dad an “elder statesman and chief critic.”

Richard spent childhood weekends at construction sites so that he could see his dad “a little bit.” “It was easy for me to fall into the business,” he said. “And it seemed fun to a 21-year-old.” Richard went to Wall Street at that age, working in real estate investment banking at Shearson Lehman Hutton. As clouds gathered on the economic horizon in the late 1980s, Mack found a safe haven at Columbia Law School, commuting there through Central Park, on motorcycle from his Midtown apartment.

Law school lit a spark in Richard, who had burned out on Wall Street and corporate life. “At Columbia I was working on a lot of different cases,” he says. “I decided in my third year that I wanted to go work in the district attorney’s office and become a DA. At that point my dad called and said he and [Apollo Global Management’s] Leon Black were thinking of starting a real estate fund, and I’d like you to join me. And that was it.”

It was 1993, and real estate funds were something of a novelty at the time. That sense of being in a new frontier suited Richard. “As inexperienced as I was, I look back and I don’t know how they’d have found someone with the right experience. It was so new." Pictured: William Mack. 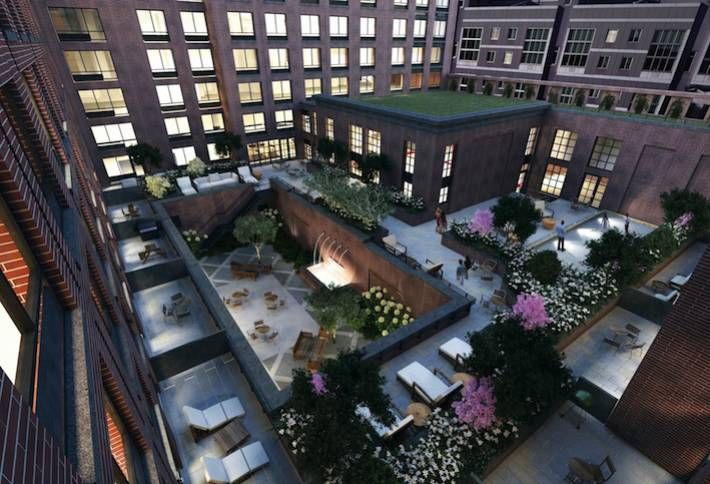 Area started out with $500M. Richard didn’t expect to stick around after the company had invested it. But real estate private equity came into its own shortly after the founding of the fund, which became a key player in the ascendant field.

The company would become an original investor in Manhattan’s Time Warner Center, where it holds its offices to this day. Additional marquee investments include the 22-acre St. Katherine Dock in London and Hyatt Regency in Waikiki. Apollo also became the largest creditor of Olympia & York following its 1992 bankruptcy, a transaction that gave Richard one of his most valuable learning experiences.

“I can’t take credit for buying the O&Y bonds,” he says. “I was too junior. But a lot of my friends were junior guys who made that deal happen. There was no information on O&Y’s underlying assets. So my friend John Jacobson and I were literally walking the floors—there was no security in those days—trying to confirm which tenants were on which floor and putting together cash flow models with zero information.” Pictured: Exterior courtyard, 50 North 5th, Williamsburg, Brooklyn. 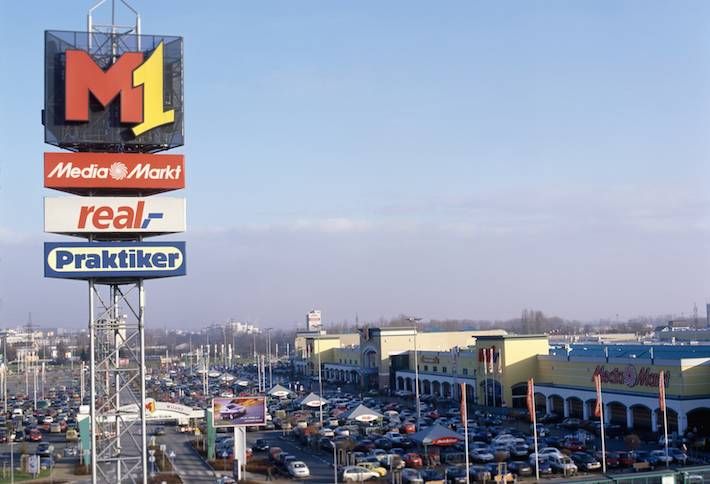 Another seminal deal came in the late ‘90s, brought Richard to Poland and fit the parameters of the family’s focus on tough-to-penetrate markets. Ares hadn’t entered the Central European market yet, and the specter of the countries in the region reverting to communism loomed large. But Poland’s newly unleashed capitalist potential struck Richard, who instigated the purchase of shopping centers from the German retailer Metro. (Greenpoint, coincidentally, has for decades been a hub of Polish immigration.)

“I went over there,” he says, “and came away with the conclusion, as a young person, that Poland wasn’t going back to Communism, which was a real fear back then."

There were three or four Western brokers who controlled the market for multinational tenants. The best credit tenants in the world couldn’t find space. And they’re paying New York City rents for crappy buildings. I came back [to New York] and sat down with my dad and other senior partners and they looked at me like I had two heads.”

Incredulity about the future of real estate in the former Soviet bloc dissipated further when Richard studied Metro’s impressive financials, including bonds that traded at 9.5%. “At that point we made a 20-year lease at 9.25%, 775M euro purchase deal. That’s probably still the best deal we’ve done.” The investment was refinanced 18 months later to the tune of $840M. Eighteen months after that, AREA sold a 50% interest at a valuation of $1.2B. Pictured: Krakow, Poland. 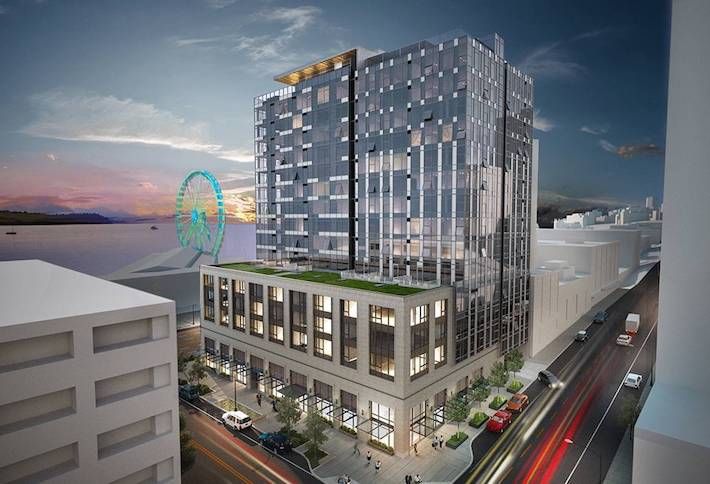 That and other successes propelled AREA to $14B in equity commitments spanning 600 deals in 2013, when alternative asset manager Ares acquired it. Richard says the deal was motivated by an itch to capitalize on demographic and financing trades through a nimbler company.

“It was a confluence of things,” he says. “We felt that if we could have the opportunity to go after things where we had a lot of wind at our back, and invest our own capital in that, that it was hard to say no to.”

The revitalization of urban downtowns led to Mack Real Estate Group’s focus on Class-A multifamily developments like 145 West St. And the changes wrought by Dodd-Frank and other post-recession legislation led to an enticing opportunity in the transitional lending sphere.

“If you look at middle-market lending in the corporate world, that is completely dominated by private lenders,” he says. “We think that will happen in the real estate business as it relates to transitional loans.” 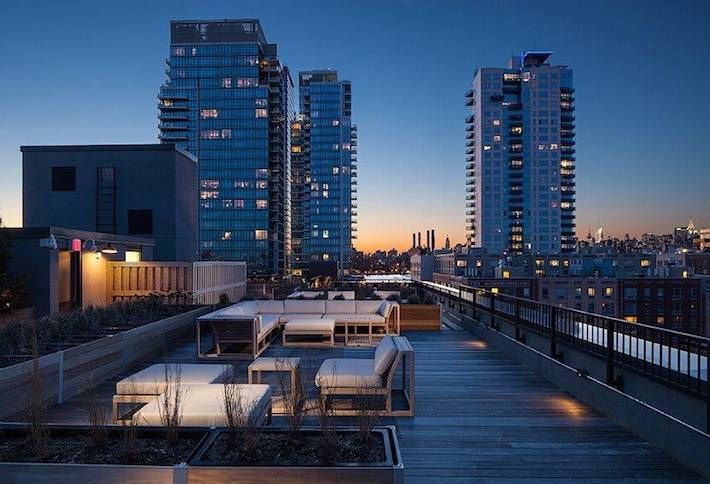 As for what will happen in terms of property, Richard has faith in the long-term health of New York, which accounts for 40% of the company’s portfolio. Greenpoint still represents something of a frontier. On the other hand, Williamsburg has passed the “tipping point” of vast unmet potential. Other neighborhoods may be nearing it.

There “may be some things to be concerned about in Downtown Brooklyn,” he says. "I think over the next two, three years, Greenpoint will see 3,000 units. Downtown is expected to see 7,000. I’d argue Greenpoint’s a nicer place to live than Downtown, but Downtown has better infrastructure."

“The question is: Will Downtown Brooklyn be able to absorb many more units because of transit? Or will quality of life trump infrastructure?” (On the subject of Greenpoint infrastructure, 145 West St abuts a ferry platform, and Mayor Bill de Blasio recently trumpeted ferries as a linchpin of future citywide transit improvements.) 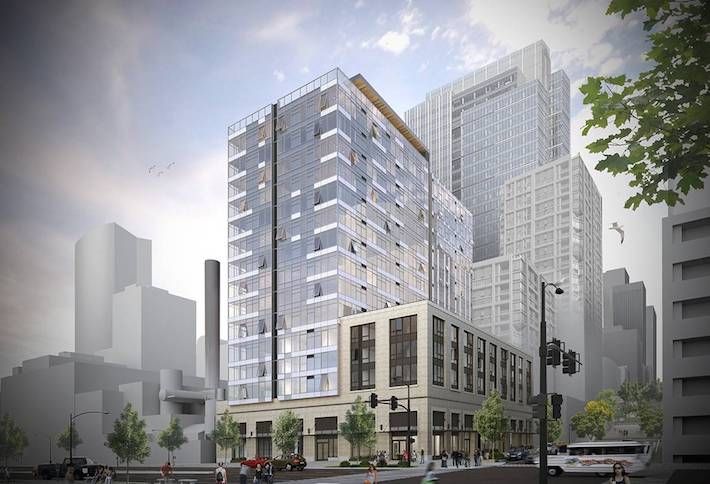 Outside of New York, the firm focuses on coastal cities with above average population and employment growth and those all-important barriers to entry. Yet the company hasn’t found the right deals in Boston and Richard thinks that Washington, DC, has extra supply. The difficult regulatory market in Los Angeles makes it a tempting target. But Richard believes booming Downtown LA is on the verge of Williamsburg-style oversupply.

Should Mack Real Estate Group spur oversupply in Greenpoint, Richard will clearly relish seeking out the next frontier. After all, for him and his dad, “real estate is not just a vocation; it’s a passion.” And given the focus of much family conversation, it’s a passion that may extend to Richard’s three sons. For the Macks, “it’s business and sport to talk real estate.”

“There are some aspects where people might think it’s unhealthy,” he says with a laugh. “But I think we have it in proper context where the passion doesn’t invade our lives or intrude on having proper relationships. “